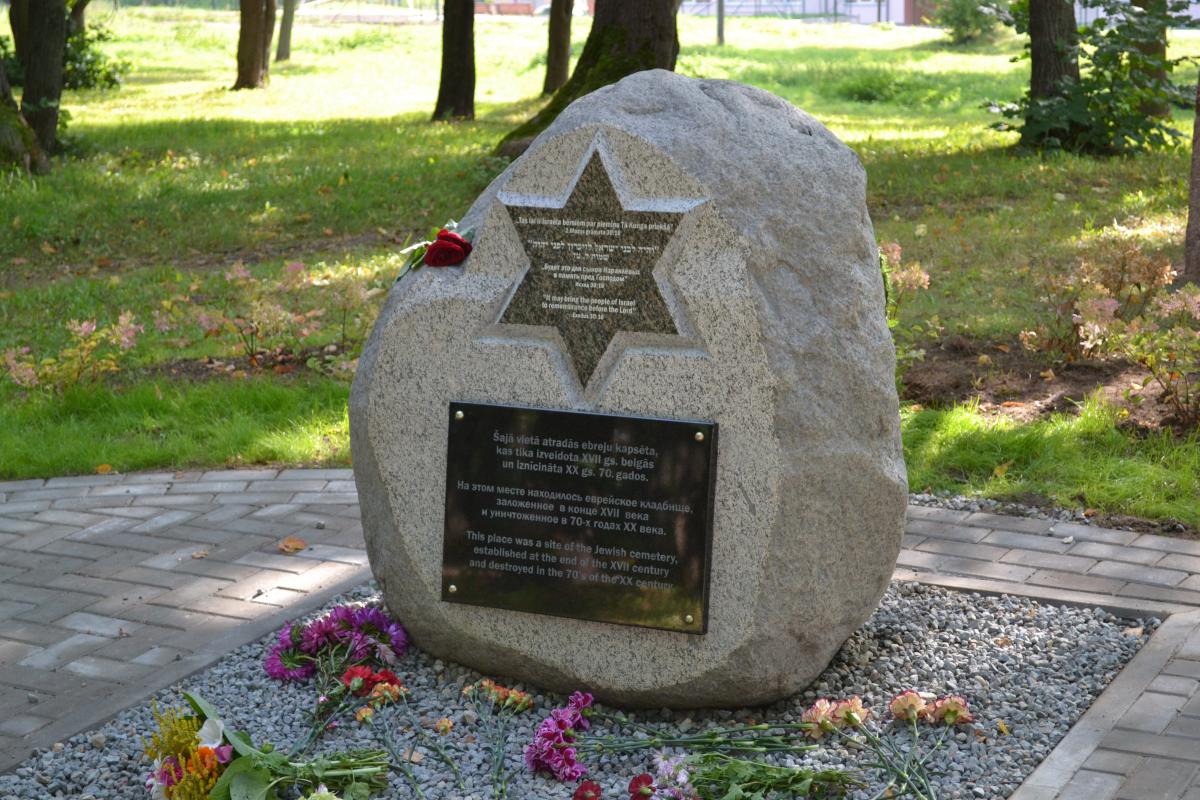 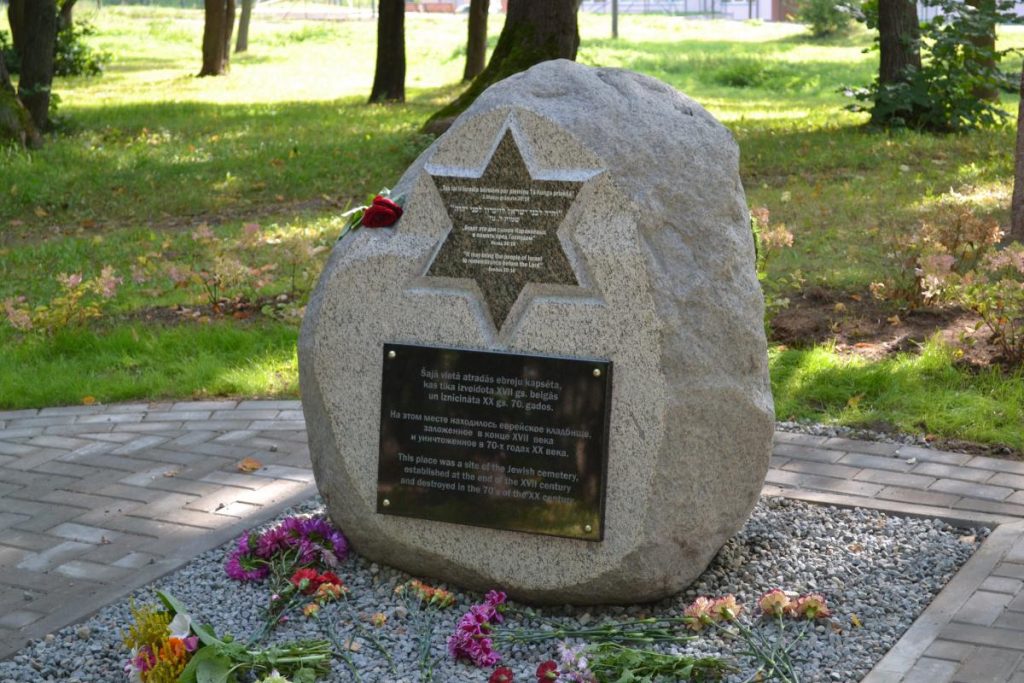 The memorial stone by artist Juris Pundurs was erected on September 12, 2013, in Aizpilsētas park close to the Gubisces lake (behind Daugavpils 15th Secondary School), in the place where once was the old Jewish cemetery.

There is the Star of David and the tablet on the memorial stone. The words from the Second Book of Moses (30:16) are carved at the six-pointed star in four languages (Latvian, Hebrew, Russian and English): “And it shall be a memorial of the children of Israel before the LORD”. And below there is the tablet with an inscription in Latvian, Russian and English languages: “This place was a site of the Jewish cemetery, established at the end of the XVII century and destroyed in the 70’s of the XX century”.

There was the old Jewish cemetery (the end of the 17th century) on Sunezers peninsula close to Gubisces lake, that was destroyed in the 70’s of the XX century, in Soviet times. The cemetery was destroyed and the park was established there. Some graves moved to a separate area of a Communal cemetery. Not only ordinary Jews were buried in this cemetery, but also Rabbi Meir Simcha Katz-Kagan, Ruchko, Rabbi Rogachev and other, as well as remains and ashes of 2000 Jewish children that was burned in Daugavpils ghetto.