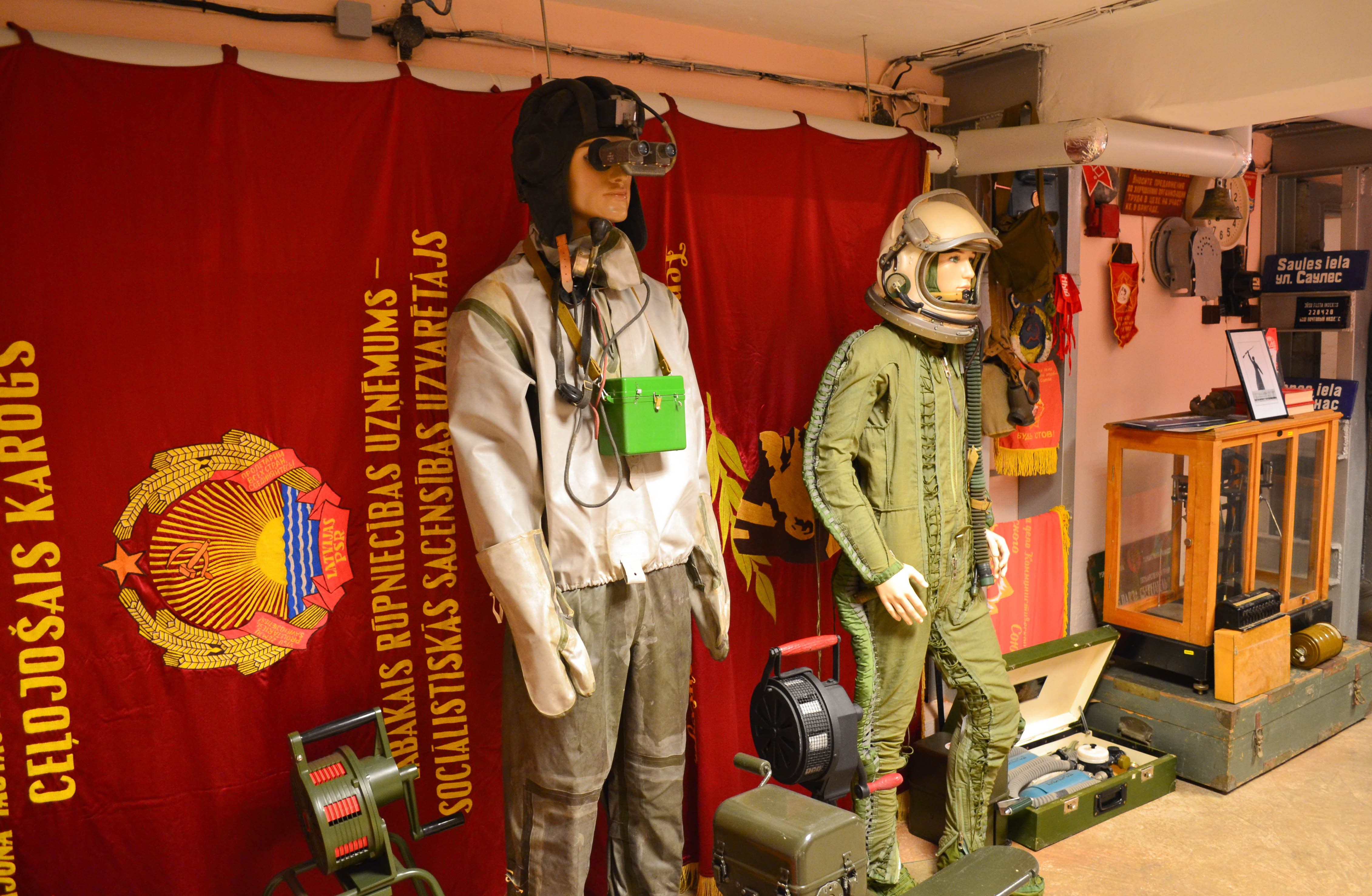 “Bunker” gallery is located in the basement of an apartment building in the authentic Soviet-era bunker with the heavy original metal door. There are more than 300 exhibits that belongs to different periods of history: the end of the 19th century and the beginning of the 20th century, World War I and World War II, Latvia’s first independence period and Soviet time. There are various exhibits in the gallery – maps, posters, gas masks, different types of remedies, special clothing, radiation measuring instruments and other items that displays a theme of Civil Defense. Every one can explore various exhibits of so-called post-Soviet modernism: diplomas, flags of labor collectives, pennants as well as certificates, passports of the USSR citizens, bonds etc.

There are ancient maps, postcards, newspapers, banknotes and coins. There are also different communication tools – Morse apparatus, telephone sets, payphones and telegraph apparatus. Abacus, calculating machines, radio, pumps, badges, street plates, different types of clothing including student uniforms – all these every one can see in the rich collection of the gallery. The busts of Soviet leaders, brought from abroad and different places of Latvia, makes this collection very appealing. There are also very rare exemplars in the gallery – various items that were used by the staff of the State Security Committee (KGB) and even a gas mask for the horse.

There are regular meetings of collectors and various exhibitions in the “Bunker” gallery. Visiting by appointment only!