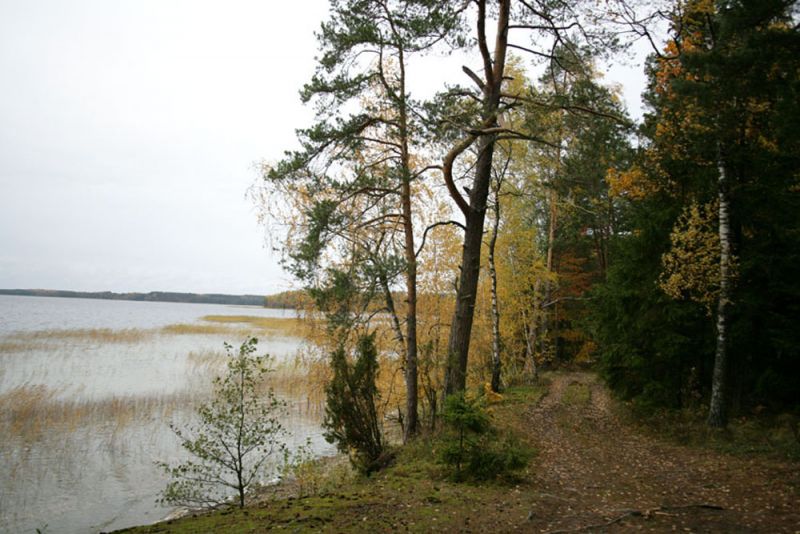 “Silene” is a nature park situated in Daugavpils region, in Demene and Skrudaliena municipalities near to the border of Belarus. It was founded in 1977 as a complex nature reserve and has an area of 37.9km2. In the Park there are 24 lakes, including parts of Lake Riču (5.9km2), Lake Sitas (0.4km2) and Lake Sila (2.6km2). There are also several small marshes, biggest from which is Glušonka marsh – a nature reserve that has an area of 142.3ha. Pine stands as well as pine-fir and fir-deciduous forests predominante in the nature park. European pond turtle, fire-bellied toad, great crested newt and forest dormouse can be found in the marshes and lakes of the park. Black storks, black kites and lesser spotted eagles nest in park’s forests. In the Southern part of the Park, in Belarus boarder area, there is nature reserve “Ilgas” and Daugavpils University’s Study and Research Centre ”Ilgas”.