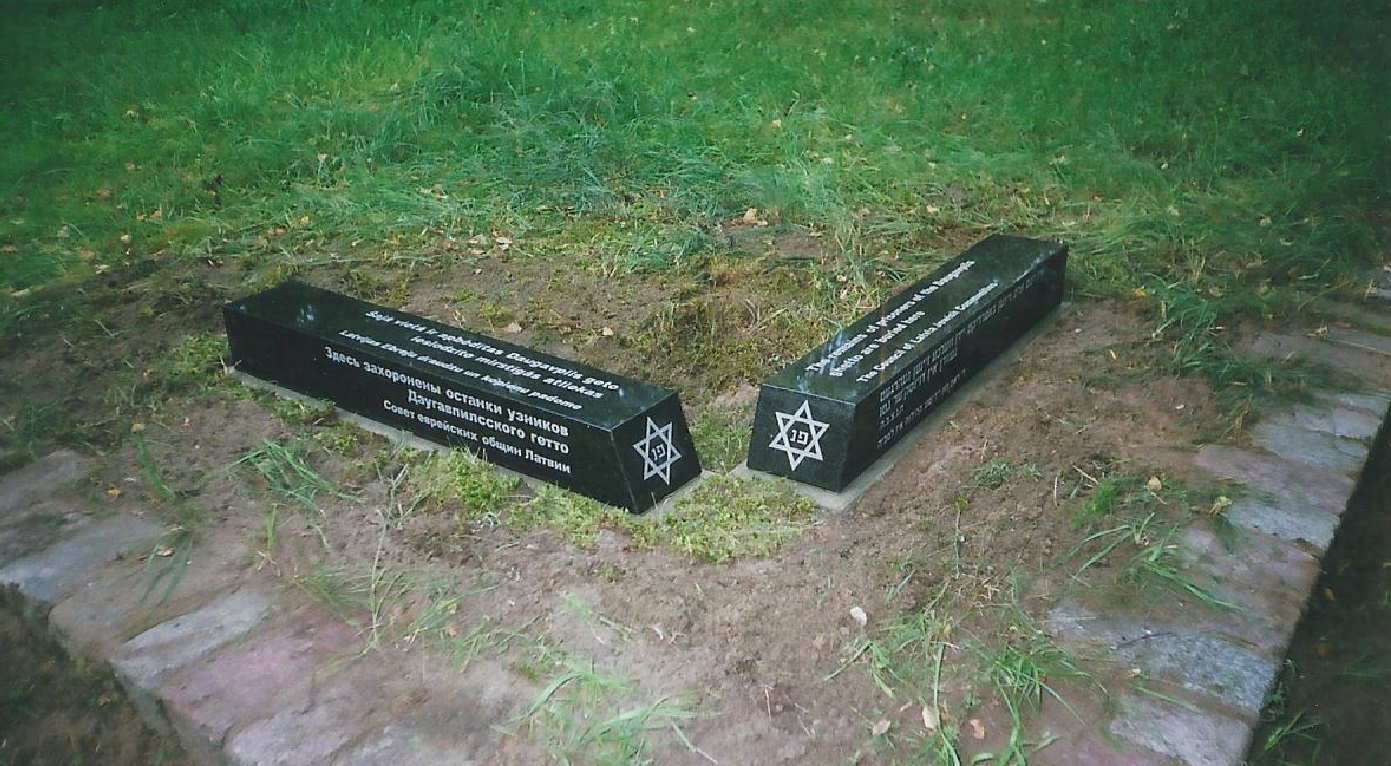 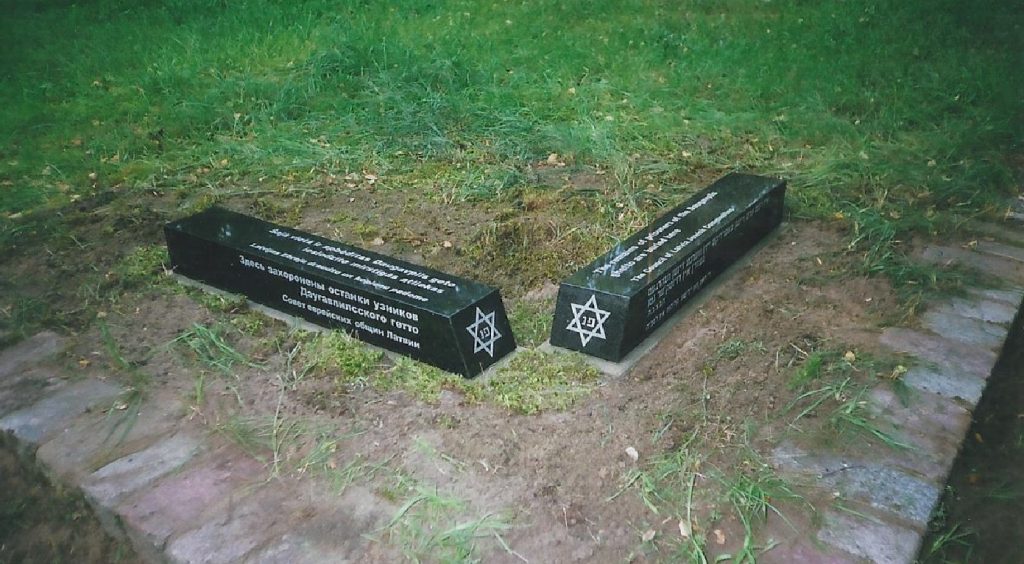 The Nazi troops entered Daugavpils on 6 June 1941 and already on the first days of occupation launched the campaign to exterminate the Jews of Daugavpils. Pursuant to an order of 15 July 1941 all Jews had to move to the ghetto – a fortification on the left bank of the Daugava River. The majority of those imprisoned in the ghetto were Jews from Daugavpils; however, later a couple of thousand Jews from towns and rural areas in the vicinity were driven here – from Krāslava, Grīva, Višķi, Indra, Kārsava, Dagda, Ilūkste district and other places (also from Lithuania). In total approximately 15 000 to 20 000 Jews were placed in the ghetto, of which less than 100 persons survived. From July 1941 to the end of 1943 in the Mežciems (historical name – Poguļanka) Forest Jews, taken from Daugavpils ghetto at various times, were shot here. The exact number of victims is unknown. In 1960 a memorial (sculptor Harijs Sprincis, architect Zigurds Ābelīte) to the victims of Nazism was unveiled in the Mežciems Forest; however, the most part of the monument was destroyed in the 1990s. On 9 July 1989 Jewish activists from Daugavpils reinterred the remains that had been found at the end of the 1980s in Mežciems in separate pits. In 2007 the Council of Jewish Communities of Latvia placed on the site two black granite plaques with an inscription in Latvian, Russian, English and Hebrew: “The remains of prisoners of the Daugavpils ghetto are buried here”.