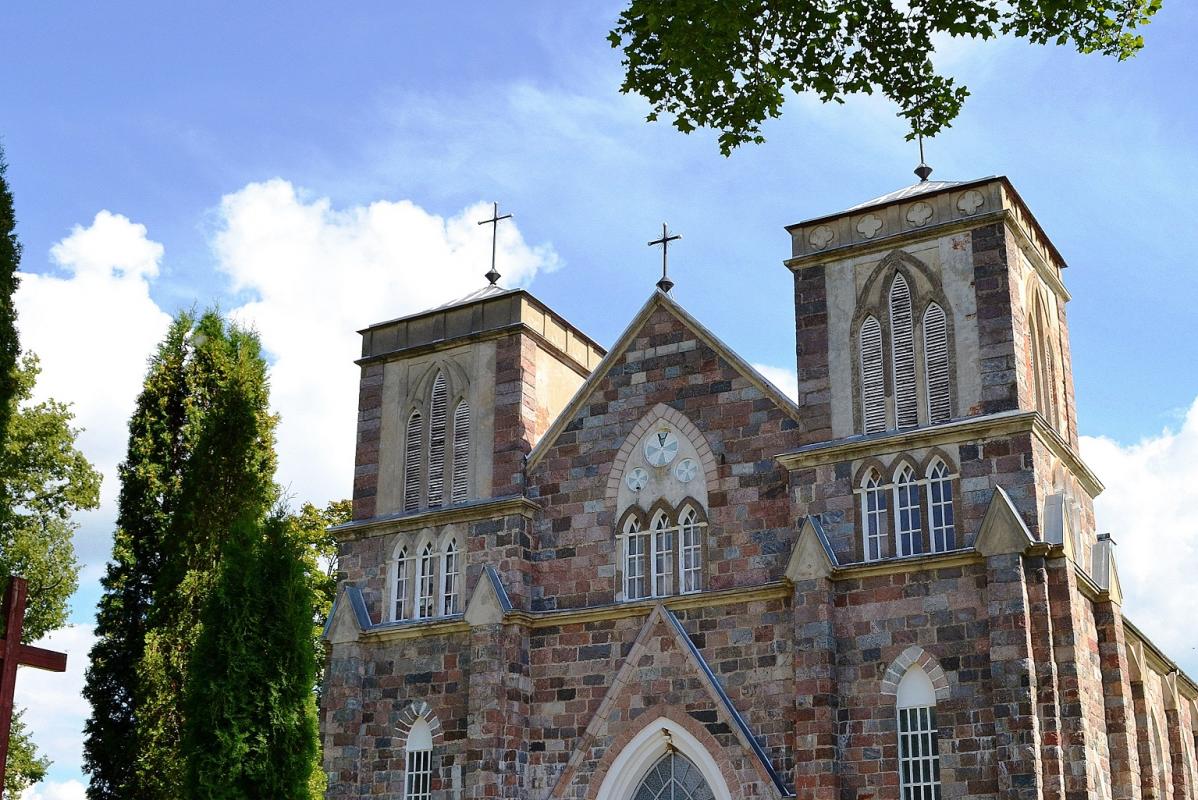 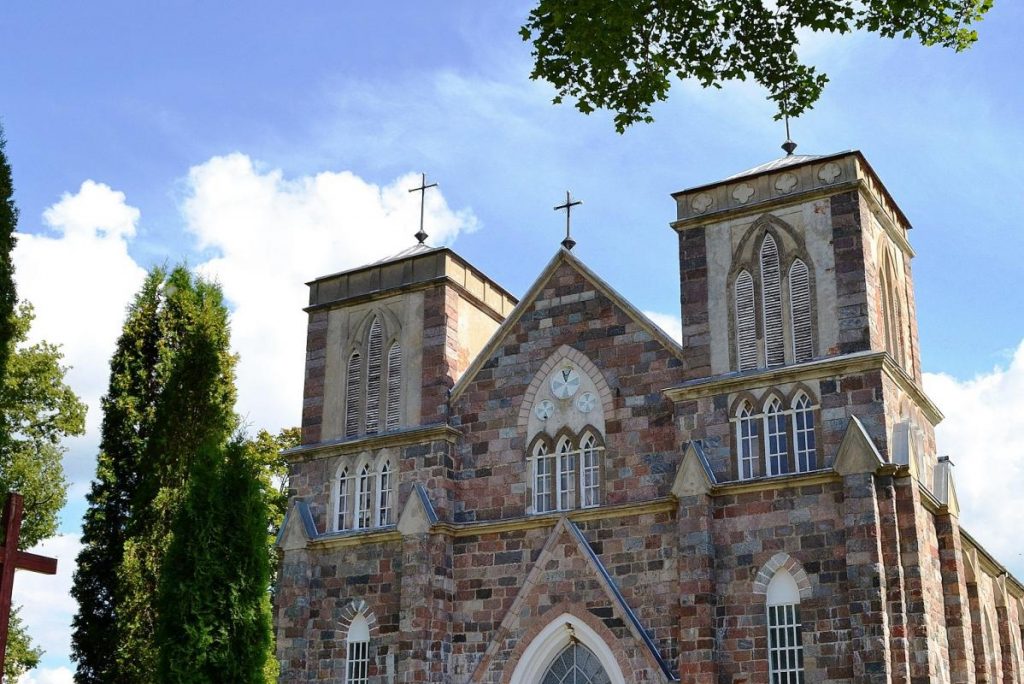 History of the church:
The name of Juzefova (Jezupova) originated from the name of landlord Juzefs (Jezups) Sadurskis. Earlier its name was in Lithuanian “Naujene” or “Novene”. First wooden church in Juzefova was built before 1685. Bishop N. Poplavskis in 1685 consecrated one altar in Jezupova Church. Probably the church was recently built and there were no other altars to consecrate. This church in Jezupova existed for at least 97 years. In 1782 at the expenses of Stanislavs Sadurskis in Jezupova built new wooden church that was devoted to St. Peter and Paul. This church existed for 162 years. In 1944, when Germans retreated, it burnt down. There was left only a house of the parish. Daugavpils dean Vladislavs Zundo in this building established a praying house and there he conducted services. At the time of Janis Strods the building was rebuilt. To the building was attached a presbytery and a sacristy. The ceiling was removed to make the building higher. The church (praying house) of Juzefova Parish was 14m long and 9.8m wide mill building. During the activity of dean A. Blazevics (1961 – 1970) the church was planked and roofed with plate-tin. There were placed 2 side altars, was purchased the painting of St. Peter (work of painter Peilane). During the service of dean J. Mukans (1970 – 1977) the church was coloured from the inside, its outside walls were covered with white bricks, double windows were put, around the territory of the church there was built wooden fence propped up with concrete columns. There were purchased paintings of Jesus’ Heart, St. George, Birth of Jesus, the Last Supper of Christ, and Resurrection of Jesus Christ.
Building of Juzefova stone church was started in the time of dean I. Broks (1934 – 1936). In 29 June 1936 the principal of Aglona gymnasium, dean Aloizs Broks consecrated the foundation of the church. The church was built of abated stones. In the time of dean I.Broks the church was built only up to the level of windows. In guidance of dean A. Turks it was built up to the roof. Then came time of the War and building works were stopped. The church remained unfinished till 1959. In guidance of dean S. Petusko and the student of Spiritual seminar Olgerts Daleckis in 1961 building work were finished, but soon the church was expropriated. In Soviet times there was a club, a library, and other institutions. The church was regained only in 1989. In 27 December 1989 it was consecrated by bishop V. Nukss. In 1990 inside reconstruction works have been done, as a result church regained her look.