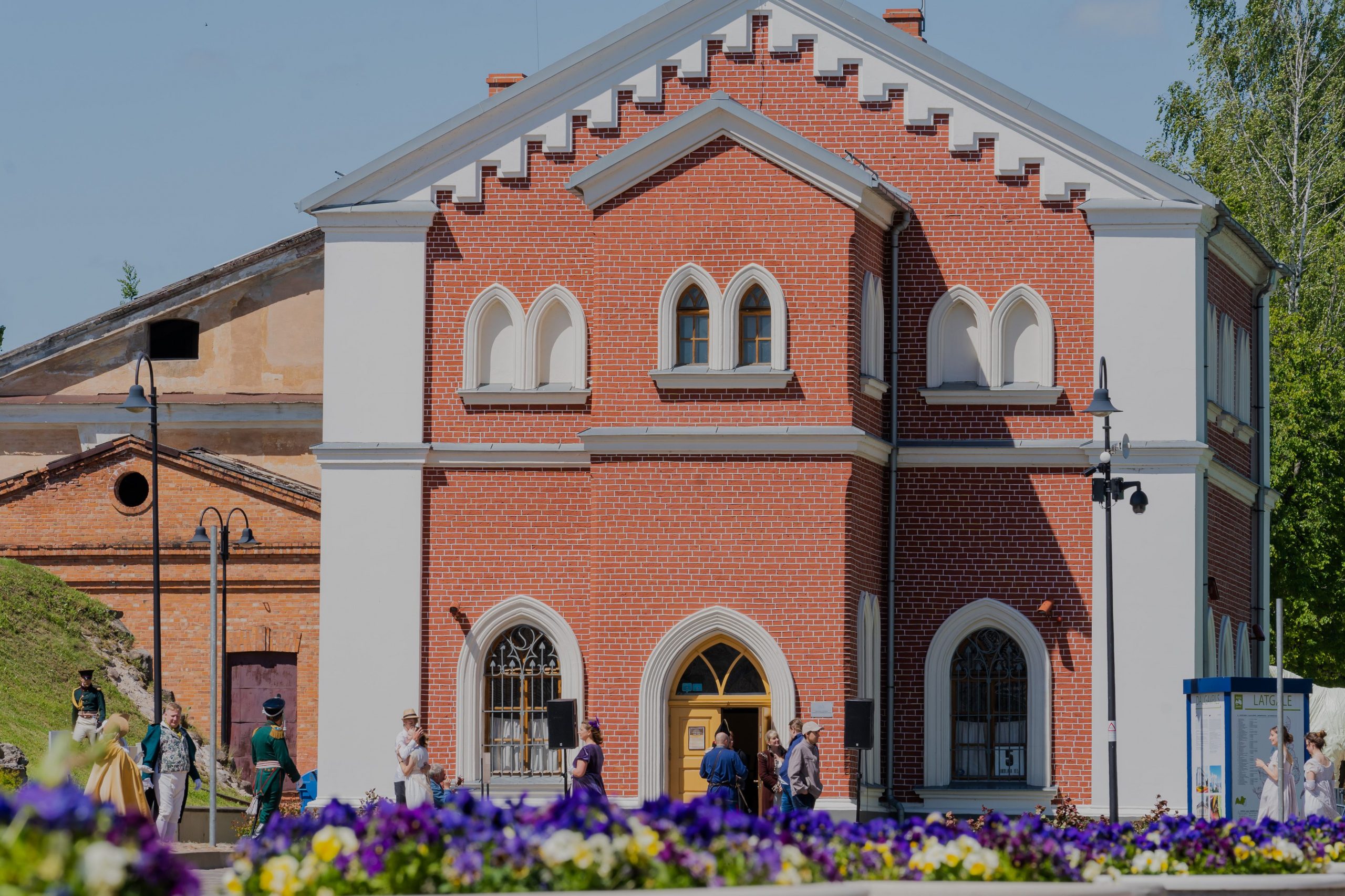 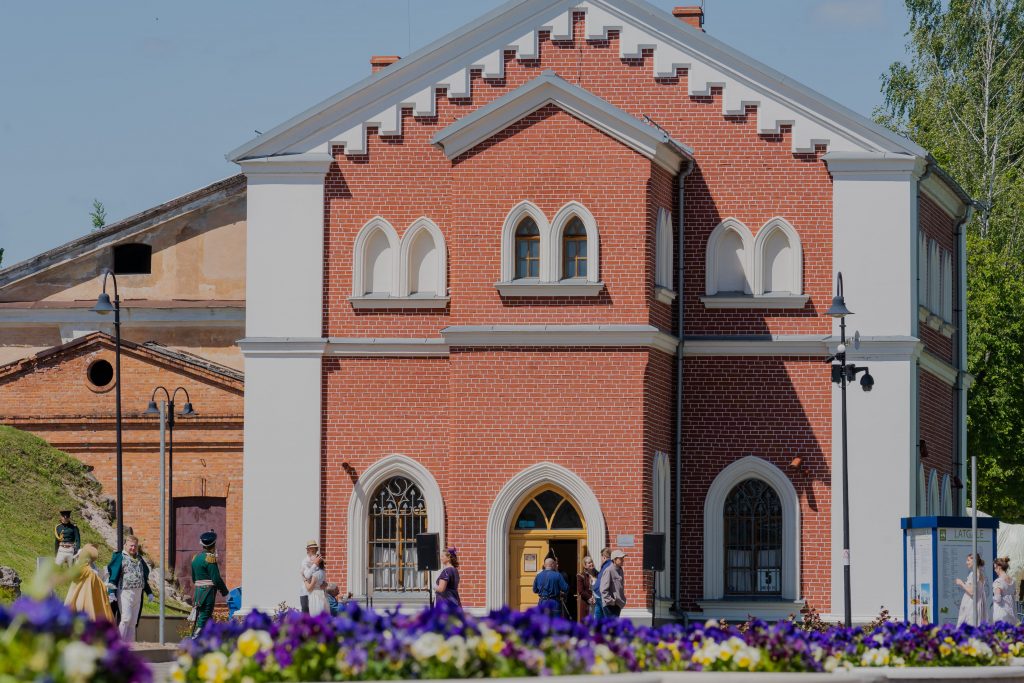 Daugavpils Fortress Culture and Information Centre is established in the building of a former water tower the foundations of which were laid in 1865. Previously the building was a component part of the fortress water – supply system and also provided water to the fountain in the fortress boulevard. According to the data of the Russian State Archive of War and History, in 1889 the water-supply system in the fortress was already operating. Three wells were located on the bank of the Daugava River. A huge metal vessel of 3000 buckets in volume was filled with water by the steam engine. The vessel has been preserved in a very good condition, and till now it is a symbol of the building’s historical significance. Restoration works took place in the period of 2009-2011 in the frames of the project “Restoration and  Re-use of Water Tower in Daugavpils Fortress”, co-financed by the European Economic Area Financial Mechanism and Norway Government. The project was implemented by the Daugavpils City Council and the Department of Culture. By the end of restoration works of the building, the Daugavpils Fortress Culture and Information Centre is being established in the premises. The main objectives of the centre are as follows: preservation of cultural and historic values of the Daugavpils fortress, accessibility of the values, establishment and promotion of new cultural services.