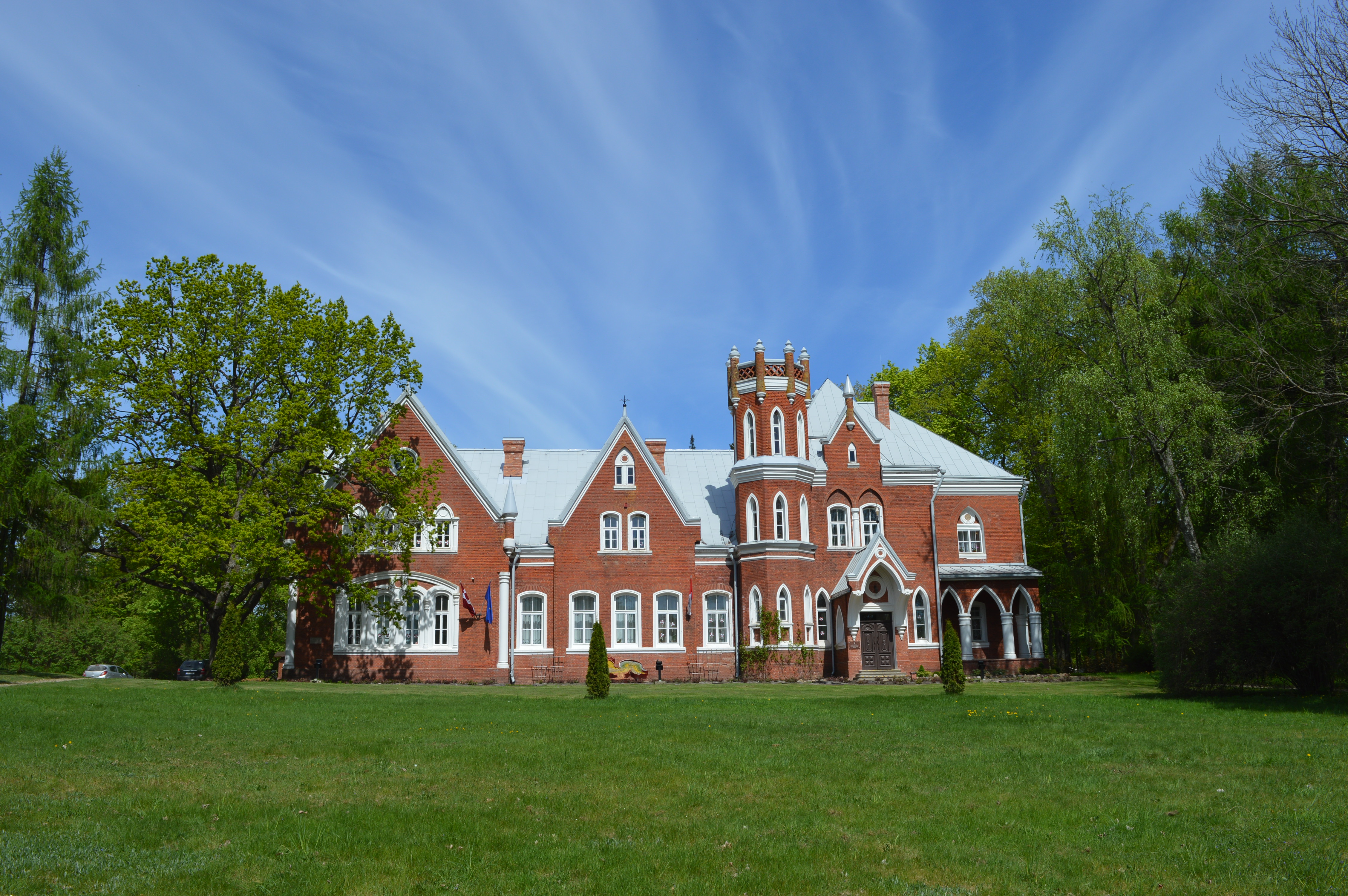 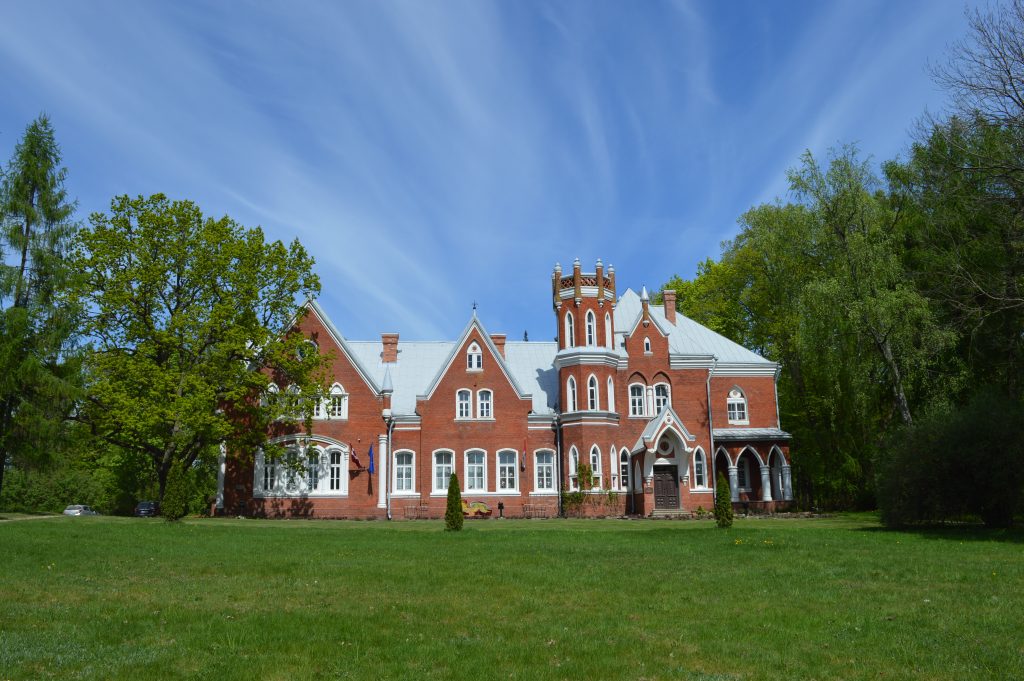 Vecsaliena (Chervonka) castle was built in 1870 in the Neogothic style and is located in a bend of the park, which was created in the 19th century. This picturesque building with a dynamic and complex composition of the volume is a real fairy-tale castle. The building is covered with a steep span roof. The risalits, the mezzanines and the tower add up to its plastic. The details are worked out with special carefulness. They are diverse and successfully complete the expressiveness of the space. For example, the window openings are lancet, segment, rectangle and round. Their decoration and arrangement on the facade also vary. They are classified into two, three and four, sometimes the arcade is seen. The décor of the big hall matches the round windows on the second floor. It is three impressive sharp-bow arches, that are supported by columns, what singles out this part of the facade. The stained-glass window in the baron’s cabinet and luxurious ceiling in a big hall remained unchanged. The open-planed park of 3 ha with 14 species of exotic trees is located near the castle and the building of the estate.

It is seldom when estates of Augshzeme can survive intact till nowadays. There are very few estates that look as good as the owner’s house of Vecsaliene estate. Some people say – Chervonka. It is possible that this second name has some connection to the red colour designation in Polish because the beautiful castle in Neogothic style was built of red bricks. The building started in the 19th century, in early 80s and lasted for 3 years. The bricks were taken from local kiln, limes were burned from dolomite that was extracted from the banks of the river Daugava. There is a park close to the castle, in front of it there is a wide green circle, aside around flowers of larch, the road from the castle to the pub is planted with rowanberries. There is a carriage house on the roadside; in front of its door there are two big lanterns and there are dark blue curtains on the windows.

The last castle’s owner baron von Hahn brought his wife from Berlin. Old barons were not satisfied with son’s choice because the new daughter in law came from a poor family. Despite the fact that they owned not only this luxurious castle, but also large property in Latvia and Belarus, they lived modestly. They slept on straw (straw was changed every week), the pillows were made of oat chaff. Their usual meal was potatoes and curdled milk for dinner. The old baron died before WWI and in the beginning of the 20th century the estate’s farming was neglected. The situation improved dramatically when Latvian Miller became the estate’s manager, or, as it was said at that time, a landlord. He was intelligent, well-educated, but strict. Three men were working at that time in the estate: in Cervonka – Zoldek, in Salandzeja – Smargun, in Kirlishkos – Krauklis. They were officials of the old school who birched people for being late. If farm animals dropped in the estate area, the landlord Miller requested a penalty for each cow in the amount from 3 to 7 rubles. The farmers avenged and burned down the estate’s barn and the hay barn. The foresters were also furious and did not allow the peasants and servants to pick berries, mushrooms and twigs in the woods of the estate.

But on the other hand the servants of the estate could celebrate Christmas and Easter for three days. Having finished the rye harvest, the peasants gave the baroness an ear garland, but to the baron – an ear rope. It was the only time in the year when everyone could enter the park. Beer, vodka, herrings, cakes were delivered from the city for a good party and the workers were respected. The beginning of manure transportation was particularly important. The baron himself together with his landlady came to the barn before the first cart was loaded. The wives entertained them, but the men drunk vodka.

In 1914 the baron joined Russian army. After the war he returned to his estate in the tear of 1920. The large part of Kohn property was confiscated because of the land reform, only 50 were left to the baron. The baron sold it to Roman Nikitin, but himself together with his wife, daughter and son left for Germany.

Before the WWII there was Latvian primary school in the beautiful estate’s castle Vecsaliena which peasant children attended. Doctor of Philology Velta Staltmane, the well-known name in linguistic circles, finished this school during the war. After the war, Russian as the learning language was introduced in the school, but after some time the school was closed. For a decades there was a collective farm headquater, a culture house, a library in this building.