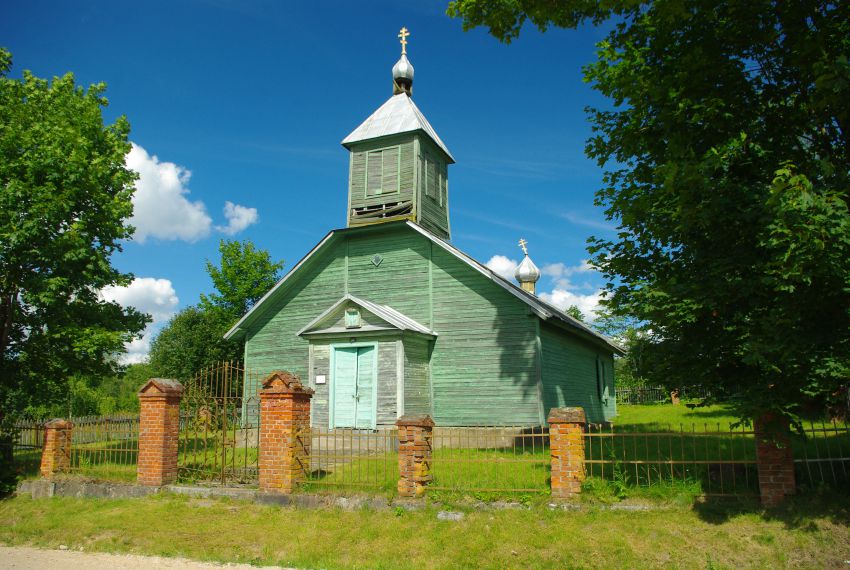 Old Believers community in Danisevka was founded in 1728. The chapel that has been preserved till nowadays, probably was built after 1905. The eastern part of the church is slightly narrowed. The church is covered with a gable roof, from which on the west “grows” a rectangular bell tower that is crowned with a canopy and a small head. The wooden blockhouse is covered with boards. There are only two windows on the southern and northern facades. The only decorative accent is a small diamond-shaped window over the entrance. The common image of the chapel has been created thanks to the precisely found proportions of shapes.
The massive beams of the ceiling are opened in the interior; there is a rough planking between them. The solea has a ceiling in the form of a wooden arch. The iconostasis of the church is arranged according to the ancient tradition: two shelves on which the icons are located. Very simple candlesticks and a chandelier, the balusters that protect the solea – this is the way the interior is arranged. The traditions of Old Believers have been successfully kept within the walls of this rural chapel.