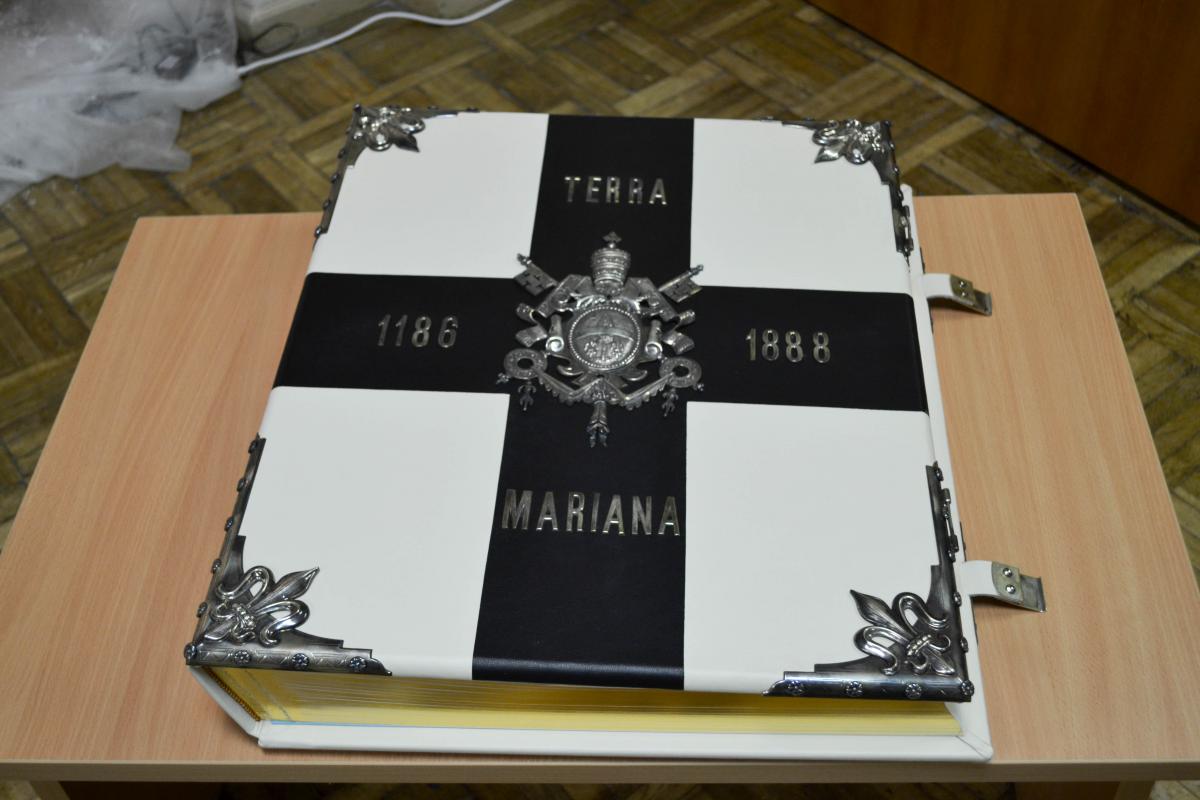 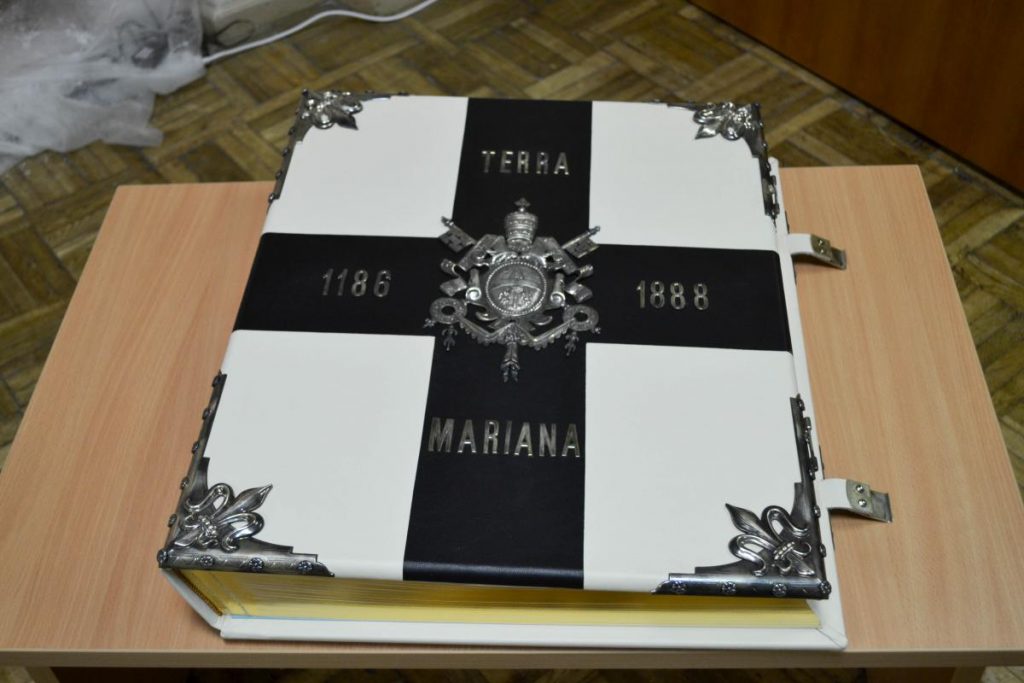 The exhibition takes place in the lobby on the 2nd floor of Daugavpils University (DU) building, Vienibas iela 13. The album itself is a property of Vatican Library, it was presented to the Pope Leo XIII in 1888 by the inhabitants of the Baltic region as a gift on the 50th anniversary of the Pope’s ordination.

The album “Terra Mariana” narrates about the spreading of Christianity in Livonia (nowadays territory of Latvia and Estonia), which also was called the Land of Maria (Terra Mariana), or the Land of Mara. The album contains a plenty of visual and textual information about the Livonian castles, ruins, churches, seals and coats of arms of Livonian nobility, historical figures, as well as the imprints of golden and silver coins. The illustrations are explained by the texts in Latin language, written in Old Gothic church style. The author of the album is Latgalian historian Gustav von Manteuffel. The album is a very important source of knowledge about the Latgalian cultural and historical heritage.

This unique issue is placed into a showcase, but you can use an interactive stand right next to it and leaf through the electronic version of the album.