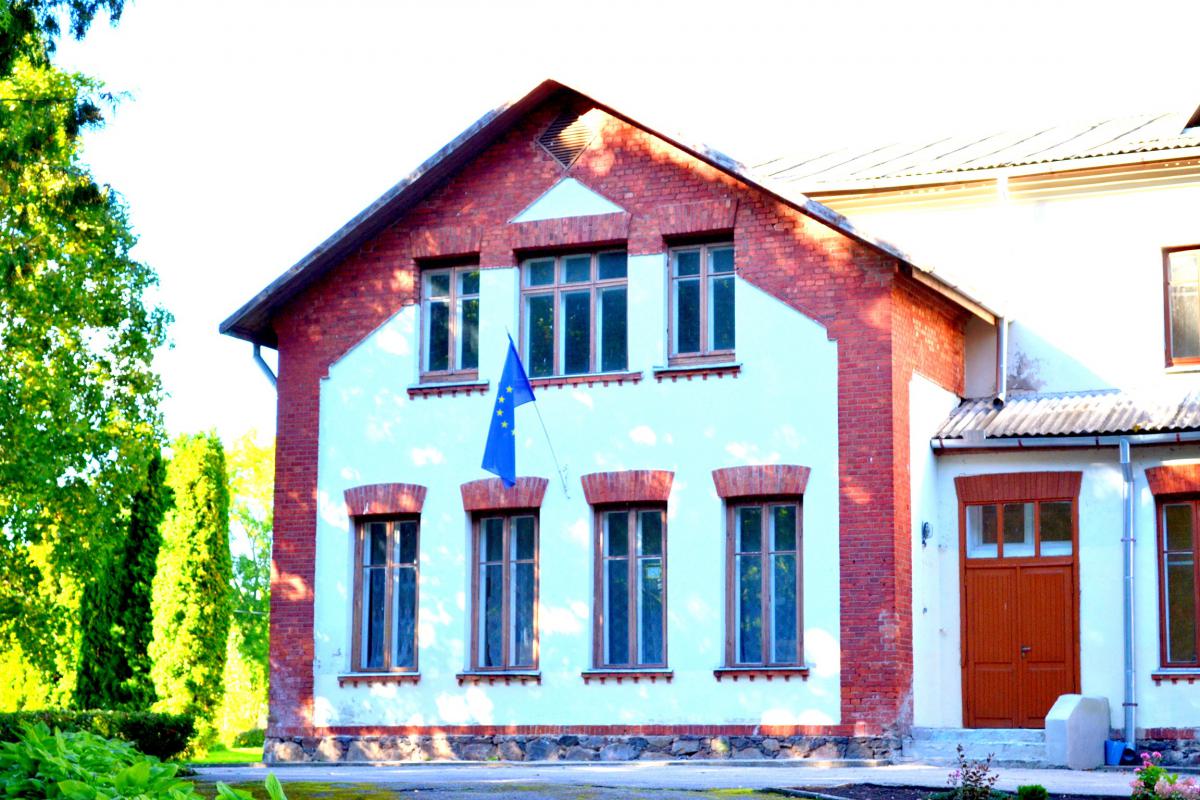 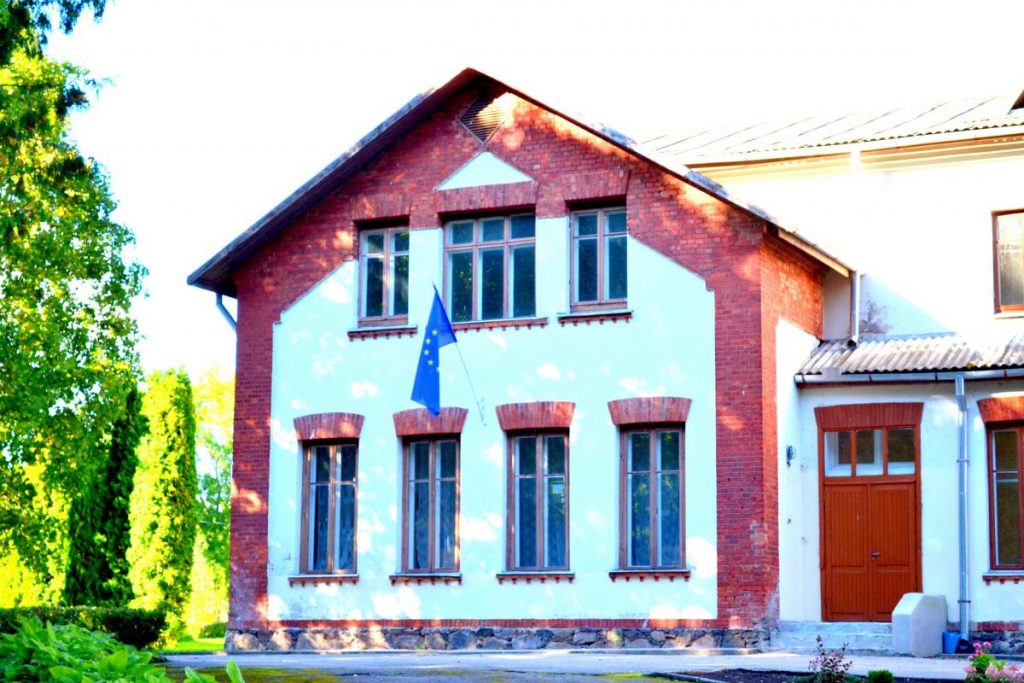 Count Boleslaw Plater-Zyberk began the building of the estate in the early 19th century. The barn, the manager’s house and the stables have remained till nowadays.
The barn is interesting for its massive forms, with the door wings and the frontispiece that is typical for Latgalian, with the roof mezzanine where the brick wall hits the wooden frontispiece. The manager’s house is a modest wooden building, located at the same level as the barn. In 1919 there was a school in the stables. But in 2004 the building was reconstructed. The Doctor of architecture J. Zilgalvis thinks that this building can serve a good example of the estate building conservation and use. The new garret fits good into the symmetrical volume; it is made of red bricks and clearly stands out against the top part of the background of the windows. The wooden building is built on the foundation of the manor house.