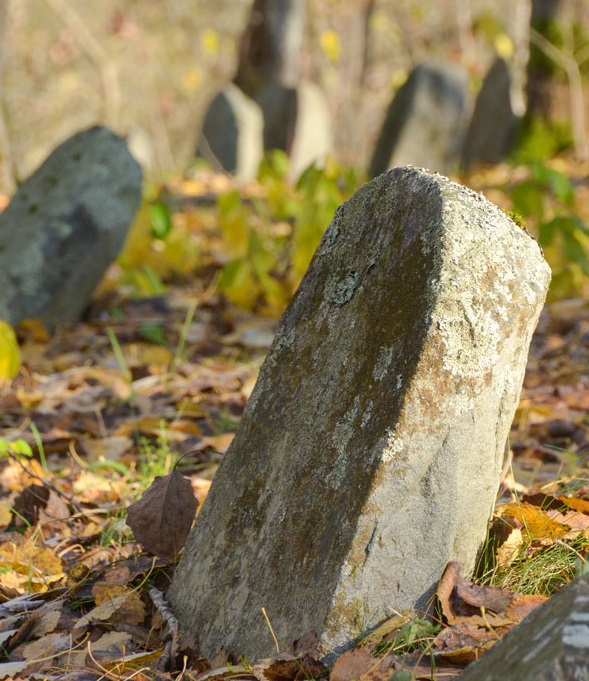 The cemetery started at the beginning of the 19th century. It was used also by Somerset (now Aglona) Jews. Jews began to settle around Viski at the end of the 18th century. At the beginning of WWI, many of them went to the depth of Russia; other then managed to emigrate to the United States and Israel, but some returned to Viski. In 1921 four class Jewish school was opened in Viski (teaching was in Hebrew). In the 30s of the 20th century, Jews in Viski accounted for 56% (423 people) of the total population. In 1935, 50 of 58 craft and commercial businessmen in Viski were Jews.

This cemetery is surrounded by a stone fence. The oldest gravestones are stone steles at the cemetery that date back to the 50-90s of the 19th century. Most of the monuments are well preserved, but there are steles that have partially ingrown into the ground and are cracked and broken. There are small houses at the cemetery, they are usually built at famous people (such as rabbin) graves. The houses are made of concrete. Steles are made mainly of gray and black stone. There are also some black granite steles, which date back to the 20th century. The design of steles is very simple, with no luxury decoration. The most common decorations: a dove or two doves facing each other – the symbol of the Jewish people and women name; one or two deers – the symbol of innocence; a lion (the emblem of Judah tribe); grapes – the symbol of fruitful nature and Jewish people, Star of David; flower motifs; hands, which are the sign of Cohen; as well as Jewish National candlestick – menorah. However, mainly, there is just an inscription in the design of the steles. It takes the entire surface on some steles. The dates given according to Jewish calendar.