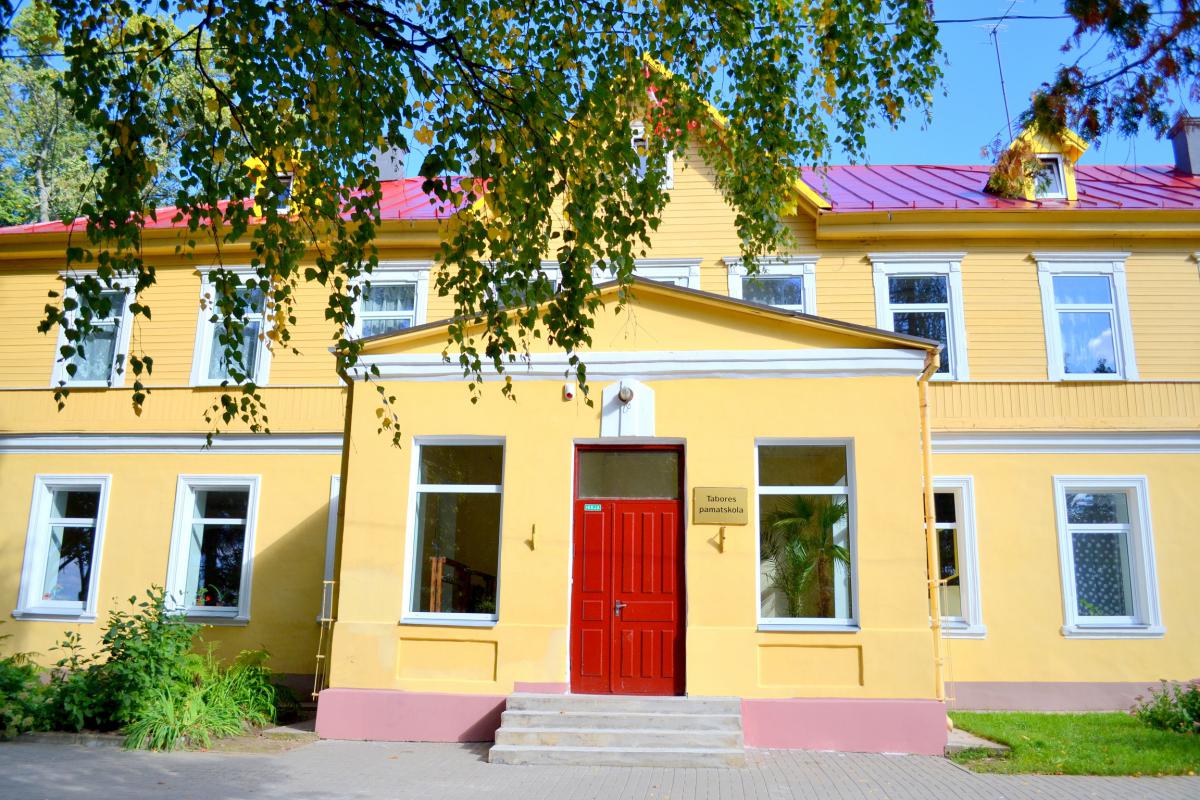 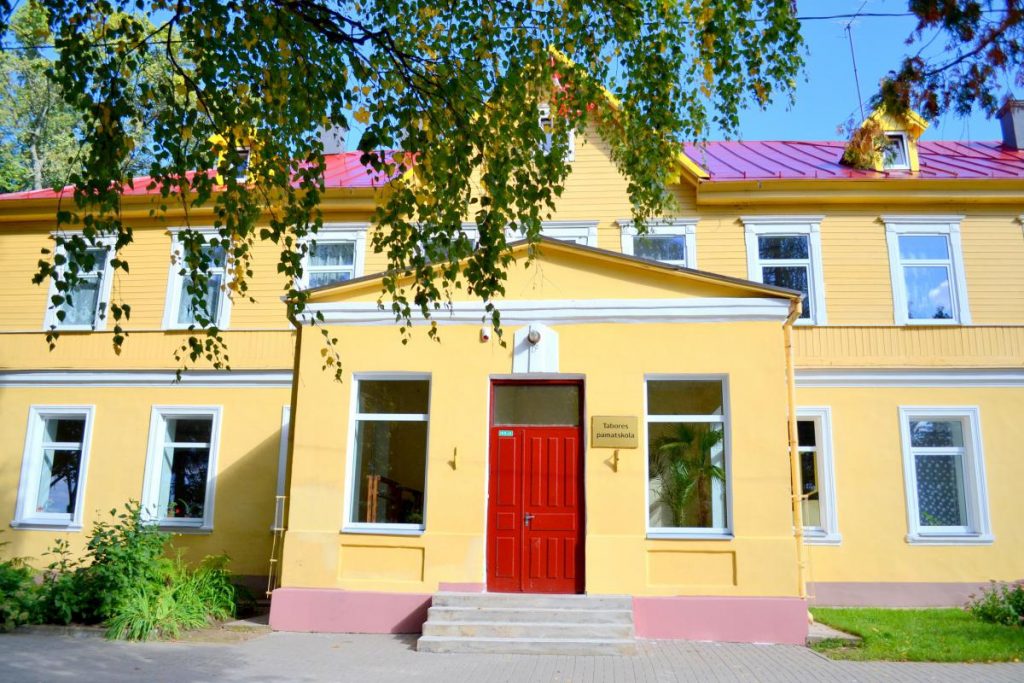 Manor was built in the second half of the 19th century (possibly in 1875). During World War I, the manor was severely damaged. During the 20-30 years of 20th century it was inhabited by the former owner and young farmers. In the Soviet era, there was Tabore’s eight-year school, but until 2016 Tabore Elementary School was located in the building.
The basic volume of the building is symmetrical except the latter asymmetrical addition in one part. The symmetrical part with risalit in the center is artistically expressive. The risalit pediment is made from wood, in cottage style. The windows of the roof and tower also correspond to this stylistic direction, which can be seen only in the photos of 1920. In the 80s the pediment decoration, the door leaf with the skylight and other very important decorative framed details was disappeared, too. These elements made the manor house bright, tracery and appropriate to the surrounding landscape diversity.