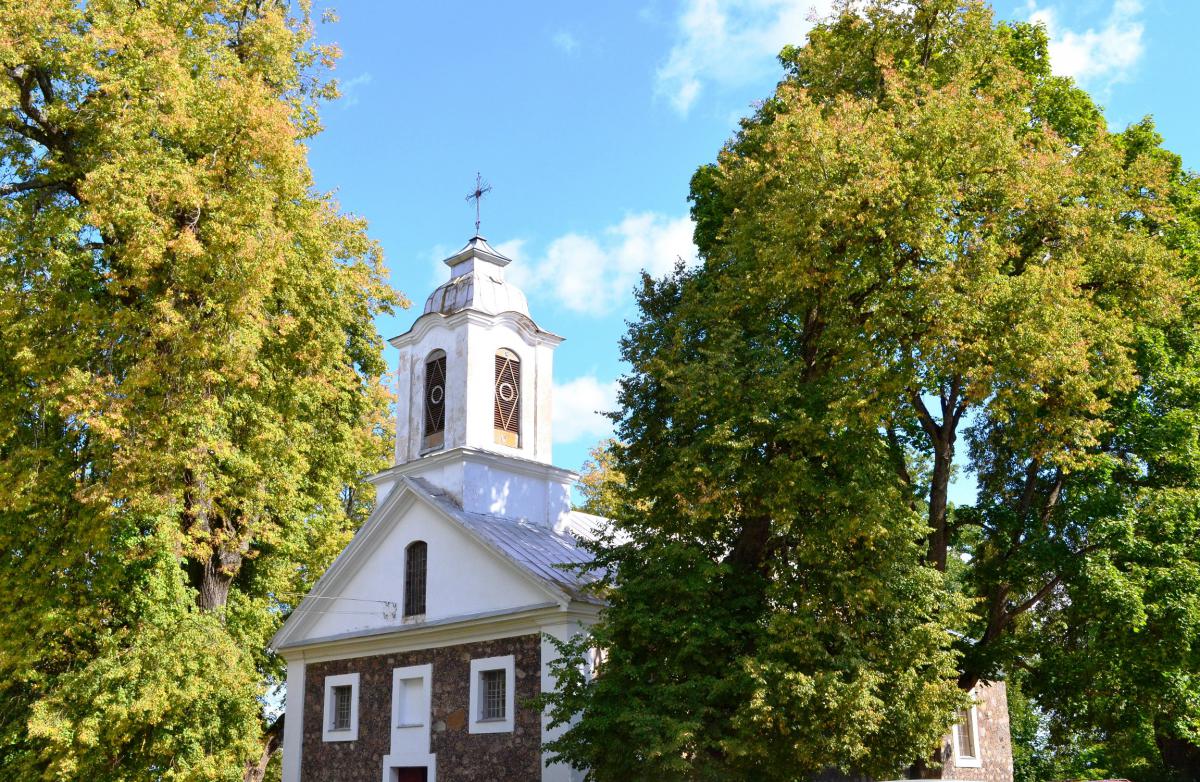 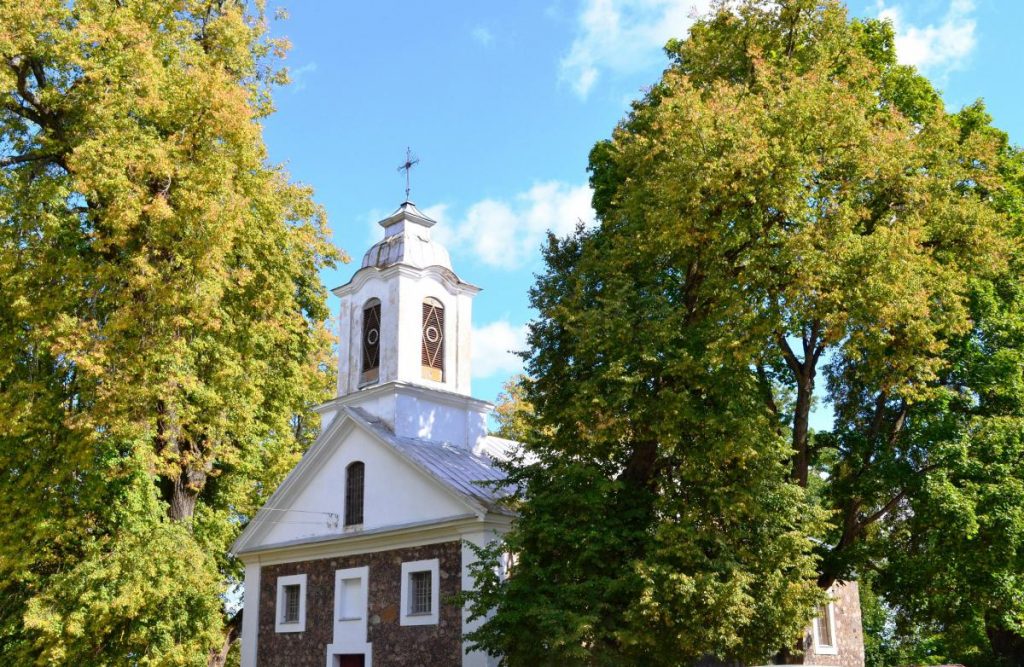 In 1800 landlord Casimir Plater-Zyberk in Svente built stone church in honor of the Trinity. Sacral building was consecrated in honor of Michael Archangel.

Church was built of stone and has rectangular form. It is 26m long, 16m wide and 8m high. From the outside it is plastered with lime mortar in which were put scrabblings. The shed, corner pillars, door and window frames are plastered and colored in white. The roof made of galvanized plate-tin. Above the facade roof there is approximately 5m high gazebo with bells. On each side the church has 5 windows, 2 windows next to the front entrance and one window in each sacristy. There is front entrance, entrances from the sides and from the sacristy.
Svente Church has wooden floor and ceiling. There are 3 wooden altars, benches for worshippers, and a pulpit. All this was made by joiner S.Meinards in 1913. Along the walls there are pictures of the Way of the Cross made of plaster. They were made by Serafinovics in 1913. Initially they were presented to Grendzes Church. Then the presenter recalled the present and presented it to Svente Church. To Grendzes Church were brought lithographic pictures of the Way of the Cross from Svente Church. In the right corner of the presbytery there is wooden statue “Ecce Homo” that was purchased by Juris Pieskovskis. Choral rooms, where the organ is placed, are propping on 2 great stone pillars. Presbytery is separated from the church by wooden God table. On big altar there is painting of the Holy Trinity. On both sides of the altar there are wooden pillars. Both side altars are made similarly to the big altar. On the right side there is altar of St. Michael with the painting, on the right – altar of St. George with the painting. All three paintings are the work of good painter. On both sides of the presbytery there are sacristies, above them – storerooms. Ceiling in sacristy is made of wood, but wooden floor step by step was changed to cement floor by dean A.Zilvinskis.
Around the church garden there is stone fence without roof. There are front and side entrance gates. In the garden there grow old foliage trees. Beyond the church fence, in front of the presbytery, there is priest’s house where lived dean A.Zilvinskis. Approximately 1km from the church there is parish cemetery. There are buried four deans: P.Smelters (1868 – 1947), M. Mikelonis (1875 – 1950), S. Sikur-Kalvani (1892 – 1970), B. Dure (1894 – 1971).