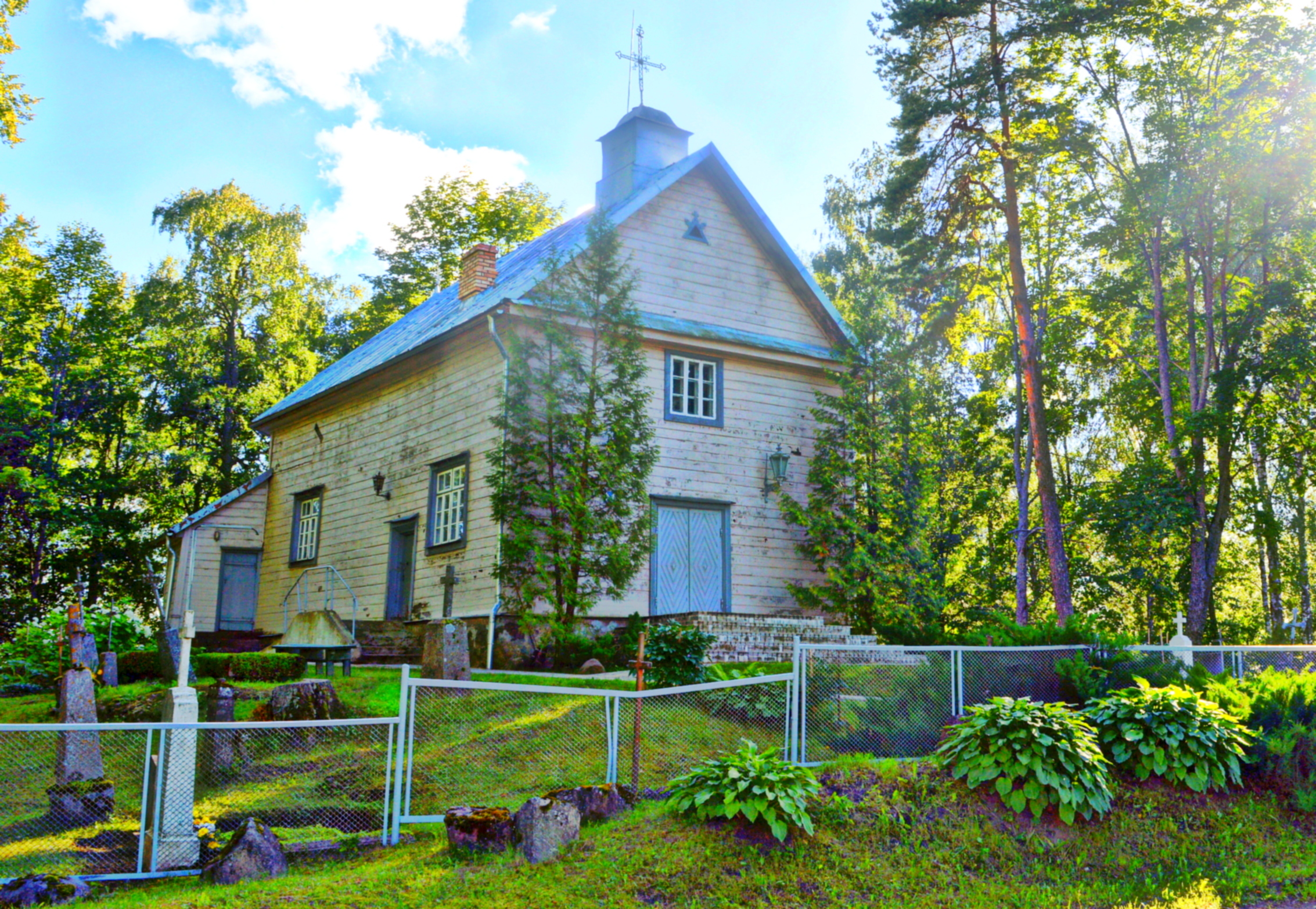 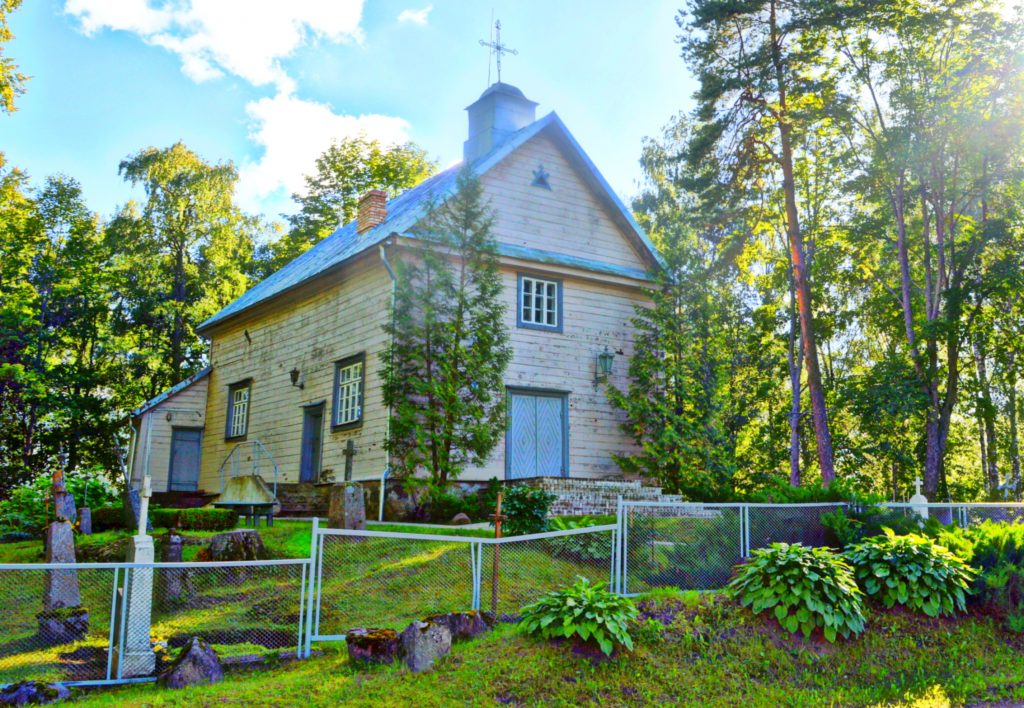 Catholic church in Ambeļi displays typical use of local traditions of wood-building of 18th-19th centuries in sacral architecture, its structure represents work of professional painting and sculpture experts of baroque period.
First reference about the church in Ambeļi have remained from 1782, when Alberts Sholuha, the provincial of Dominican Order, during his visit to Aglona commanded to take care of the church (initially Ambeļi parish was administrated by Dominican monks). The church was built on landed property of Z.Plater and it was used as a chapel and for parish’s services. In 1888 wooden building was reconstructed. From the entrance side it became longer. After World War I it became the regular church of the parish. Building of the new stone church, started in 1937, was not realized. In 1969 during complete overhaul in old wooden church there was changed the decoration of internal walls.
Small wooden building has asymmetric layout – rectangle nave is completed by polygonal apse with attached sacristy from one side. In facade the eave separates the pediment, above which, on span roof, there is a small tower. The church was designed as one-nave hall type building. Its wooden ceiling is made gradually, with coving. Above the entrance there is built a gallery (in place of organ there is a harmonium) on two wooden bearings. Church’s inner walls are planked with sheets of plywood, but the presbytery is separated by railing with turned wooden balusters.
In Ambeļi church there are preserved several art monuments. The important example of Latgalian baroque woodcarving is altar’s retable made in 18th century. It was made as plastically expanded oval frame for altar painting’s niche using architectonical, ornamental and sculptural elements. Impressive xylograph of leaves of rich, „pimply” acanthi has a lot of in common with the altars of other baroque style Latgalian churches, thus indicating the existence of local Latgalian woodcarving workshop in the end of 17th and in first half of 18th century. The most antique stage of Latgalian painting’s heritage is convincingly described in numerous paintings created by anonymous professional painters: “St.John of Nepomuk”, “St.Francis Xavier”, “St.Ignatius Loyola” (2nd half of 18th century), “Golgotha” (end of 18th century). Part of craft products (bottom part of tin candlestick, censer, wooden chair) and paintings (including “The Virgin of Aušra Gate” (beginning of 19th century) and “Golgotha”) are kept in the museum of Rundāle palace.