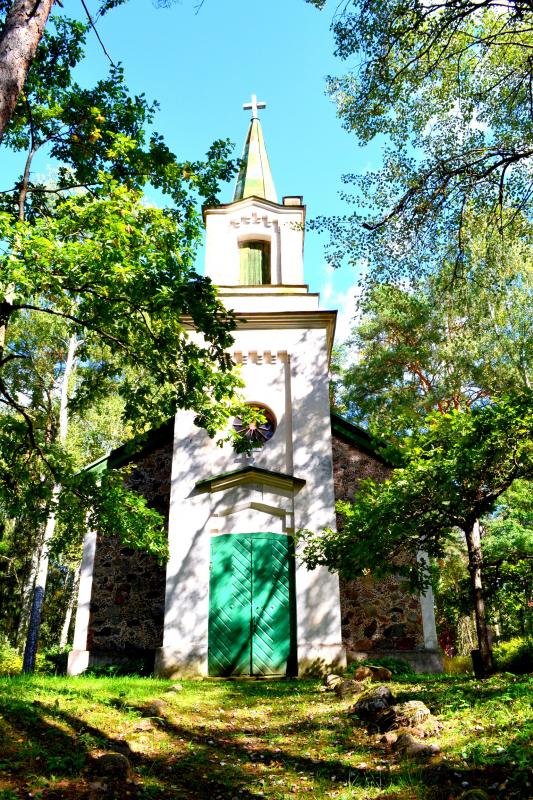 It was built in a pine forest near the left bank of the River Daugava in 1819. A wooden church was built there in the ancient times. It is believed that the church was carried on a raft by one Russian serf. The church burned a few times, but it was restored each time. At first the church belonged to the Catholic community, but it was given back to Lutherans instead of Elerne church in the second half of the 18th century.