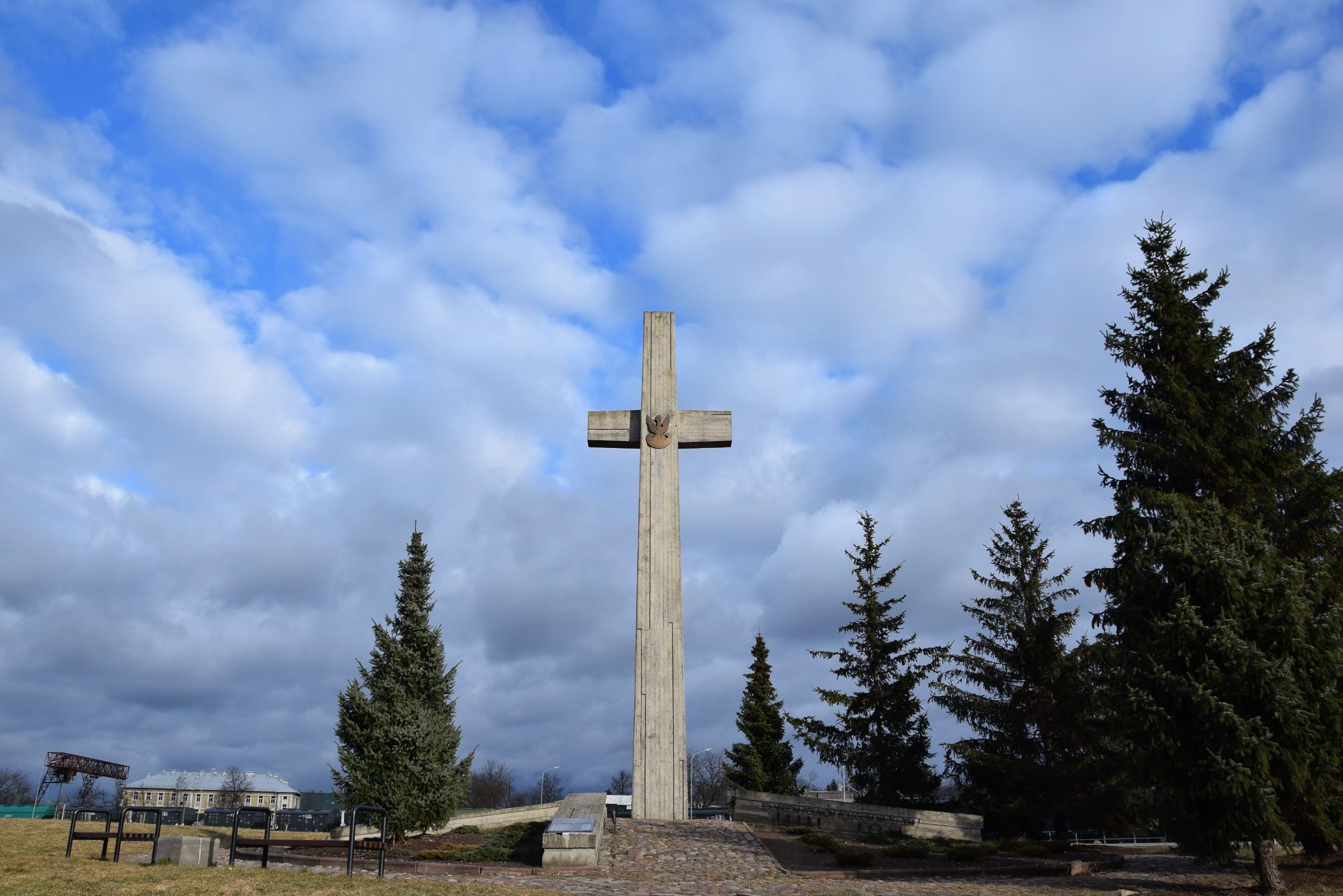 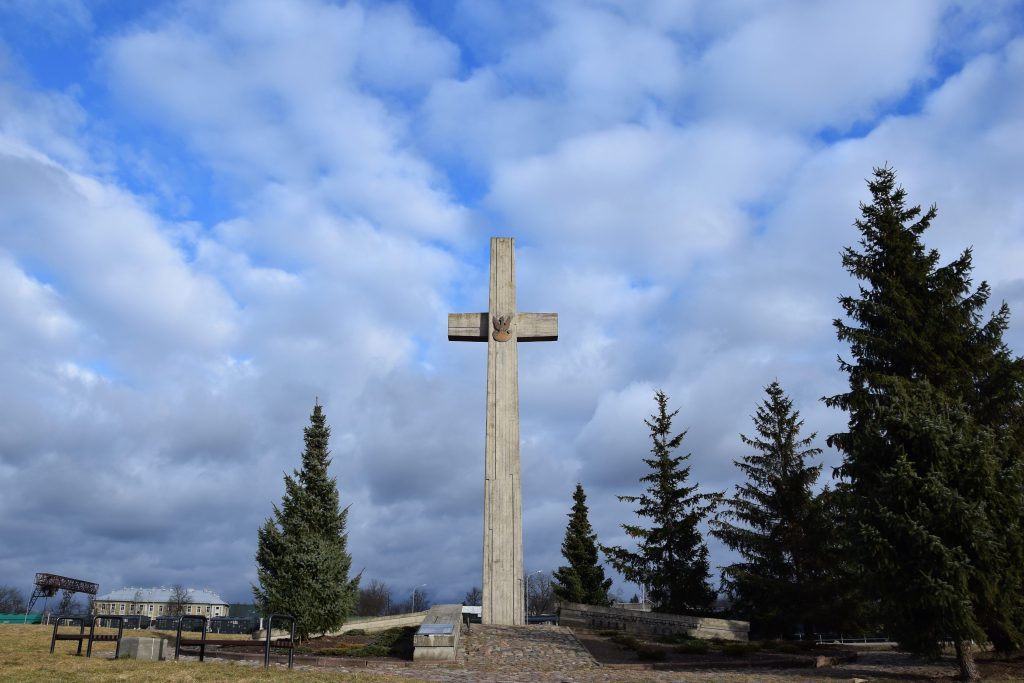 Graves of the soldiers of the 1st Legion Regiment of Polish army in Slobudka, near Satiksmes street were the biggest ones in Latvia of Polish soldiers, who fell in Latvian fight for freedom in 1919 -1920, a cemetery, where 500 soldiers were buried. A wooden cross was erected near each grave.  Polish soldiers, who fell on January 3 in 1920 releasing Daugavpils from Red Army, are buried at the cemetery. In the center of the cemetery, there is a wooden cross with the inscription “1920. To soldier of 1V General Ridge-Smiglijs remembrance”. “151 unknown former Tsarist Russian army Poles soldiers, who fell during WWI” were also buried at the cemetery. In 1928, in the presence of the Consul of Poland Republic M. Shvezbinska and other Polish and Latvian public workers, the priest of Daugavpils St. Peter and Paul Roman Catholic Church A. Vizulis consecrated the memorial cornerstone. On June 22 in 1928 Latvian President Gustav Zemgals opened a monument at this cemetery. It was designed by architect Alexander Birzenieks (1893-1980). The monument was constructed in the shape of the sarcophagus and covered with marble. It is decorated with a metal plate with the inscription in Polish “To heroic Polish soldiers fallen for Latvian independence”.

In 1934 the wooden crosses on the graves were changed into the metal ones. In 1955 the city authorities decided to erect a sand and shingle career at the territory of the cemetery. The sand and gravel together with human bones were used in Daugavpils-Lithuanian border road construction through Demene. The cemetery was completely eliminated in 1970. Later, a garbage dump was set up at this place. When Latvian regained its independence in 1992, a monument – 13 m high cross – was opened at the place of the destroyed graves. The cross is made of iron concrete according to artist Romuald Gibovskis and architect Vanda Baulina project. There is an inscription in Polish at the foot of the cross “To Polish soldiers”. But, the General E. Ridge-Smiglij, who participated in the fight for Daugavpils releasing, was buried at one of the largest cemeteries in Europe – Povazki (24 Povazkovskaja Street, Warsaw).

On September 11 in 2010, when Latvian President Valdis Zatlers together with the President of Poland Bronislaw Komarovsky were visiting Daugavpils, both distinguished guests put flowers at the memorial cross.