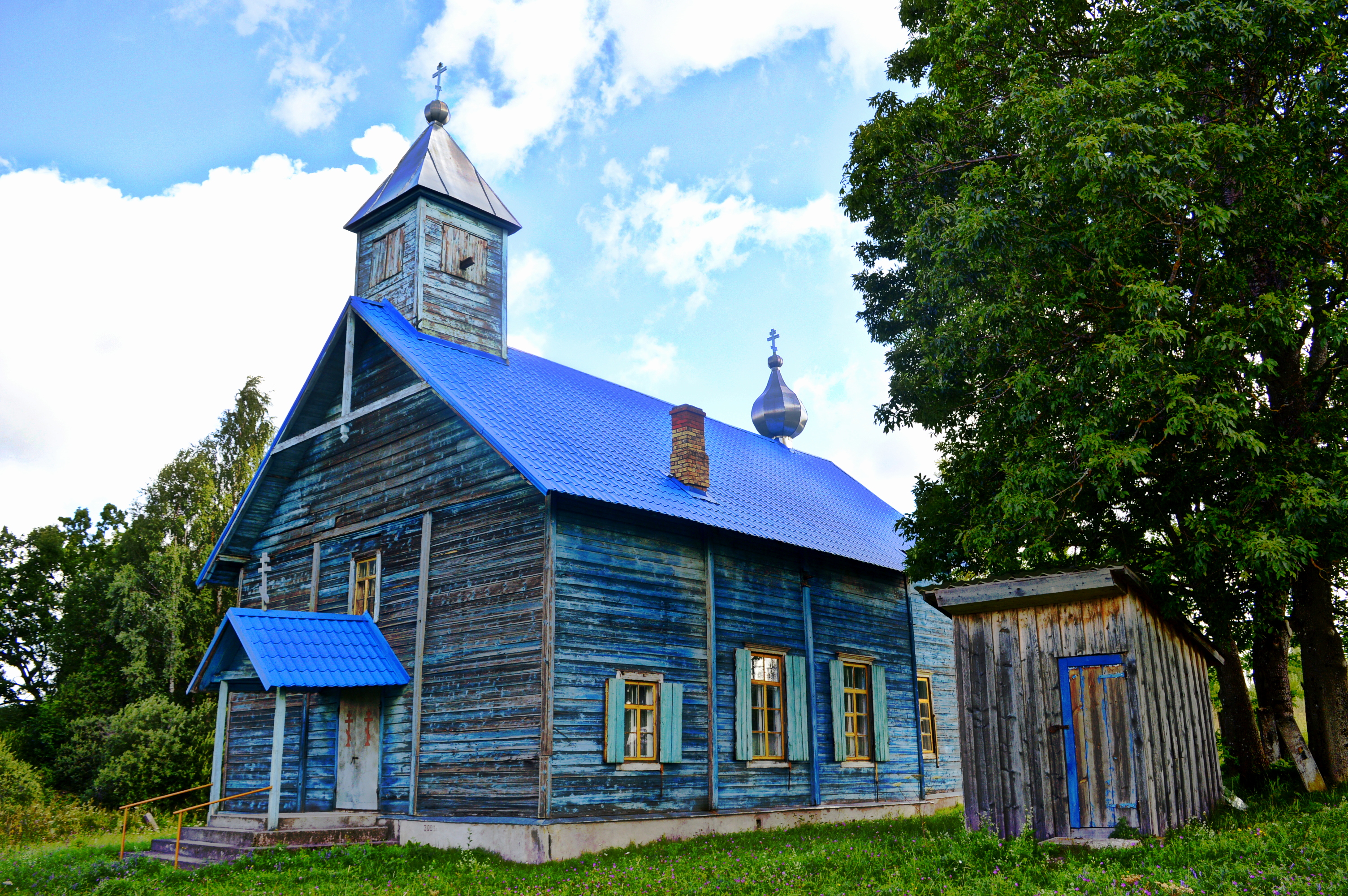 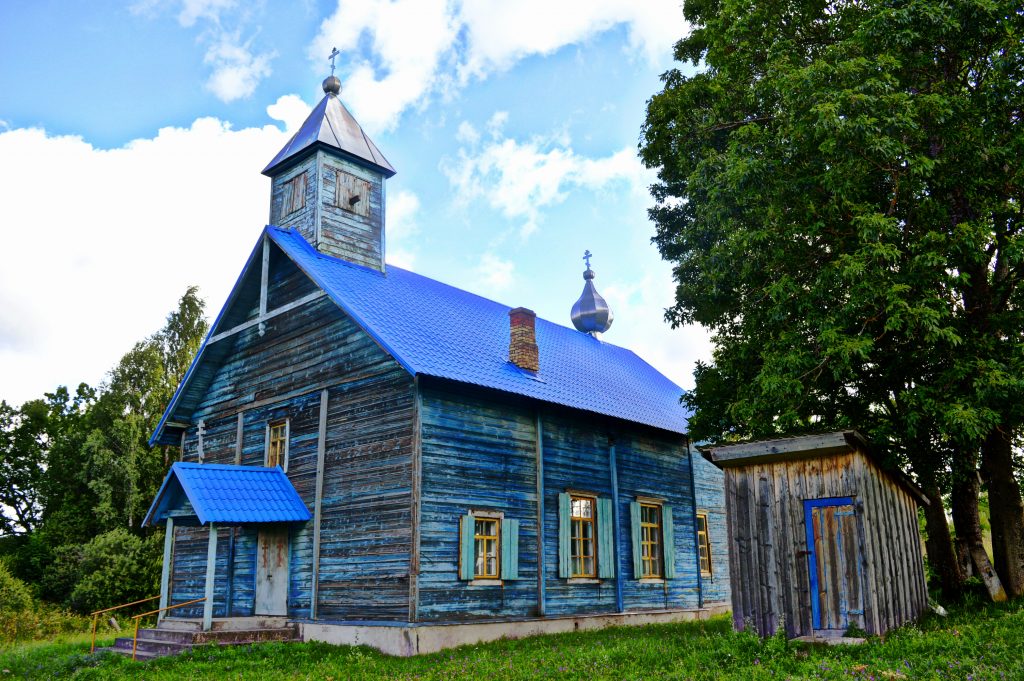 The chapel is build in 1907 as a compact blockhouse covered with boards. The gable roof, originally, had an iron cover with rebate joints, but now is covered with modern metal roofing with a small profile, what has significantly changed the look of the church. The eastern part of the building is a little bit narrowed, but the roof is made in the uniform design. The main volume of the church is close to the square and this is a rare thing for Daugavpils district. The walls and ceiling in the interior are covered with narrow wooden slats; the floor is made of wood. There are choruses above the porch. There is a cross in a wooden carved golden icon case in the center of an iconostasis. Initially, the iconostasis was conceived as three-storey, but the shelves for the icons remain empty from the WWI. The parishioners bring the icons to the church only during divine services.

History of the chapel:
Old Believer community in Rubenishki was founded in 1889. The first chapel was built here in the late 19th century, and at its place, the present church was erected in 1907. During WWI the icons from the church were evacuated to Russia and the building was used as a military hospital (according to other sources – as a stable). After the war the church was cleaned and the floors were replaced. In 1927, there was a big fire, but thanks to the efforts of the villagers, the chapel was restored. In the 70s of the 20th century, the divine services stopped and the building stood abandoned. Then the divine services were resumed after 20 years. Since 2003, the chapel has been repaired with the help of renewed parish. Local residents and Old Believer communities of Latvia help the church.