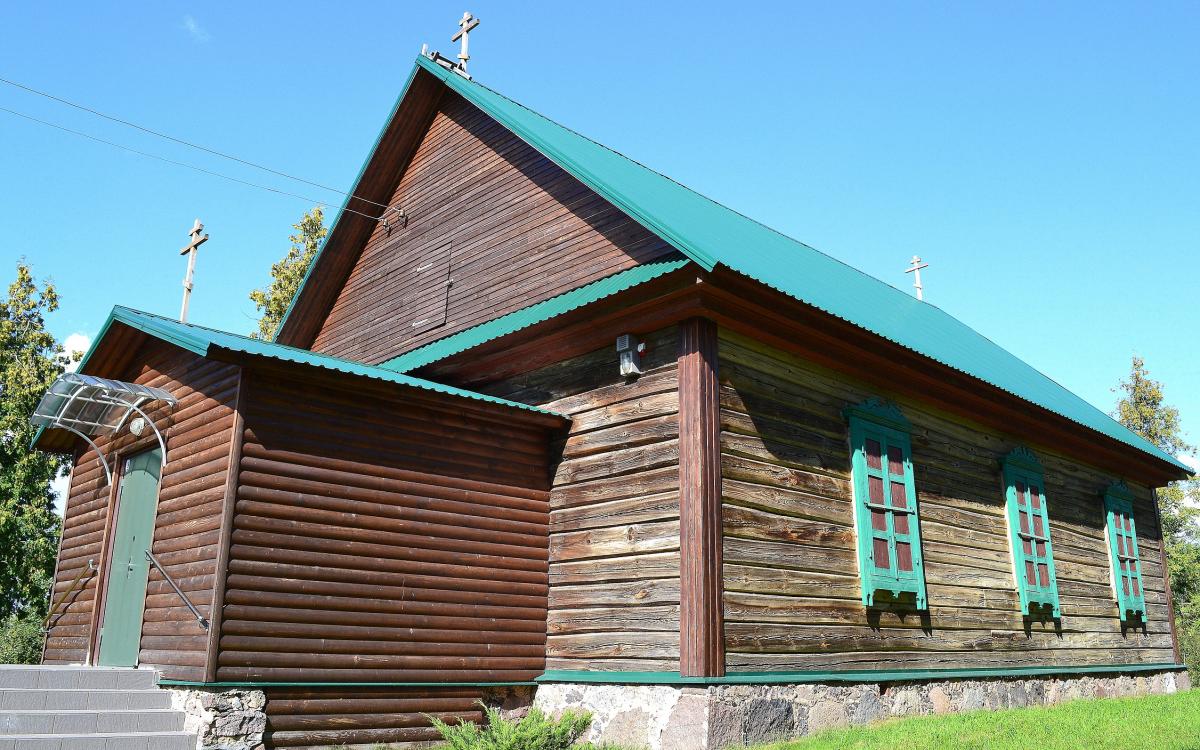 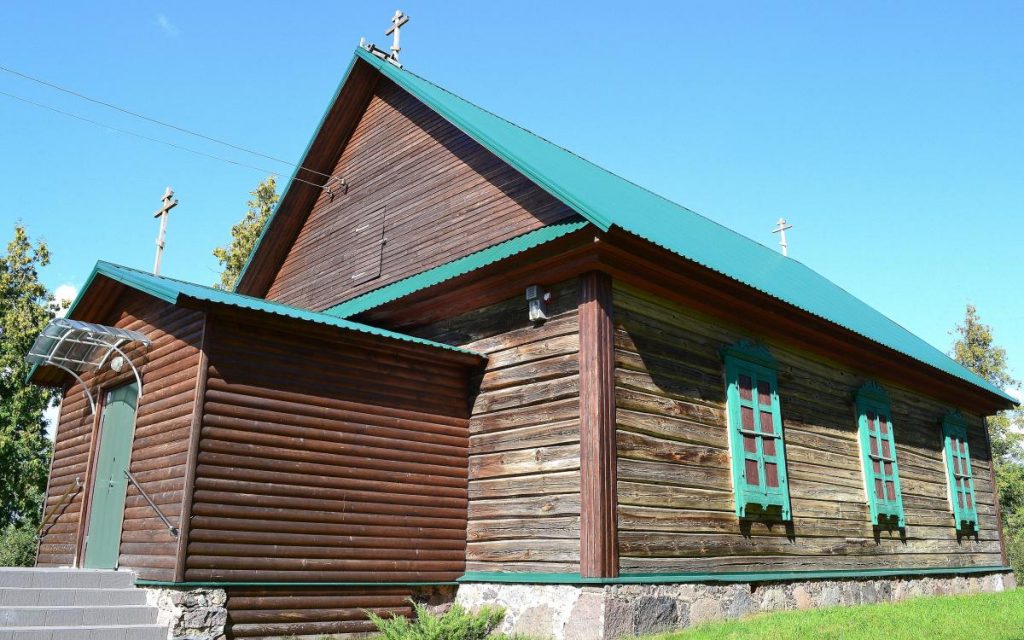 The temple complex of Old Believers’ community in Medumi consists of a chapel, a free-standing bell tower and a house. The available sources indicate different dates of the prayer house building – in the range from the early 20th century until 1940. Taking into account that the interior is decorated with the icons painted in the early 20th century and the facades of the house are decorated in the style of the early 20th century, this date seems more appropriate.
The chapel is interesting because it gives the idea of how the religious building of Old Believers looked till 1905, at that time, when they were not allowed to give a recognizable form to their churches. The chapel is a four walled wooden blockhouse, to which a small vestibule is attached, which is similar to the house hall. The gable roof has no heads, only two crosses over the east and west pediments. The facades are decorated with window frames, pilasters at the corners of the blockhouse and with the roof cornice. These modest decorative items and carpentry techniques are quite smilar to those that can be observed on the wooden part (now this part is demolished) of chapel un Old Fordstadt in Daugavpils. One can assume that the bell tower is similar to the one that once stood near Old Fordstadt church. The prayer house in Medumi is smaller than the prayer house in Old Forstadt and the complex of buildings stands freely in the landscape, what gives the idea of a typical rural Old Believers church in Daugavpils region.
The prayer house has been recently qualitatively renovated. The slate roof has been replaced with modern steel “riffling”, although originally the roof was probably covered with shingles or sheet metal with folds.