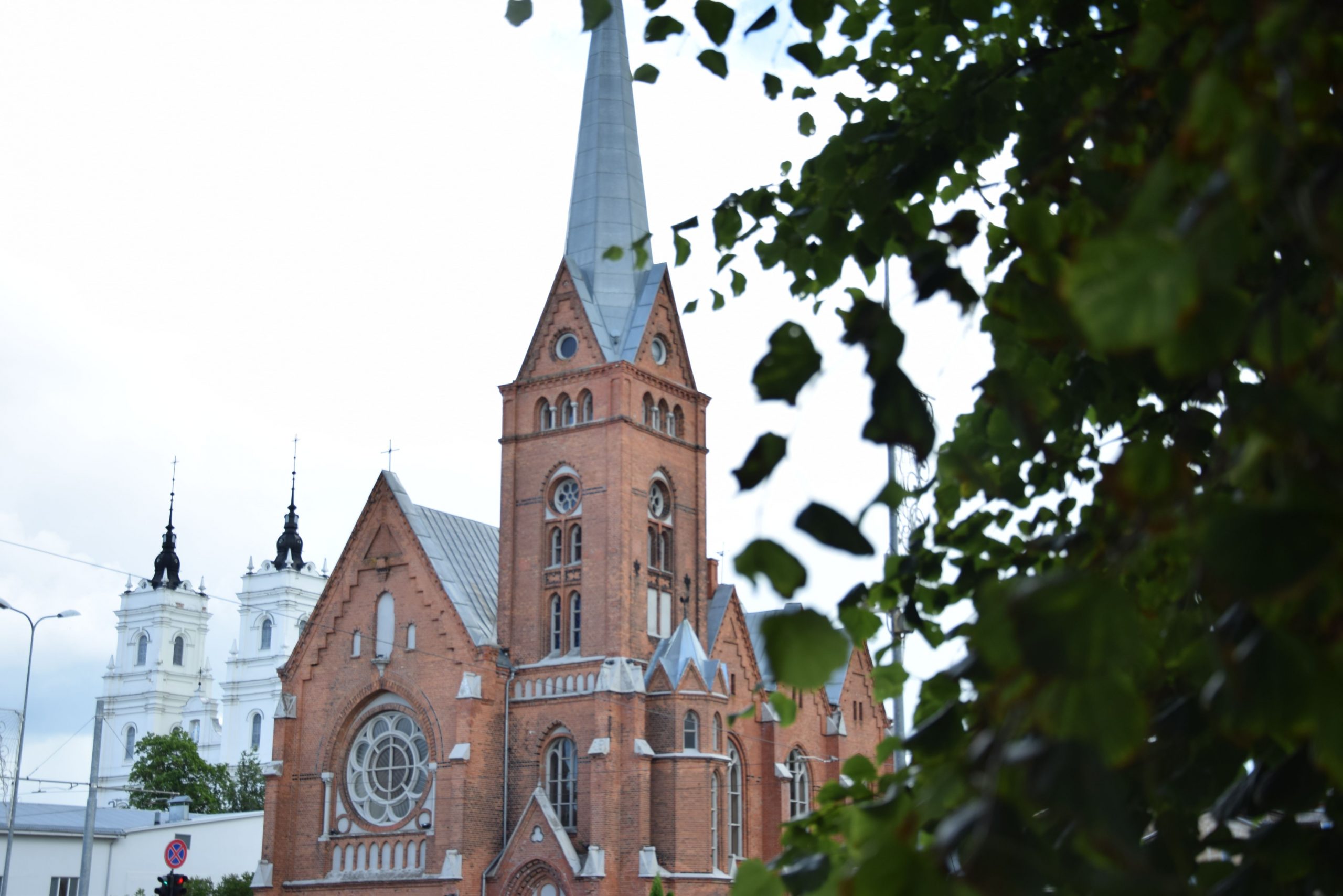 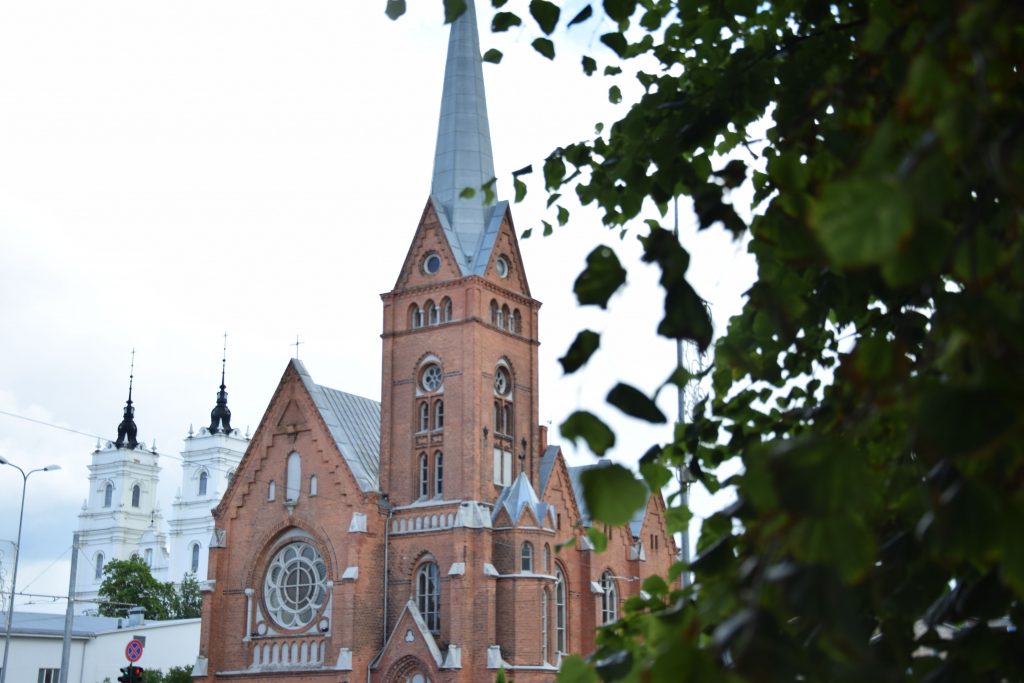 Martin Luther Cathedral designed by V. Neimanis was built in 1893. The foundation stone of the cathedral was put in 1891. The cathedral was consecrated in 1893. In 1941 there was a conflagration in the cathedral and it burned down. In 1941- 1943 the church was partially restored. After the WWII the parish could use only the former chapel space in the church. In 1975 the local authorities confiscated the chapel. During Soviet times the church was both a warehouse and a boxer sport club. In 1985 the building suffered serious fire damage. The parish returned its church in 1992 and gradually began the repair works. There are soleas and the altar (the project author Maija Avota, the altar was made by the craft secondary students in Ogre) in the church. The church was made in Neogothic style. It has an asymmetrical planning and one tower. The building was constructed of red bricks.

Viewing platform of Daugavpils Martin Luther Cathedral
The viewing platform is located in the church tower that rises up to a five-floor building, yet the very platform is at 21,1 m height. From there you can enjoy the panorama of the Daugavpils Church Hill. Entrance – for donations. Information: +371 26315707, info@luterakatedrale.lv