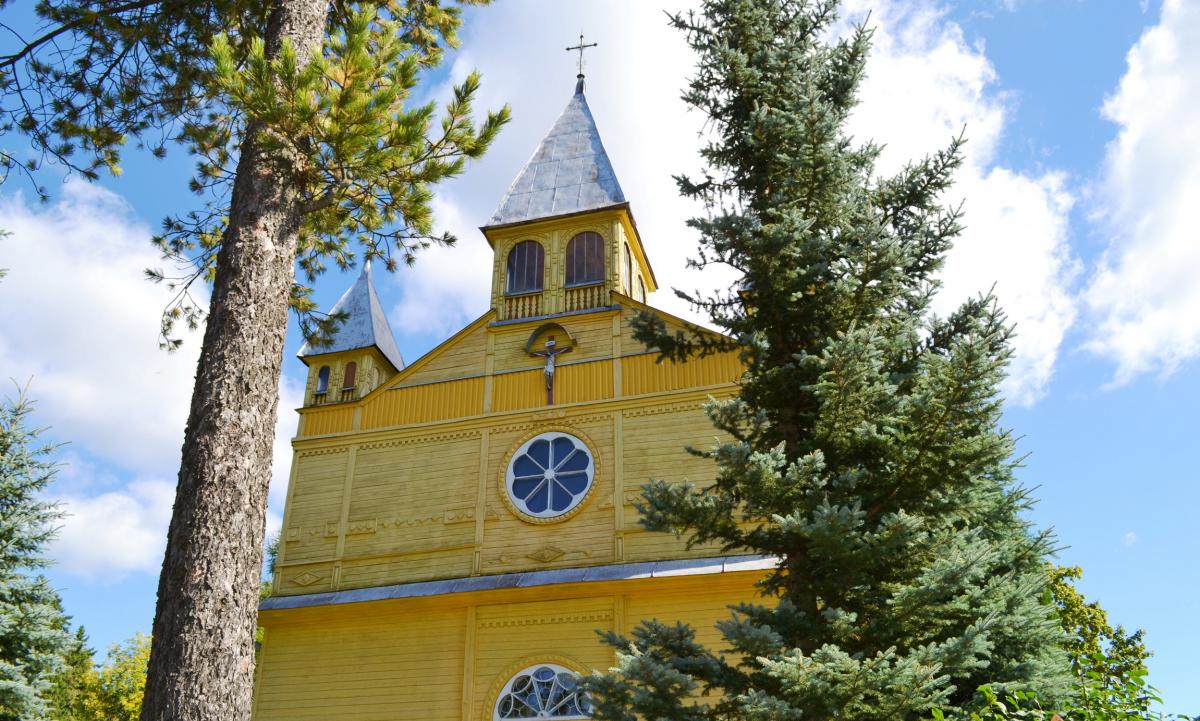 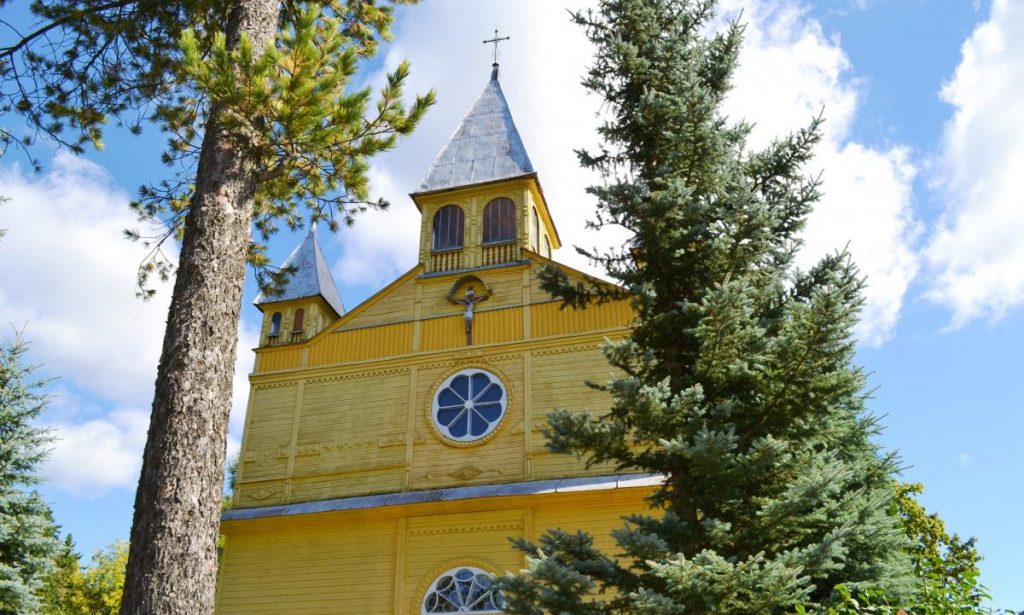 Laucesa St.Peter and Paul Roman Catholic Church is wooden building built in period from 1921 till 1923 in place of old wooden church that was built in 1797 and burnt down in 1920.
In Laucesa there was one of the oldest churches in Zemgale. In 1665 it already was serviced by Jesuits from Ilukste. It was situated on land of landlords Ludvinghauzens-Volfs. Volfs kin in Livonia was very influential.
Laucesa Church is 30m long and 12m wide, covered with boards and painted .There were entrances from the front, from sides and from the sacristy. Church had wooden floor and ceiling. There were choir rooms with harmonium. Around the church garden there was stone fence with 14 red brick posts with pictures of the Way of the Cross. The fence was remained from the previous church. In left corner of the garden there was a belfry that was built of beams. Not far from the belfry there is a grave of dean Tadejs Ronkaitis (1859 – 1928). In the cemetery were buried the following deans: Janis Labovskis (died in 1861), Brublevskis, Stefans Bertasus (1867 – 1947), Peteris Rudzits (23 July 1898 – 25 November 1968), Antons Rukmanis (1896 – 1976).