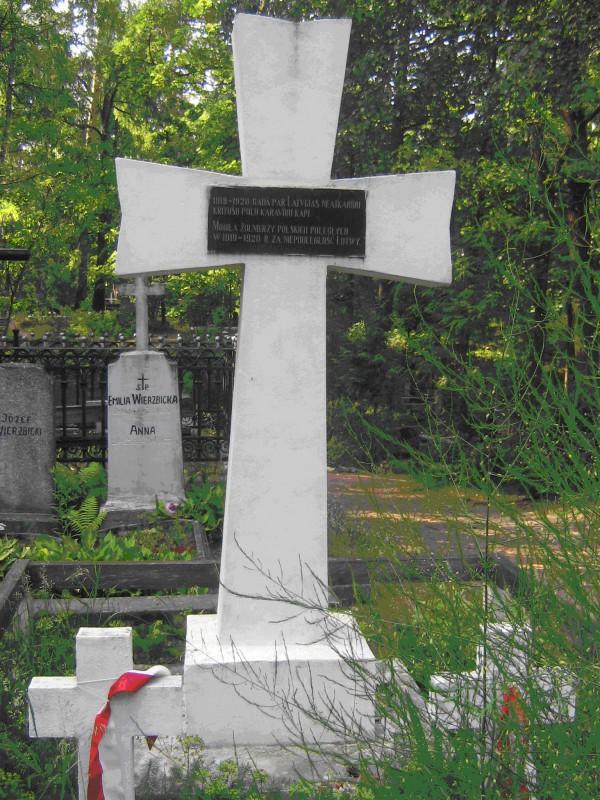 At the right side of Daugavpils Catholic cemetery, the graves of Polish army soldiers are marked with a marble plate and a cross. There is an inscription in Polish on a tomb plate: “Tomb of the unknown soldier”.  It is surrounded by a low fence that most likely was built in the middle of the 30s of the 20th century. The marble plate is embedded in the end of 1950. The graves of unknown colonel and 2 officers are marked near it. On January 21 in 1920 Polish soldiers from Daugavpils Polish military hospital 101 (Warsaw Street) were buried there. Each grave is decorated with a decorative fabric ribbon in the national color of Poland.