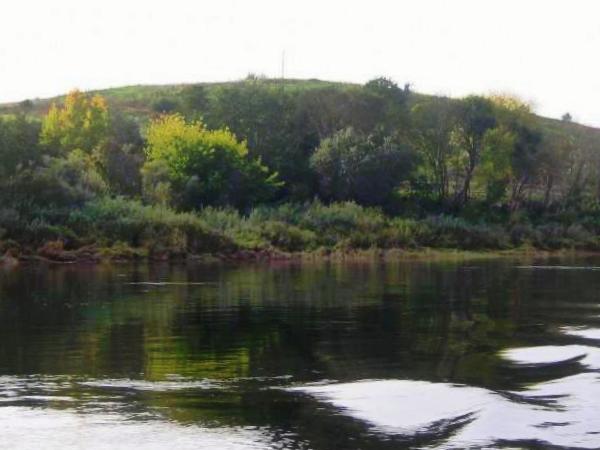 It is located on the left ancient bank of the river Daugava near Daugavpils. It is partially damaged by the war trenches. The goods for fishing network, the handmade dish fragments and other antiques were found in cultural layer. It was inhabited from the first millennium BC till the first millennium AD. Lasini (Lasenberga) Mound (Gorodok) with the settlement is a National Сultural Monument.

Additional information:
The first information about Lasinu mound appeared in late 30s of the 20th century. Lasinu mound is made on a ravine formed by a stream on the left bank. In other places the mound rises above the nearest surrounding 4-5 m height. The mound has a round form. The dimensions of its plane are 40×43 m. The plane has a small descent to the East direction. On the East and on the East side, 6-8 m below the plane, the mound is covered with 2-3 m wide terrace, which in SE direction turns into up to 3 m deep ravine between the mound and up to 3 m height rampart. The second rampart is made on the SW mound’s foot where the height is the smallest. The first rampart is crossed by the mound’s entrance which goes deeply into the ground. The mound’s plane is partially damaged by a number of the war-time trenches.
In the mound plane, in slopes, SE and NW, the intensive cultural layer was discovered, where the goods for fishing network and the handmade dish fragments (smooth, iron, flick and other ceramics) were found and this allows Lasinu mound dating from the first millennium BC till the first millennium AD.