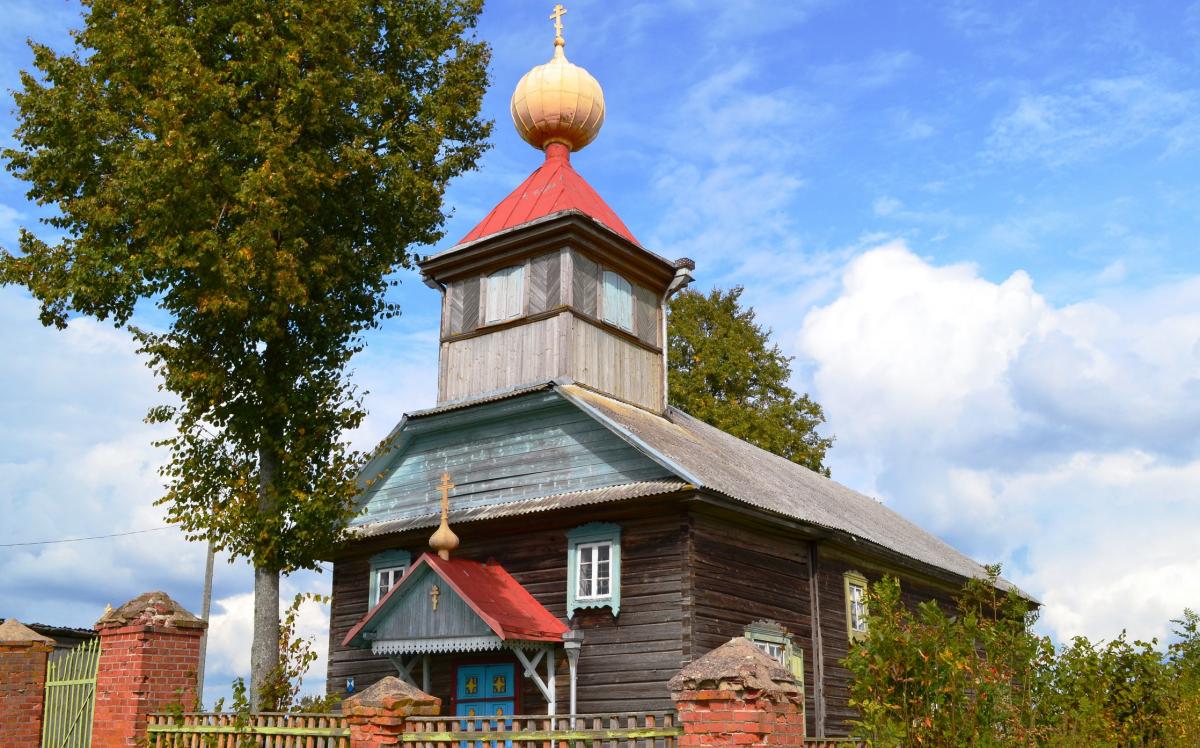 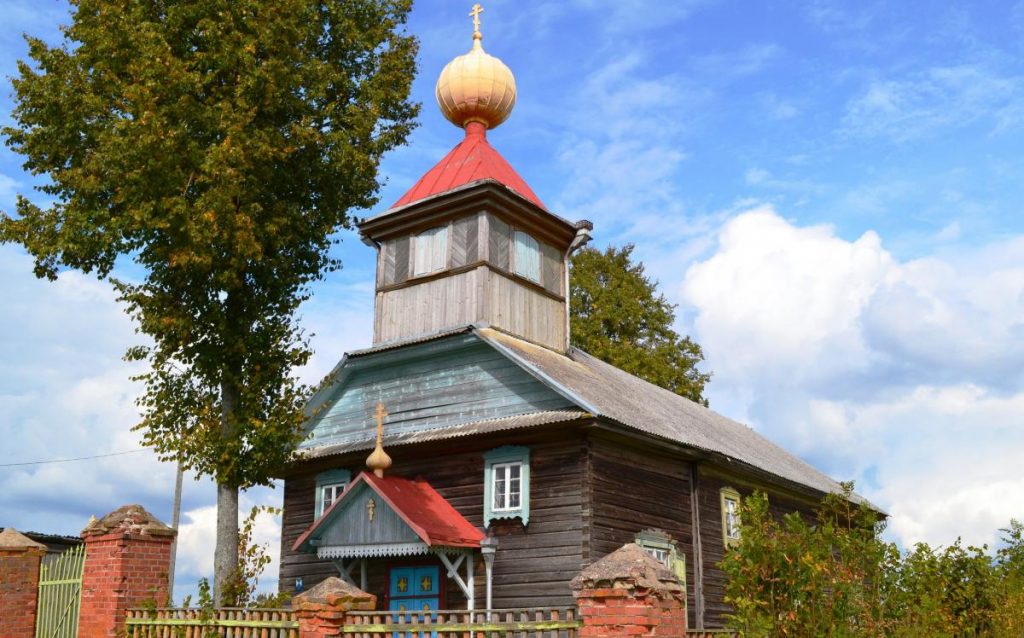 The parish in Krivani was founded in 1908, but the chapel was built later. It’s decoration is not typical for chapels of Daugavpils region. At the same time the architectural composition, shapes and details resemble the wooden part (that now is demolished) of the chapel in Old Fordstadt in Daugavpils. Perhaps, this chapel was a model for the builders in Krivani.
The building has a rectangular shape with a dedicated vestibule and a porch under the canopy. The rectangular bell tower “grows” through the roof, an almost circular head above it. The wooden blockhouse is partially covered with boards. The choruses are arranged above the vestibule. The solea is finished with a balustrade. The prayer house has a three-tier iconostasis with the shelves with icons and the chandelier with candles. There is a flat beam overlap that is covered with boards. The walls are covered with wallpaper.
In Soviet times the prayer house was an architectural monument.