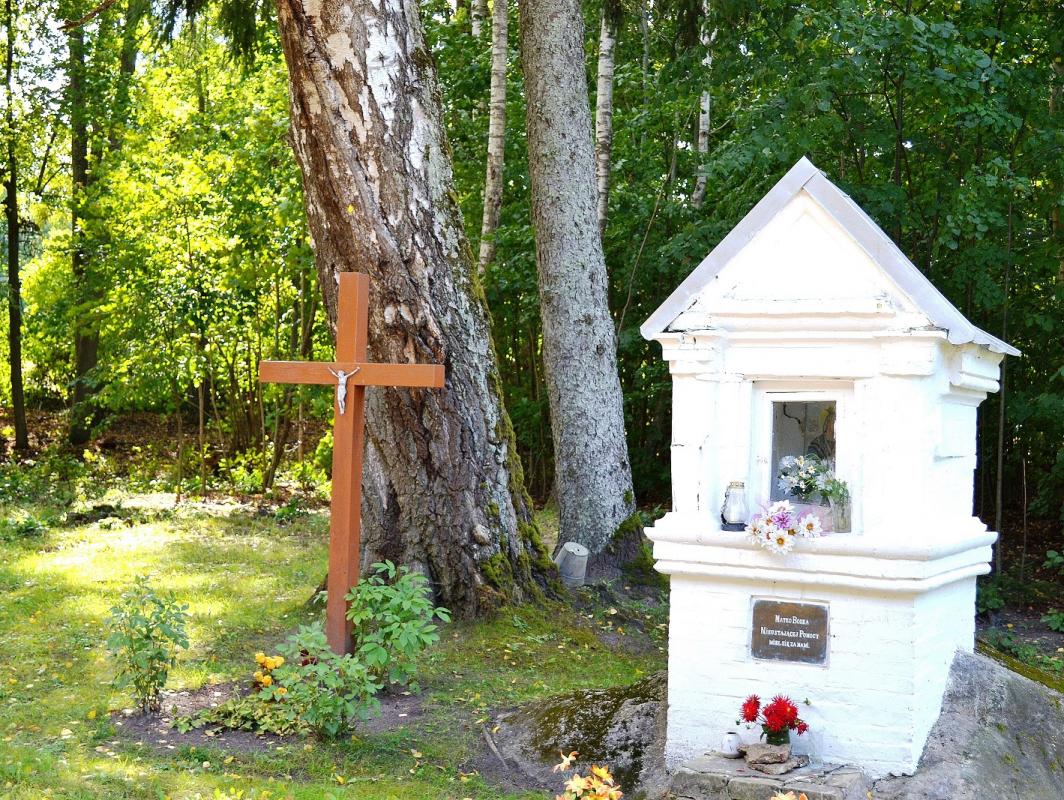 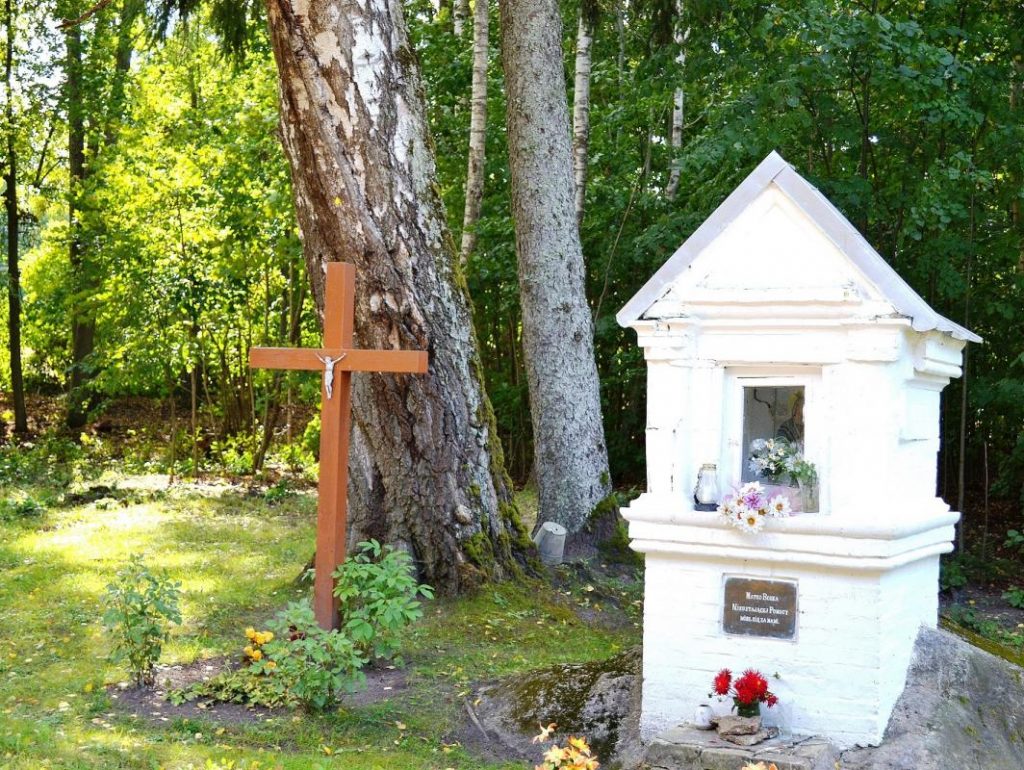 There is a brick chapel (2m x 1.5m x 2m) in Jaunborne  with galvanized plate-tin roof, that is built on a boulder. Proportions of the visible part of the boulder is 3.6m x 2.5m x 0.9m. The chapel is a stone post with a niche, in which there is the permanent helper’s of the Virgin Mary’s permanent assistant painting in a wooden frame. On the frame there is an inscription in Polish: on 15th October 1907. Further there is an appeal to the Virgin Mary in order she could give good health to others. Under the niche there is a tin plaque with writing in Polish language: “Matko Boska Nìeustajacej Pomocy Mòdl sìę za Nami” (Under Your Sanctuary).

There is a story about the building of the chapel:  “A farmer in 1907 in broad daylight was attacked by villains. They wanted to kill him, but the farmer was lucky enough to escape. The villains in anger darted to catch him. The farmer got tired and fell near a big stone. He knew that the villains were just about to catch him and started to pray: “Under Your Sanctuary”. The villains didn’t notice him and continued to run, because they still saw the running farmer. The farmer in reward for the escape built this chapel in honour of the Virgin Mary.”

Another story says that the chapel was built by the landowner Savicka from Jaunborne in memory of her husband who disappeared during the Polish uprising in the end of the 19th century.  In 1975 a big tree fell down near the chapel. The tree did not damaged the chapel. Bioenergetics and geodesy experts (I.Vīks) inspected the crucifix and established that the foundation stone is located in a point of intersection of vigorous underground water. Considering this fact and also the fact that around the boulder there are places rich with springs, and several hundred meters from the crucifix spurts vigorous spring (near the Jaunborne Church), may be put forward a hypothesis that here had been ancient sacred place. Similarly to other places in Latvia, in order to eradicate paganism in such sacred places often were located symbols of Christianity – crosses, crucifixes, chapels, sometimes even churches were built.