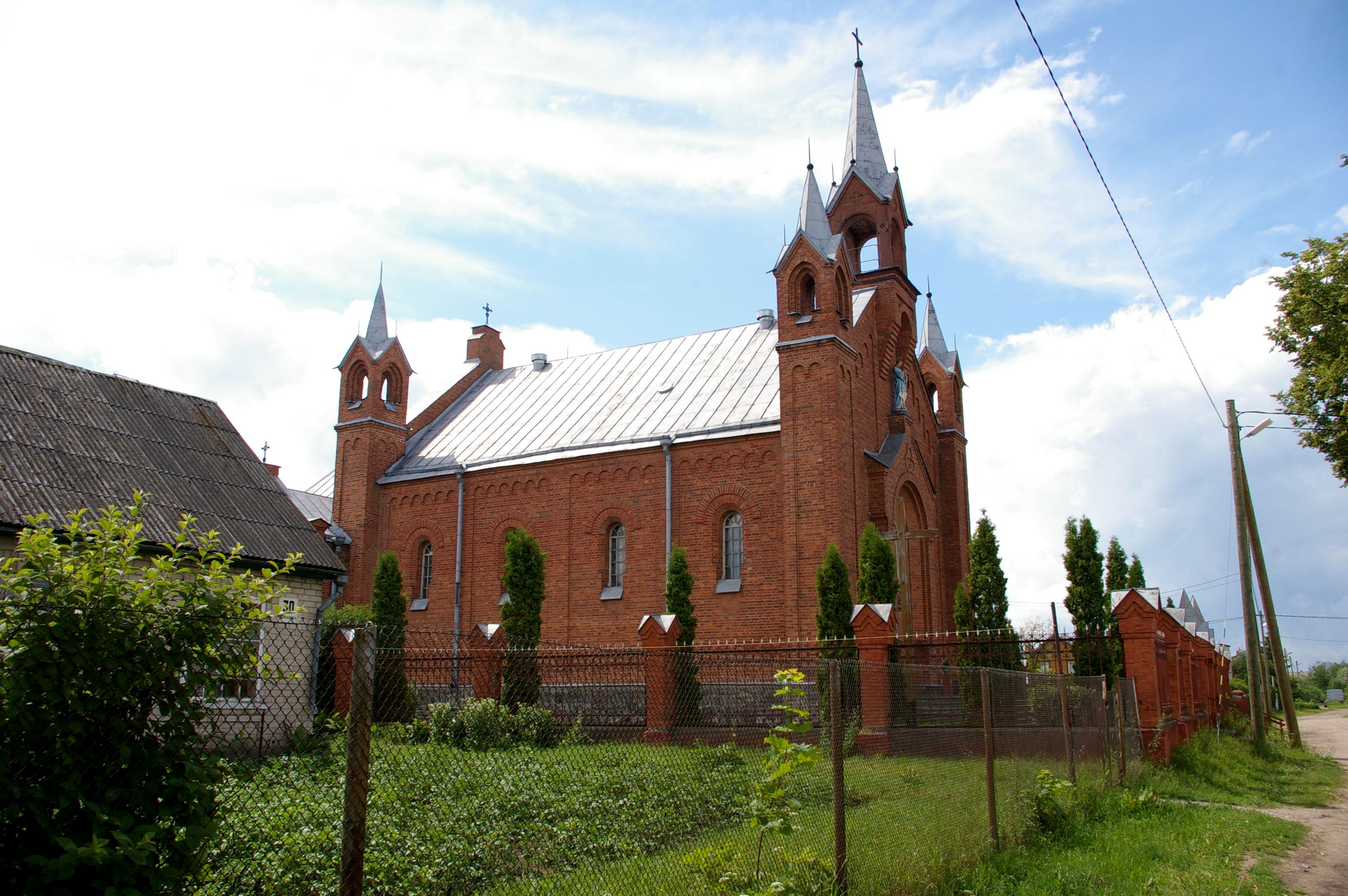 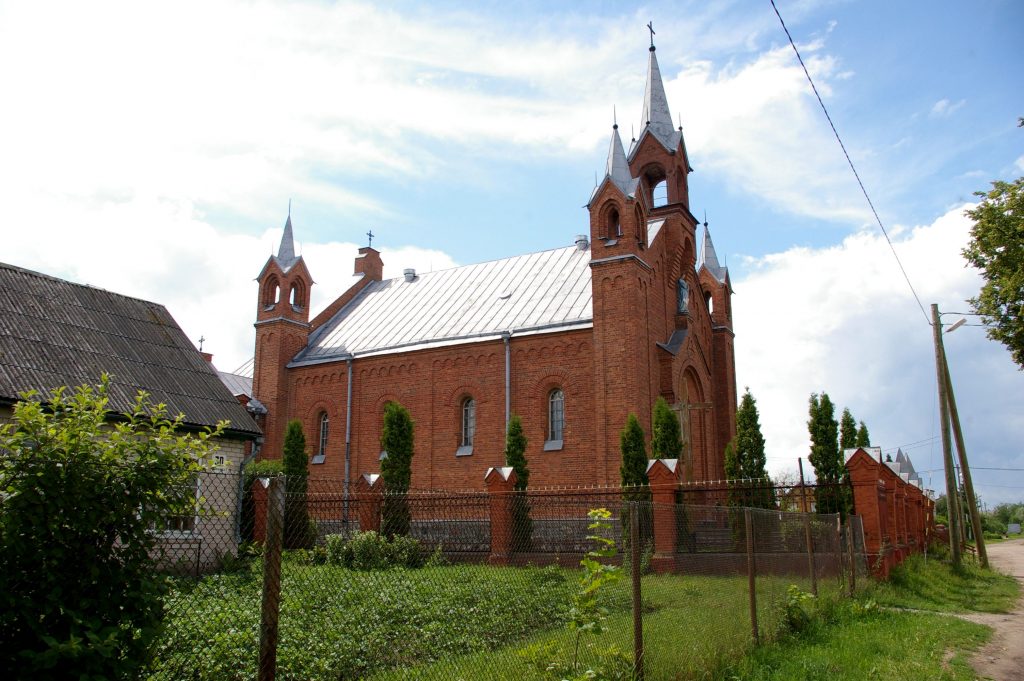 In the late 19th century there used to be Old Believers’ and Orthodox churches in Griva, but the Roman-Catholic parish did not have its own church. A huge fire in 1845 turned Griva into a solid site of fire. Local residents, day and night in their prayers, asked God to protect them from harm.

The legend tells that during one night prayer the Virgin Mary came in a light image to the father of a large family and said that people should put up the temple of God and ask for the grace of God in it. The light image of the Mother of God appeared to the praying person in the lands of the owner August Ettingen. Without waiting for the dawn, the father of a large family ran to the neighbours, woke them up and told about the appearance of the Mother of God and about what she had told him. All the inhabitants of Griva had known the news by morning. Count August Ettingen himself also arrived at this place. He kneeled and prayed to God for a long time and then ordered to put a cross at the place of the appearance of the Mother of God and said that he would give this place for the building of the church. It happened in 1860. The father of a large family went from house to house collecting donations for the temple of God. And when 20 years later the money was collected, the residents of Griva started to apply for permission to build the temple of God.

Daugavpils City architect V. Neimanis was entrusted to develop the project of the chapel; On November 10 in 1880, then-Secretary of State Kohanov. On January 18 in 1881 the Ecclesiastical Department in accordance with the directive N. 538 gave permission for the construction of the church to the governor of Kurzeme. The field devoted to the construction was 20 axles (42, 7 m) long and 30 axles (64 m) wide. They made a wooden house, as they wanted to find every opportunity to celebrate the divine service, that was consecrated by the then Dean of Zemgale Joseph Tamulevich. It happened on September 6 in 1881 and the first Catholic divine service in Griva was celebrated at the same day. In 1882 in May, the foundation of the stone church wall started: in the front facade it was 11.5 feet (3, 5 m) deep, while at the south side of the altar its depth was 5 feet (1, 5 m). The foundation was consecrated in a grand manner by the Dean of Laucess Drukshtein on June 21 in 1882. A stone with glass tube with the inserted parchment was embedded in the wall on the right side of the altar, at that place, where was the beginning of the curvature. In 1883 5 feet high foundation from the chipped stone was built, the church corners were covered with lime stones though. The brick walls began to immure in 1884, and the whole church building was completed during next years.

The church was built in 1881 – 1889 and altered in 1935 – 1942. Next to, it a bell tower was built in 1990 (arhitect: Kazimirs Lielausis). Grīva Church is a brick building with Romanesque and Gothic elements in the facade decoration. The most important interior features are the 3 stained glass windows with figural scenes, made at the St. Lucas Workshop in Warshaw in 1889. The pipe organ made at the Krustpils workshop of Friedrich Weissenborn in 1890.

At Christianity 2000 years anniversary for the commemoration mission, on 12 – 18 July in 1999, the mission cross was placed, too. V. E. Bishop A. Just, cappuccino Fathers and Sisters of Poor Child Jesus Congregation planted 3 trees as the symbol of the Holy Trinity.