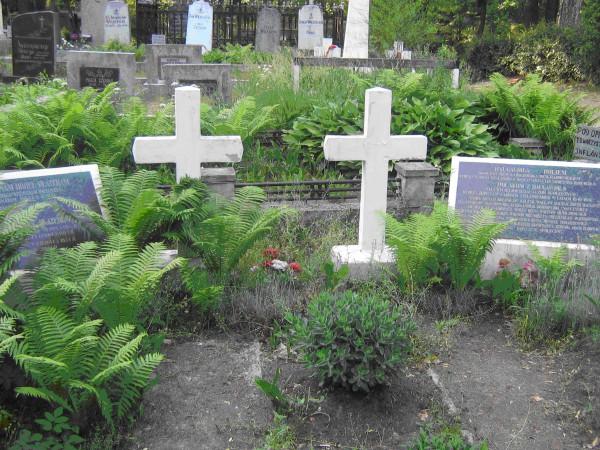 Now, there is no clear opinion about the final resting place of the member of Polish uprising in 1863 Count Leon Plater. Some sources tell that he was buried in a sandy spot of the fortress, near Riga-Dinaburg highway, but then, during the nighttime, he was secretly reburied in an unknown place. Others claim that he was buried in the 3rd fortress bastion. However, The memorial plate to Poles – public workers, teachers, who died in concentration camps during Stalin rule – is located near it.

Leon Plater was born in 1836, in Kombuli estate of count Joseph Broel-Plater and Antonine from Soltan family. Leon’s father was well-known in Inflantia as a good master and perfectly educated interlocutor; he wrote essays for the journal “Rubon” and was the author of management yearbook. He suffered a lot from the Russian government, because he was a relative of Emily and Caesar Plater, who took participation in the rebellion actions in 1830 in Dinaburg surroundings, finally, Joseph gave them a shelter in his manor to save from Siberia. It was revealed and Joseph Plater together with his family was exiled to Smolensk. Leon Plater spent his childhood there. When the time came to learn, Leon was sent to Riga Gymnasium. The elder brother August took care of him in Riga, he worked at the Governor General. Leon moved from Riga to Mitau (Jelgava), where he finished a high school. He returned home, but his father was already dead, his brother Eugene ruled in Kolumbi, but Leon inherited Casanovo manor, where he remained until his death.

He was cheerful by nature and everyone loved him. He knew almost every craft and he organized a wheel table and a carpenter’s workshop in Casanovo. He loved hunting. (..) When Polish uprising began, Leon decided that it would have been a shame if nobody of Plater family had been involved in this movement. At first, Leon himself wanted to go to Lithuania and join Narbuta party, but in spring 1863, Sigmund Buinickis came from Dagda to Casanovo, that changed Leon’s plans. Buinickis had his own plan: to attack the truck with weapon that would go out from Dinaburg fort for the suppression of Polish uprising in a post track in the forest Baltinu, to take over the weapons and give them to uprising members. In Pardaugava, on May 13 in 1863, Leon with five armed servants, who were loyal to him (servant Zablockis, coachman Jan Bans, headman Citovich, Polish gentlemen Niececkis and Anthony) went to the definite place and waited for the truck that was moving through Kraslava. Later it was stated in the report that there were 50 armed men in forest Baltinu (that is a few kilometers to the east of Kraslava near one of the pubs). (..) Coming closer to the truck with the weapon, the members attacked it, some of the soldiers were killed, some – were wounded, but one officer managed to escape to Kraslava, where 47 soldiers were ordered to chase the rebels.

The attack took place, but the rebels were captured, among them was Leon Plater. Before that, a group of fighters under Leon Plater leadership donated all stolen things to the church in Kraslava, to vicar Ian Bolcevich. Priests under the tsarist government sentenced Bolcevich to 20 years in prison. Leon Plyater was also captured, taken to Dinaburg fortress and sentenced to death. It should be noted that after his brother Eugene descriptions, Leon behaved himself very calmly and confidently in fortress, when members visited him.

The brothers Eugene and Michael were also arrested and delivered to Dinaburg (Daugavpils) fortress. They also wanted to accuse brothers of the participating in the attack, but there were many witnesses who had seen them that day busy with their estate. In fact, the attack was organized by Sigmund Buinickis, but he managed to escape to Russia, later he immigrated to other countries. From there, he wrote to Tsar’s government that Leon was innocent, but the government did not take it into account. There were also testimonies from a wounded soldier that the leader looked differently, but it did not work, either. Leon was sentenced to death. The relatives already knew about it because Leon has been transferred from the jail cell to the fortress cell No.1, where normally prisoners sentenced to death were kept. Leon asked to call a priest.  Boleslaw Aleksandrovich visited him. The priest spent the last night with Leon in the cell (it should be noted that this priest was later sent to forced labor and died on the way to Tyumen). Leon adopted St. Sacrament, forgave those who had condemned him to death, and thanked God for the fact that he could accept death with piece in his soul. So, he greeted morning, asked to allow a meeting with his mother and sisters, since they came to Dinaburg. But that was not allowed to him. A small postcard – that was all that left after him. The whole Europe got to know about the events in the forest near Kraslava, newspapers in Poland, England and France wrote about them. Songs were composed and a novel was written about heroic and courageous count. Poet Janis Rainis glorified the heroic death of count Leon Plater in the children epos “Sun Years”  and in the poem “Sunday and count Plater”.