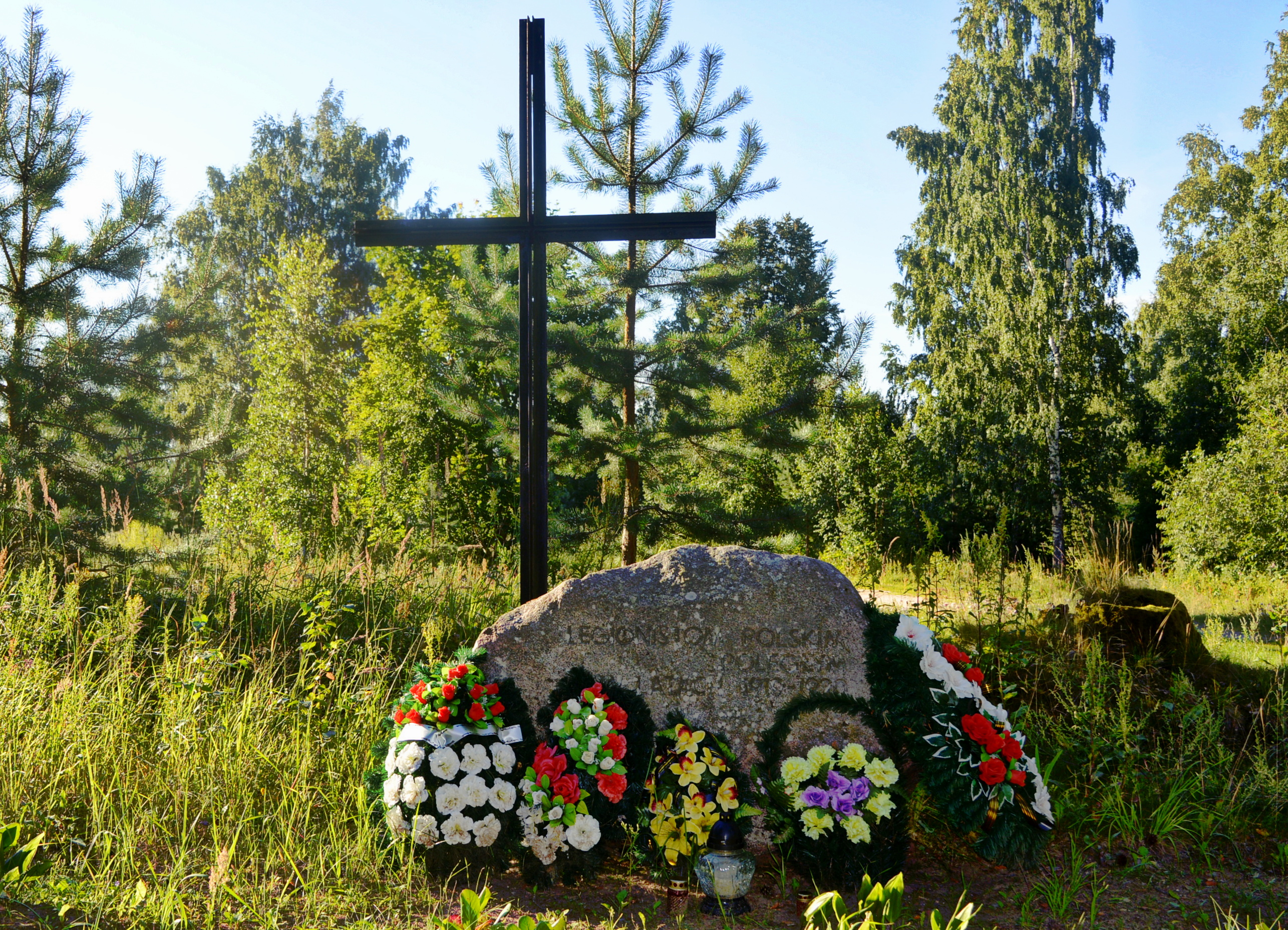 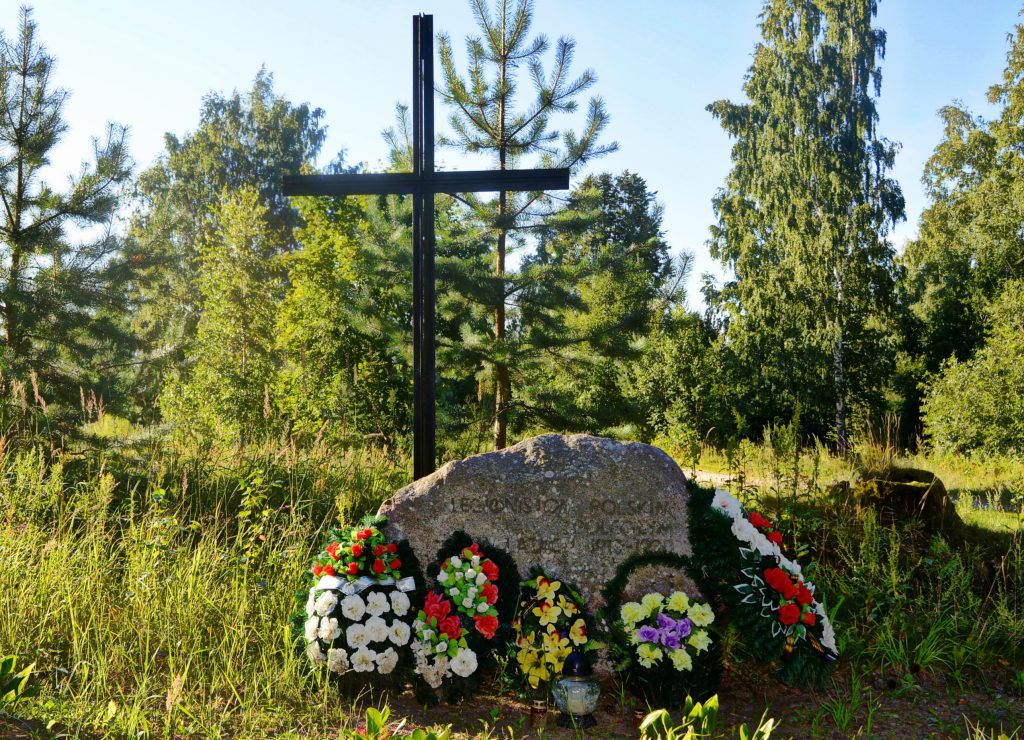 There are two Polish soldiers’ burial places at the Catholic cemetery in Laucese. The Polish soldiers who have fallen on September 27 and 28 in 1919 and January 1920 in the battles for Griva bridge are buried there. In one of these there are three grave hills with white concrete crosses and one big white concrete cross with a black granite plate on which there is an inscription in Polish “Graves of Polish soldiers who fell for Latvian independence in 1919-1920”. The place of the second burial place, that is located at the edge of the cemetery, was destroyed after WWII. In 1995 this place was put to rights. The project was prepared by architect Vanda Baulina, but the sculptural works were made by artist Romuald Gibovskis. The territory was made even and two graves were renewed: one of them is  20×1,5 m and sixteen grave hills (1,5 x1,5 m). A bright sandstone boulder (1×1,5×1,5 m) with the inscription: “For Polish legionaries, who fell in 1919 – 1920, from the folk of the banks of the river Daugava” is erected at the edge of the burial places.  A 3,5 m high steel cross was placed behind it. Concrete heights with black granite plates with names of the fallen are placed in the same line with the memorial stones. The monument of Corporal Mechislav Mansjor (killed in 1920), that is made of gray granite and has a soldier’s photo, remained between grave hills.