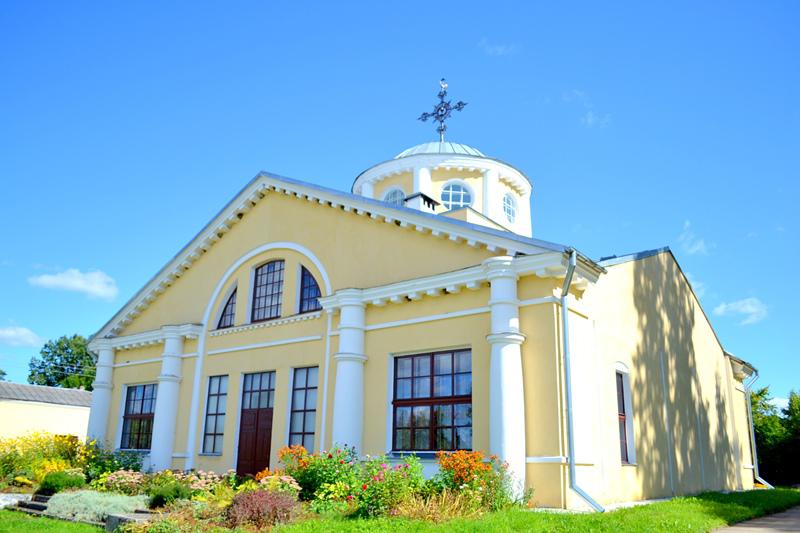 It was consecrated in 2006. The temple is located in the building of the former estate and station Zemgale (1928).

History of the church:
In the early 20-ies of the 20th century, in the building of the church there was a railway station on the Latvian-Polish border. The building was built very quickly, with massive walls and a beautiful dome over the central part of the building. In 1944, the Germans, retreating, wanted to wipe it off the face of the earth, and therefore, two thirds of the building went into oblivion.
Until the early 60s of the 20th century the building was a station, but later the Latvian railway refused it. The hosts changed, and the building finally emptied. It stood on the edge of the path, unnecessary, with a leaky roof, stagnant and moldy walls, empty windows and doorways, until the deans from Daugavpils A. Madelan and A. Olekhno found him, as well as priest Klavchan.
The construction of the temple lasted three years. The parishioners on their own made a complete restoration of the building. Some of the building materials were purchased thanks to the support of local government. The German organization “Bonifacius werk” and the community “DauTkom” also took an active part in this.