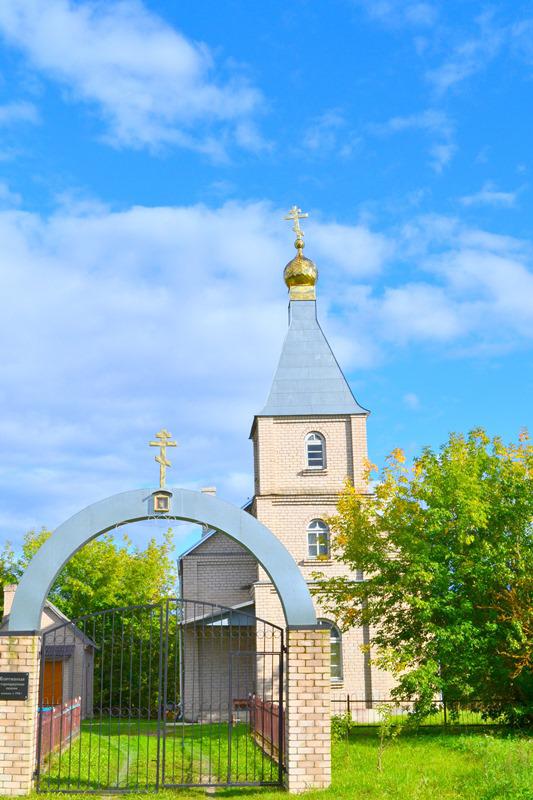 The Old Believer community in the village of Voitiski was founded in 1740. The first chapel was a wooden blockhouse, without a footing, with a straw roof. In the 19th century chapel suffered from fires several times and was damaged during the Second World War and restored again. In 1979 the building was burned again. After this incident it was decided to build a stone chapel. The church complex consists of a fence with gates, chapel and buildings for clergy. The founders of the parish chose a very beautiful place for the chapel: high coast of Lake Bruniu, from which opens a wide panorama of the surroundings.