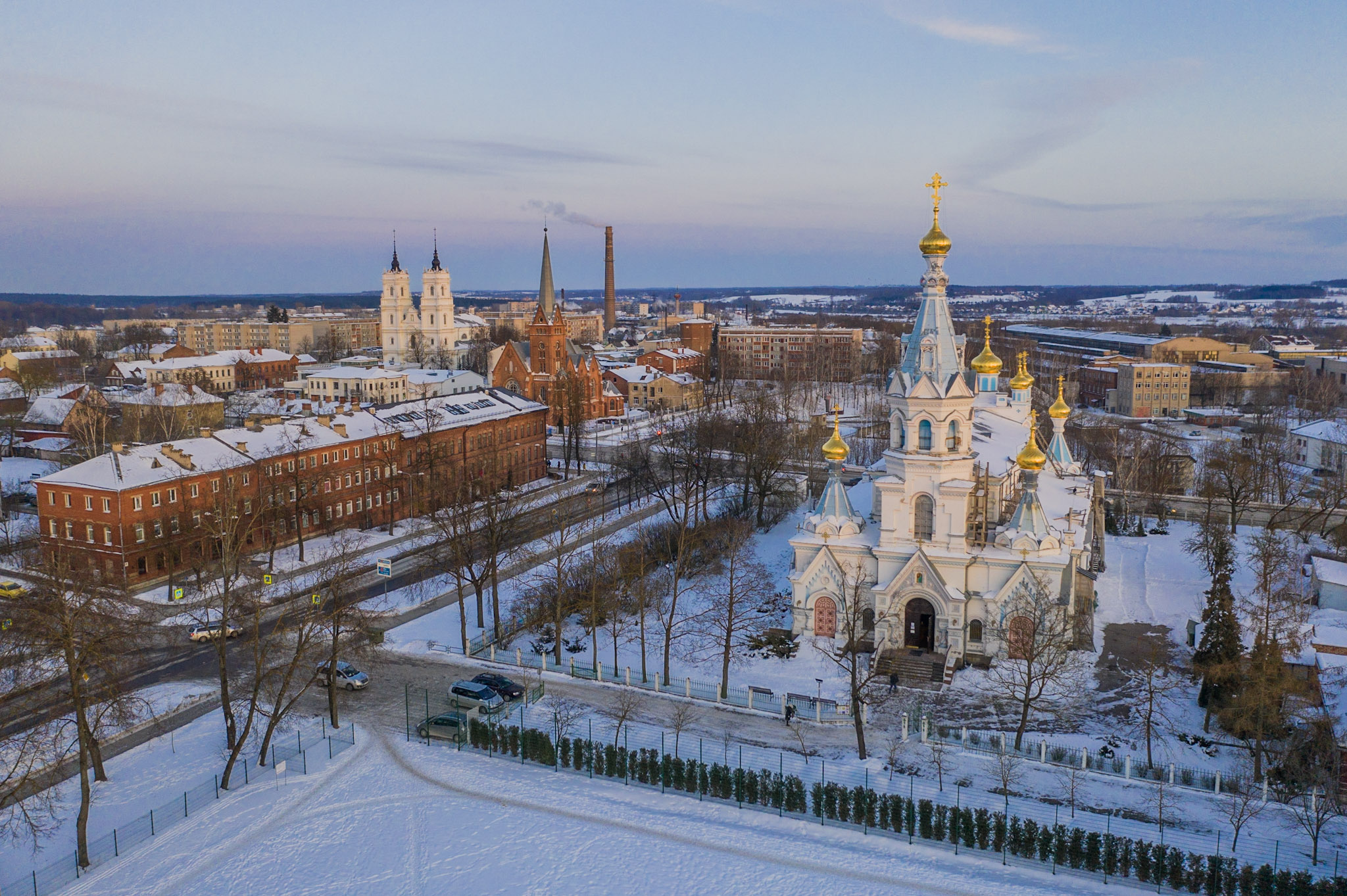 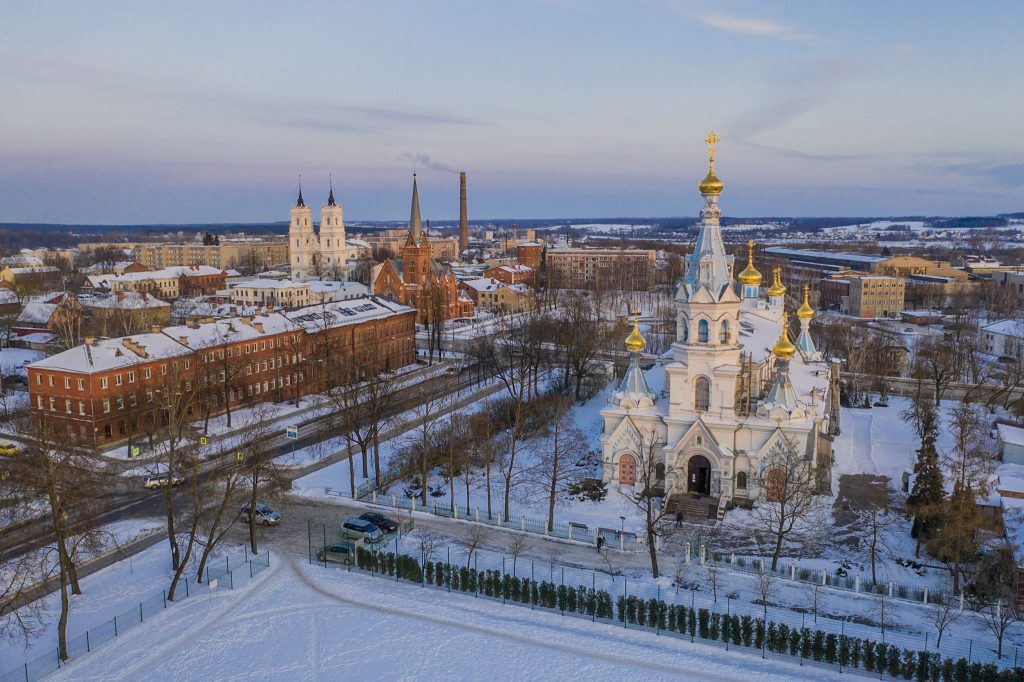 In the place, where St.Boris and Gleb Orthodox Cathedral is located, in 1866 for army needs there was built an iron church. By order of the leaders of Polatsk eparchy in 1904 the church was moved to present-day Jersika (in Līvāni district).

St.Boris and Gleb Orthodox Cathedral was built in 1904-1905 and was consecrated on 12 June 1905. The architect of the cathedral is unknown, but building was financed by military department that dealt with religious questions of army. Unlike other churches which were consecrated celebrating a certain saint or Biblical event, this Cathedral has two dedications: the first and the important one – to pious knyazs Boris and Gleb, the second – to Saint Alexius of Moscow. Initially the services in the Cathedral were conducted either by the priests arrived from neighbour environs, or by the elder priest of Daugavpils St.Alexander Nevsky cathedral. Only in 1922 here was established permanent parish. In 1925 there initiated to function also Latvian parish, and since that moment St.Boris and Gleb Cathedral had two parishes – Latvian and Russian. In 1938 the cathedral was consecrated by bishop of Jersika – Aleksandrs. It became the main residence of new bishop, thus receiving the designation – cathedral.

St.Boris and Gleb Cathedral in its plan has the shape of oblong rectangle that is divided in three parts: noticeably higher middle nave and two side naves. Stone nave of the cathedral leans on foundation of granite block masonry. Cathedral’s span roof is covered with tin plates. The division in naves is reflected in cathedral’s external view – in side naves’ ends (in corners of the cathedral) there rise towers. In Eastern part of the heightened middle part of the building, on rectangle foundation, there are built 5 small towers. Above the entrance to the cathedral there is a belfry, which initially had four bells. At the moment cathedral’s towers are covered with purple tin roof and its cupolas are coloured blue, but in first half of the 20th century all ten towers had gilded cupolas and crosses. White-coloured building of the cathedral is very expressive – in its external view were used decorative elements of wedge-shaped arch, as well as eaves, columns, pediments, portals, etc. To make the decoration of the building even more impressive, here and there was used light blue coloration. Above the entrance to the cathedral there is placed the picture of the Christ, but its Southern facade is decorated with wall painting of Saint Boris and Gleb. External view of the cathedral, especially the outline of the shape of the decorative columns, relates to Russian architecture of turn of 19th and 20th centuries, in which under the influence of historicism could be seen the echo of Russian and Eastern art.

The cathedral has many wall paintings. Its ceiling also is decorated with paintings. In the middle nave wall there are built windows. But the most interesting component of its interior is iconostasis. Its frame is made of polished oak-wood with beautiful wood-carving that here and there is supplemented with gilding. Although the iconostasis has only one row of icons, it doesn’t create an impression of poor interior of the cathedral. The cathedral has three Gates of the King (usually there is one such Gate that is located in the middle of iconostasis) – in the centre and in side parts, thus creating three-sided. In the central part of the iconostasis, above the painting of “The Last Supper”, there rise three small stylized towers with gilded onion-shaped cupolas crested with crosses. There is an opinion that the icons of cathedral’s iconostasis are the copies of the icons painted by Viktor Vasnetsov (originals are located in St.Vladimir’s Cathedral in Kiev). The iconostasis, as well as 19 cathedral’s icons, created in 1820s, is included in the list of state protected cultural monuments. Altogether in the cathedral there is huge amount of icons, which are dated in period from the beginning of the 19th and till the beginning of the 20th century; among them there are the icons created by I.Udalov (1908) and Tatyana Kosinska (1929-1932).

St.Boris and Gleb Cathedral in the sense of the use of numerous decorative elements is recognized as the most gorgeous orthodox cathedral of this region. Its building is justly considered as one of the most spacious, richly decorated and arranged orthodox cathedrals not only in Latgale, but also in whole Latvia.