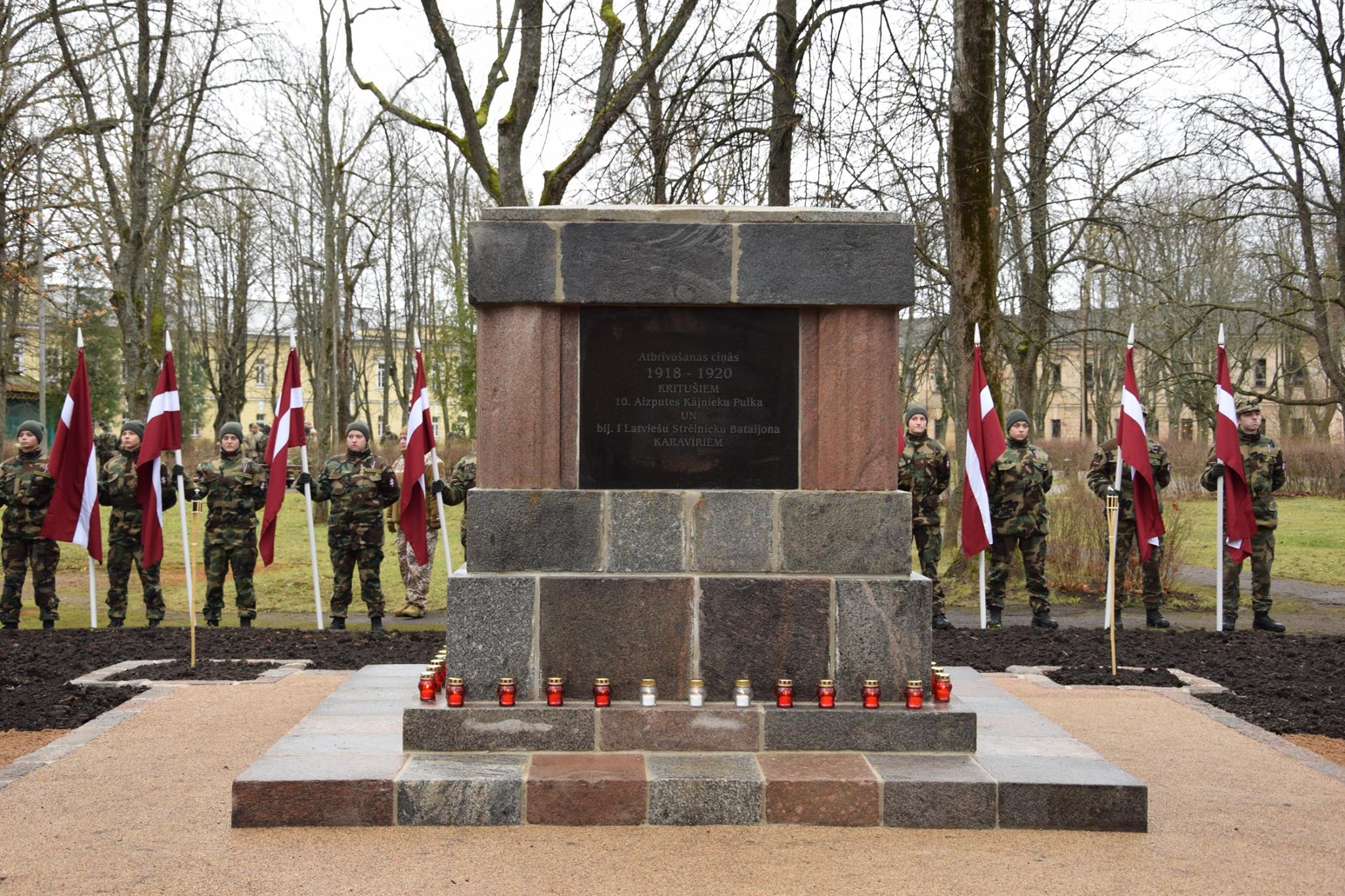 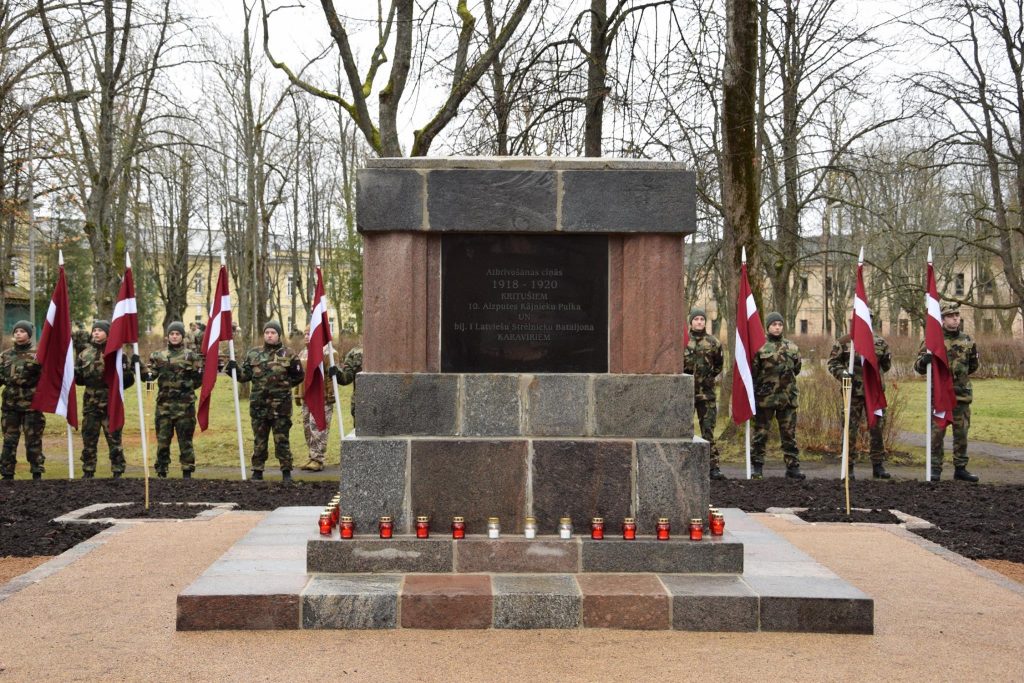 On November 14, 1924, in the garden of the Daugavpils Fortress, a monument of remembrance to 44 soldiers of the 10th Aizpute Infantry Regiment of Zemgale Division, who died in the Latvian War of Independence, was unveiled. On the side planes of the monument there were two granite plates with the following text: “To the 10th Aizpute Infantry Regiment soldiers and soldiers of the former 1st riflemen Regiment fallen in liberation fights in 1918-1920” and regiment’s slogan “Your nation will not die when you die for the nation”. The project of the monument was designed by the engineer V. Riemer. The monument was unveiled by the Deputy Minister of War Kārlis Ezeriņš. During the Soviet period the monument was destroyed. After 1944, it initially served as a pedestal for the Stalin’s monument bust. In 1950s Stalin’s bust was replaced with the Lenin’s bust, but later the monument was relocated. Since then, all these years only a fragment of the destroyed monument was visible in the Fortress garden. On 2017 the monument has been restored to its original state. With an official opening ceremony the restored monument was unveiled on November 14, 2017.