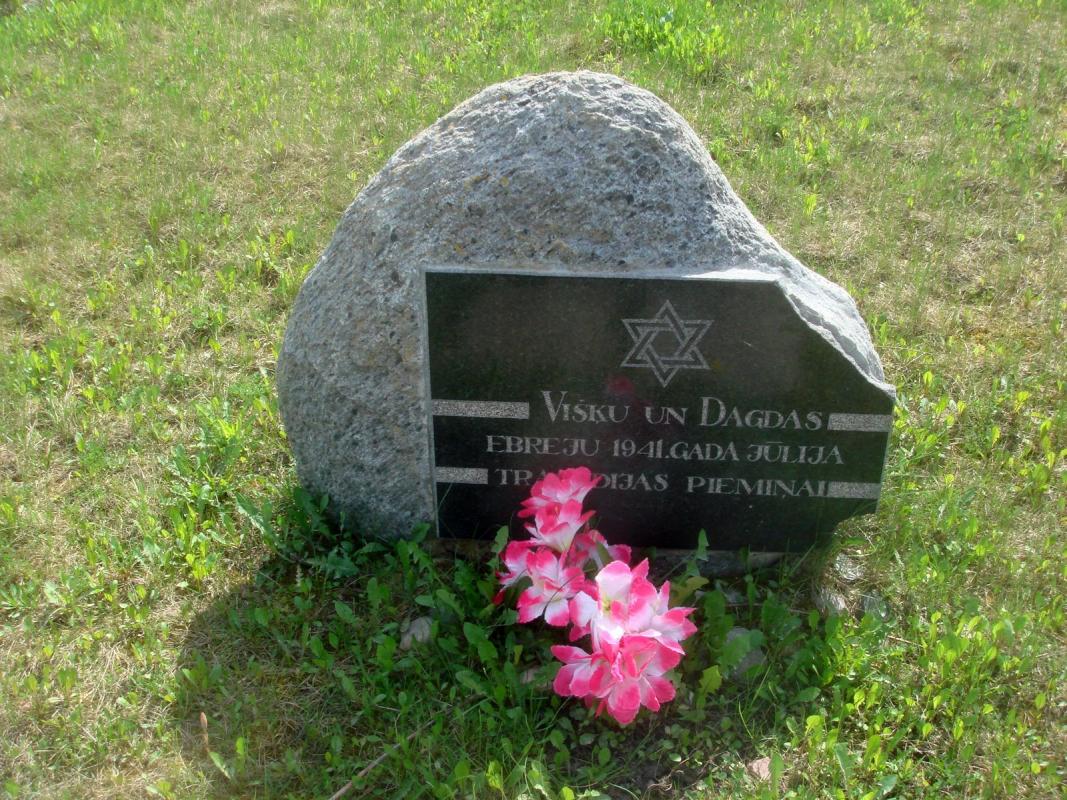 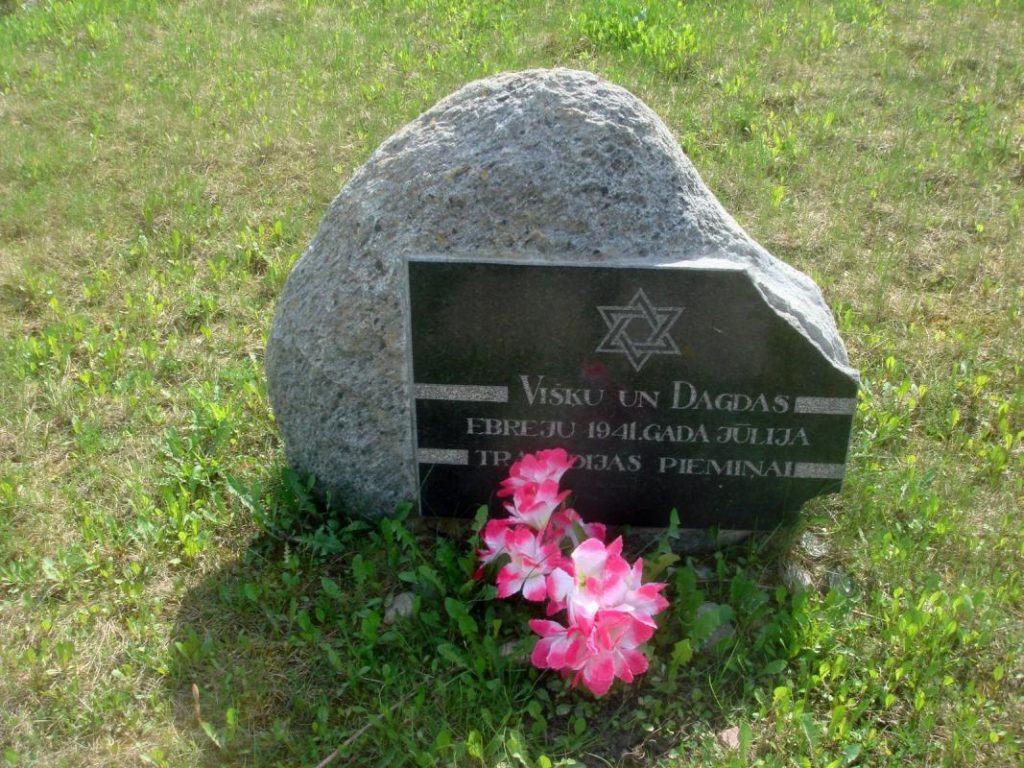 At the time of Nazi German occupation from 1941 till 1945, about 85 000 Jews were murdered in Latvia, 35 000 of them were killed in Daugavpils and several thousand of them were also killed in its surroundings. The mass murder place is also located in Viski area, at Klana Viski, where Jews from Viski and Dagda were killed. On the left side of the road, where in 1941 the Jews were shot, in 2001 the memorial place was built and a small granite stone (the author Aivars Regza) was placed.