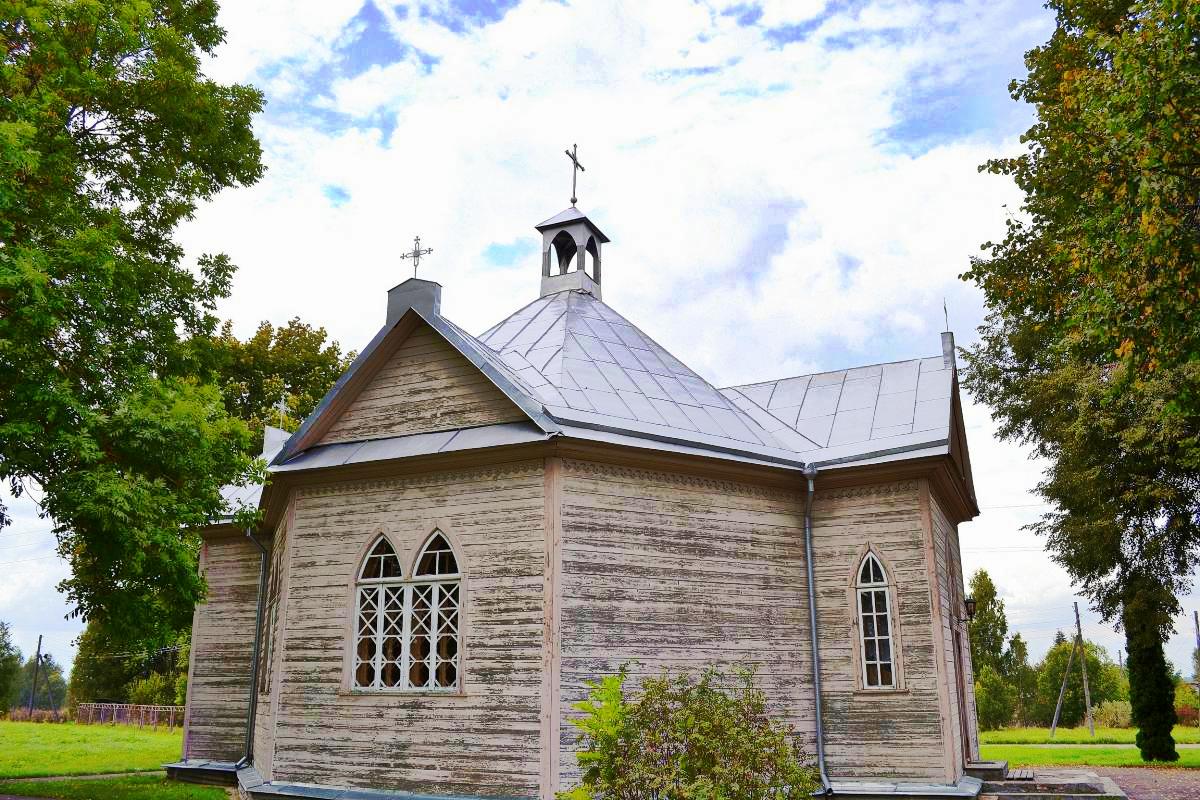 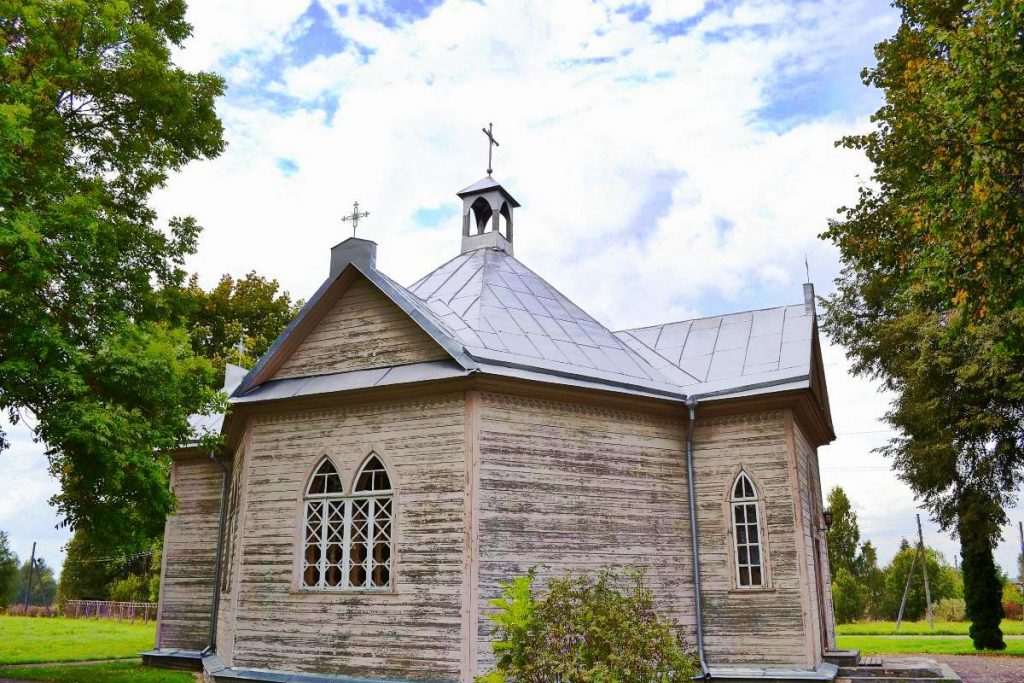 Jesus’ Heart Catholic Chapel in Dubna (Varsavena) was built in 1800 as a wooden octagonal building with an extension of the altar part. This is the only sacred building of this type in the Daugavpils district.

History of the church:
In 18th century Dubna joined the sphere of activity of Daugavpils Jesuits. Here was situated a post of Jesuits’ mission (1702-1765). Jesuits there also had property. In 18th century Dubna was a part of Nidermuiza (at present time in Preili district) Catholic parish. In 1761 in churches’ visitation documents here was mentioned oratory (initially chapel was located in Dubna manor). Wooden Dubna chapel, which has centric planning, in present location was built in 1880. In 1882 the chapel was rebuilt, thus receiving present-day appearance. In the chapel there was neo-gothic wooden altar with the painting of “Jesus’ Heart” (later the altar was moved to church in Viski, now it is in Riga). The chapel – planked log building – was built by local masters. Greater renovation works in the building were done in 1934 and 1938. In the beginning of 1950s the chapel was possessed by local kolkhoz and it was used as a warehouse. Chapel inventory was divided between Aizkalne and Viski churches and Gornajaši (Kalnajasi) chapel. In 1990s got back the building of chapel and it was renovated.
Dubna chapel is octagonal building with elongations in sanctuary part and near the entrance. Roof of the wooden chapel has pyramidal shape and is crested by small tetragonal tower. Chapel’s wooden ceiling, which is supported by four wooden bearer bars, is matched to shape of roof construction: in the middle it is gradual, but from the sides – beveled. Above the entrance there is a gallery. In the gallery there are placed benches. Inner walls are planked. Lancet arch door and window openings as well as decoration work of the facade indicate the use of neo-gothic elements. In the chapel there have remained old churchgoers’ benches, crucifix, made in first half of 20th century (local master Konstantin Poplavskiy), and openwork original frame of altar painting. New wooden altar was made by local master.
Catholic chapel in Dubna is centric sacral building of small nave, characteristic to Latgalian architecture, built in second half of 19th century. The chapel has combined traditions of local timber building and forms of neo-style architecture.