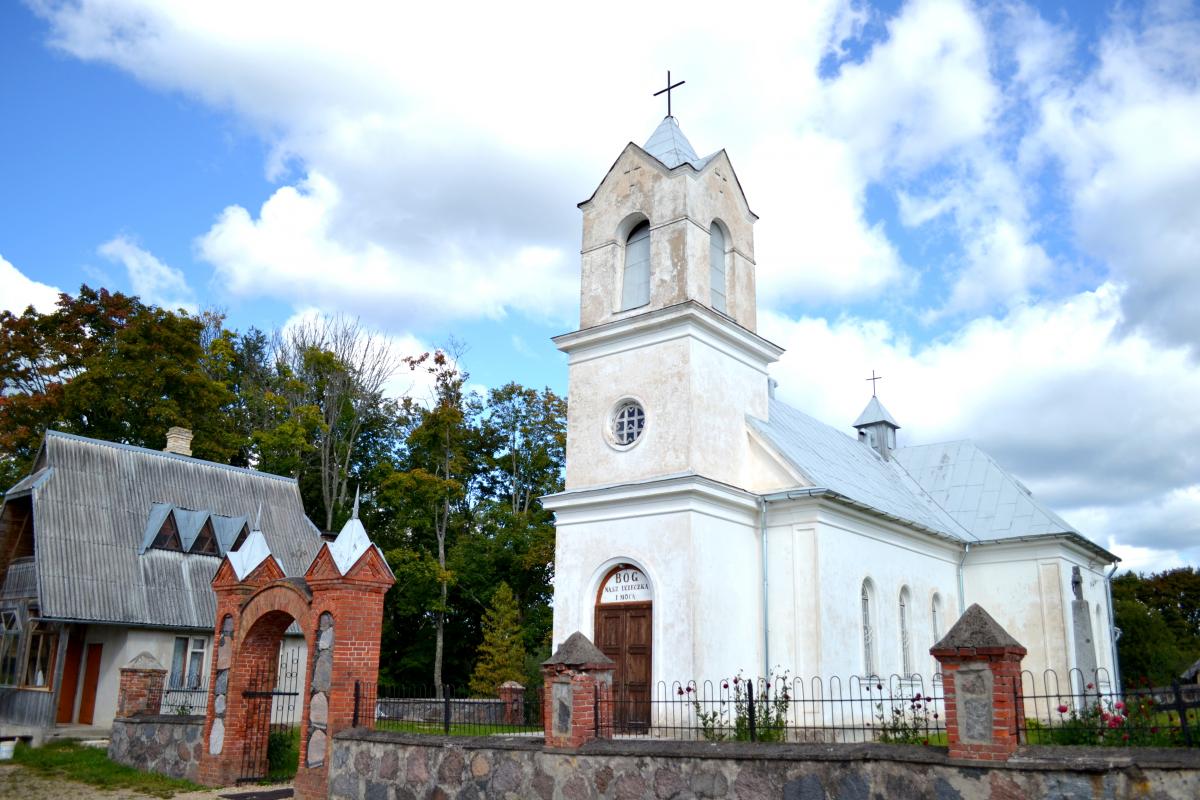 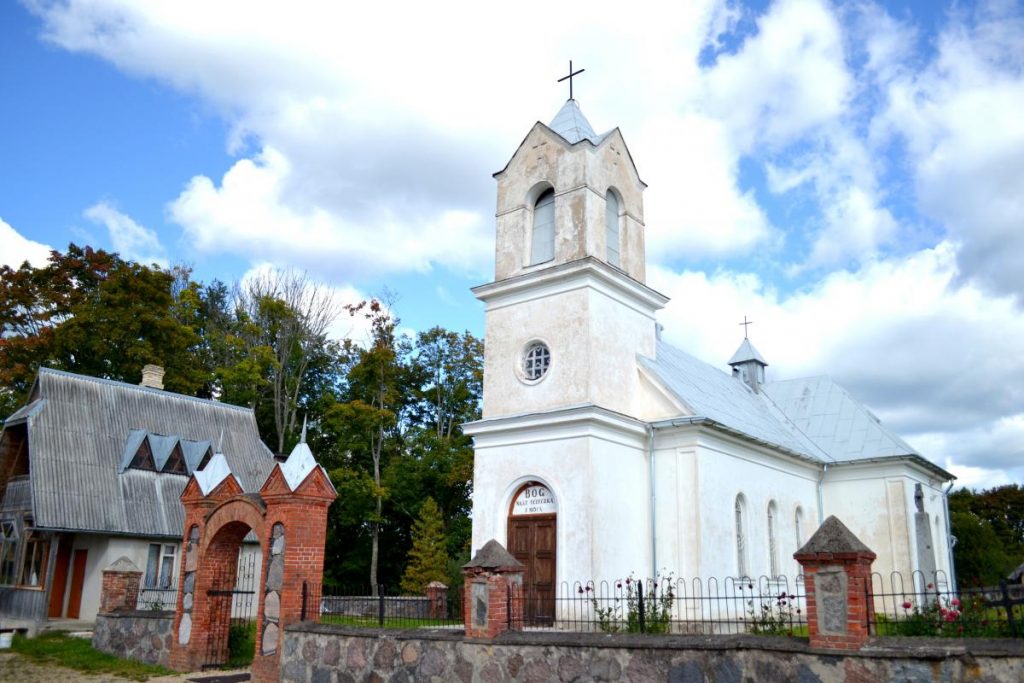 The small and very simple Jaunborne Holy Cross Catholic Church was built in 1859 at will of Polish landlord Julius Sivickis. It was rebuilt in 1890 and renewed in 1921. The most interesting for art admirers are woodcarving of organ prospectus, which, probably, is a part of mannerism style from Elerne Church’s furnishing. There is a cemetery around the church, where are burials of Sivickis family.
Jaunborne church was built of stone and had shape of the cross. From the outside it was colored white. Its roof was made of galvanized plate-tin and had one tower and a small gazebo in the middle.