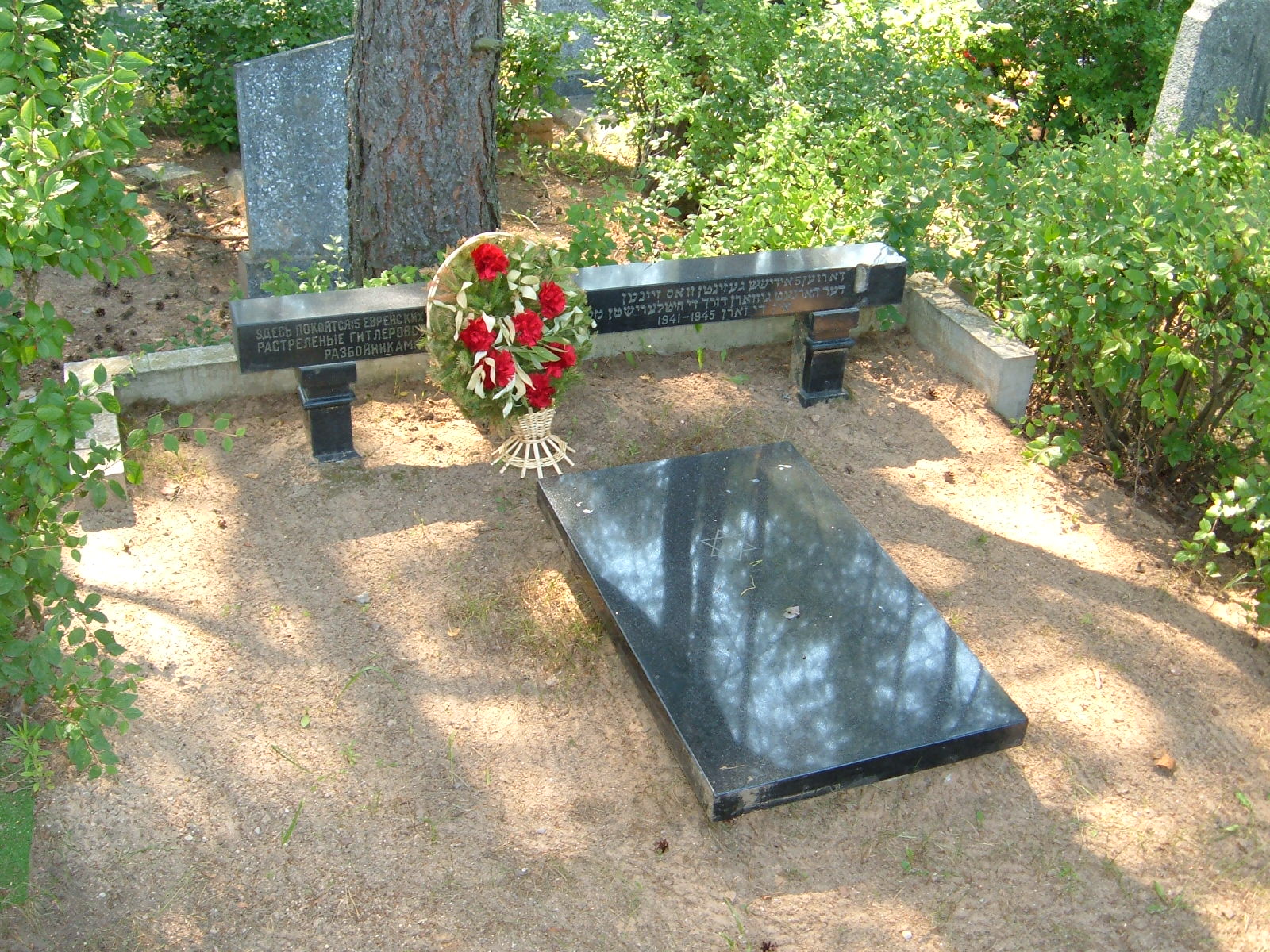 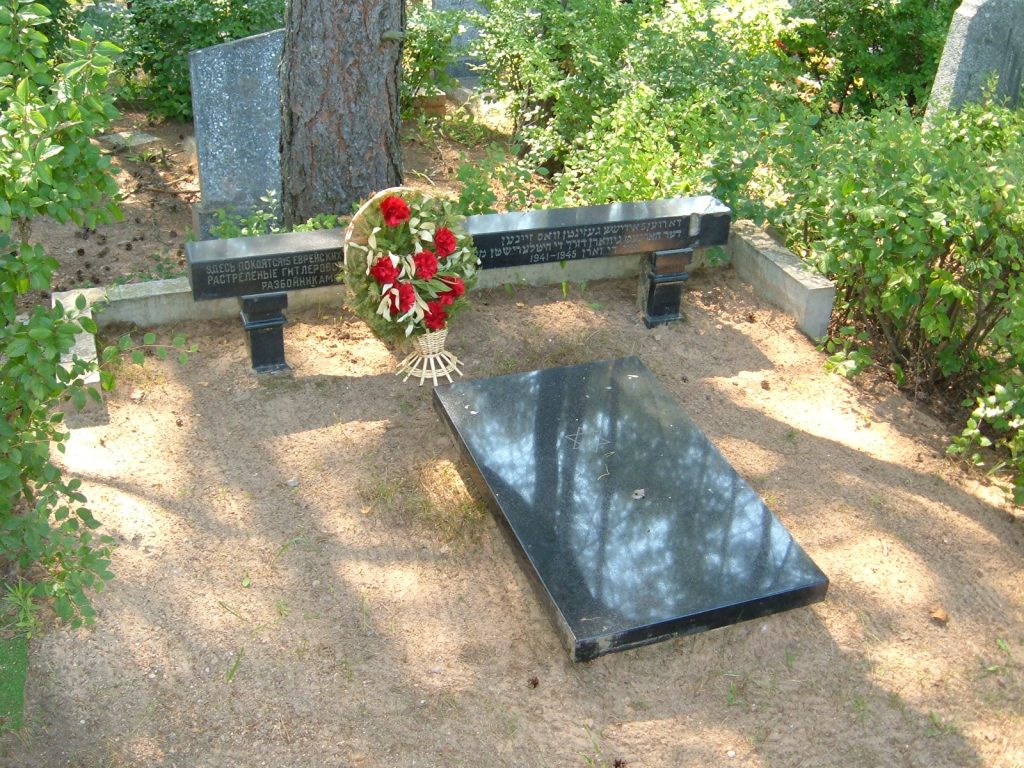 The Nazi troops entered Daugavpils on 6 June 1941 and already on the first days of occupation launched the campaign to exterminate the Jews of Daugavpils. Pursuant to an order of 15 July 1941 all Jews had to move to the ghetto – a fortification on the left bank of the Daugava River. The majority of those imprisoned in the ghetto Jews from Daugavpils; however, later a couple of thousand Jews from towns and rural areas in the vicinity were driven here – from Krāslava, Grīva, Višķi, Indra, Kārsava, Dagda, Ilūkste district and other places (also from Lithuania). In total approximately 15 000 to 20 000 Jews were placed in the ghetto, of which less than 100 persons survived. A part of Daugavpils ghetto prisoners, who were shot in the Mežciems Forest, have been reinterred in the Daugavpils Communal Cemetery, their remains were found in the 1950s. During the first post–war years the reinterment site was in the Old Jewish Cemetery, but in the 1970s, when the Cemetery was liquidated, the monument was moved to the Communal Cemetery. There is an inscription in Russian and Yiddish on the monument: “Here  Jewish families rest, shot by Hitler’s executioners in 1941–1945”.