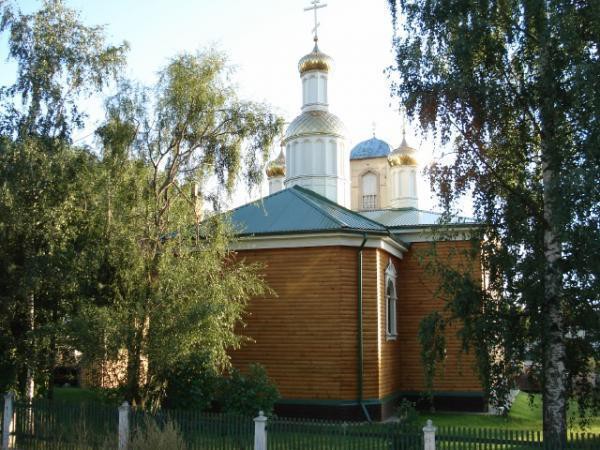 In 1921, permission was received to relocate to the Old Suburb of Daugavpils a church that had stood until then in the army range, about 1 km away. The city of Daugavpils granted land and the Cemetery board of the Daugavpils Orthodox Churches provided the required additional timber. By 1923, the church had been relocated and in 1929 the foundation stone was laid. Construction work was carried out under the supervision  of building engineer I. Fiodorov, and in 1934 the church was completed and consecrated.

The aisleless wooden church is rectangular in plan, with a polygonal apse. It has two towers: a bell tower above the entrance and smaller tower at the east end.

The icons date from 1833 up to the earl 20th century, one group of them brought from Moscow.