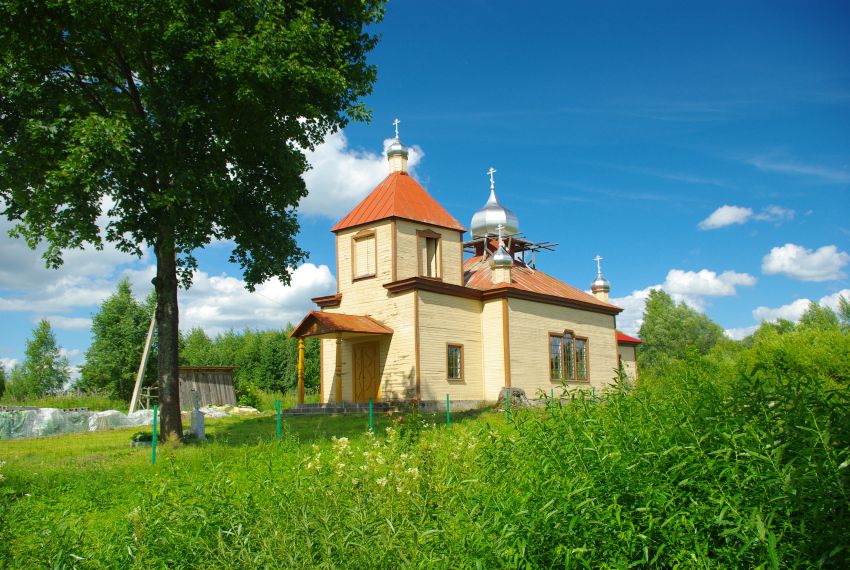 St. Peter and Paul Church in Danisevka is located on the same street with the Old Believers’ chapel, right next to it. The church was built as a church of Common Faith. The need for the construction of the church emerged already in 1871, but the parish was opened only in 1903. The initiator of the construction of the church was Ioann Digilev, who turned into Common Faith in 1902. About 50 people joined him. I. Digilev received the priesthood. At first, the divine services were in the ordinary farmhouse that was adapted for this purpose. I. Digilev led the construction himself. He traveled to Moscow and St. Petersburg to collect donations and to buy the church equipment. The church was consecrated in August 1908. During the WWI the military unit was stationed in Danisevka, the soldiers of which were fed by the church. In 1920 the church was greatly damaged by the artillery shelling and repaired in 1926 – 1931. Since then, the church has remained without rebuilding.
St. Peter and Paul Church is built in a “ship” form, the volume composition is solved hierarchically. The enlarged main room is a little bit prolonged (due to the solea), the vestibule and the altar that are reduced in height and width are joined to it. The modest bell tower is placed above the vestibule. Each part has its own pyramidal roof similar to a canopy. The church is crowned with five cupolas; the small heads are located on the corners of the main volume. The wooden blockhouse is covered with boards on the outside of the church. The facade decor is very modest: the carved pillars of the porch, the cornice of the roof and the very simple window frames. Inside, the ceiling, the eastern wall and the low wall panel are covered with boards. The prayer hall has a beautiful two-tiered iconostasis made of dark wood and richly decorated with motifs of vine.