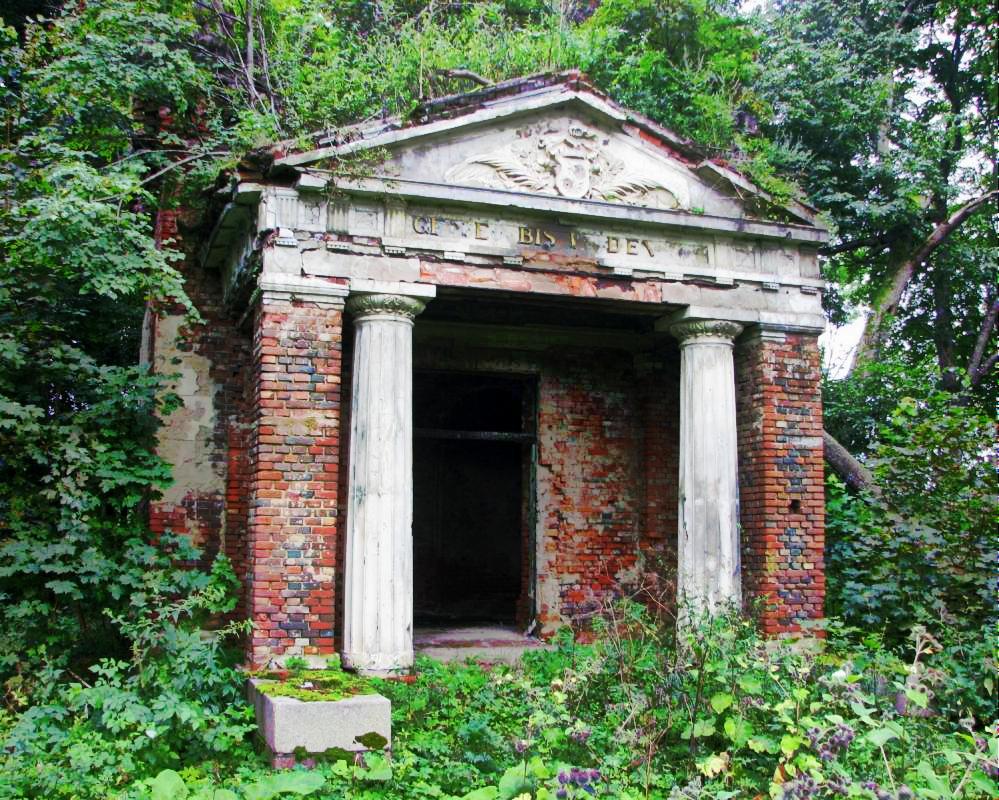 The way from Daugavpils to Demene is accompanied by several long stretched lakes – Ustuka, Demene, Brigene, and others. View of the banks of these lakes has charmed a lot of people. There is a lot of estates in this place. One of them is in Brigene. It is near the former complex of Brigene manor where is situated one of the most beautiful national landmarks in Daugavpils district – a mausoleum (chapel) that was built in Classicism style by order of landlord Max von Engelhardt in honour of his deceased wife Dorothea von Engelhardt (1862 – 1898). Unfortunately at the present moment the mausoleum is in very poor condition.