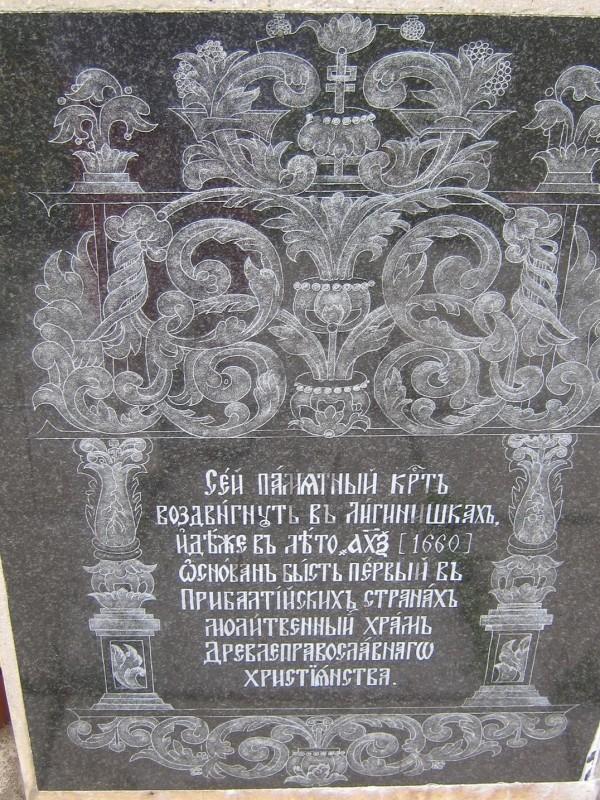 In Daugavpils, at the cross point of Baznicas and Liginisku streets, the memorial place of the first Baltic Old Believer’s prayer house (1660) is located. Latvian Old Believers early historical sources indicate that in 1659, in summer, part of Old Believers, saving from persecution, moved to the Duchy of Kurzeme. In the summer of 1660, staying in Liginiski village, they built the first Old Believer’s church in Kurzeme. It was built at the time when in Russia Tsar Alexei Mihailovich ruled. The manager of this church was a priest Terentij, then his son Afanasij and his grandson Stephen. The message that in our district appeared Terentij can be read in the history of Kurzeme. It also became known that the priest Terentij having lived 97 years, died in Liginiski in the summer of 1764. But the son of Terentij, Afanasij died at the age of 111 in Baltruka village in the summer of 1775.

There is a publication “The first Old Believer’s church in the Baltic states” in the Old Believers church calendar of 1960. It says that the church was closed in 1837, during the reign of Tsar Nicholas I. The future fate of the church is not clear: whether it burned down or was robbed and destroyed. The symbolic black granite cross is set on its place.