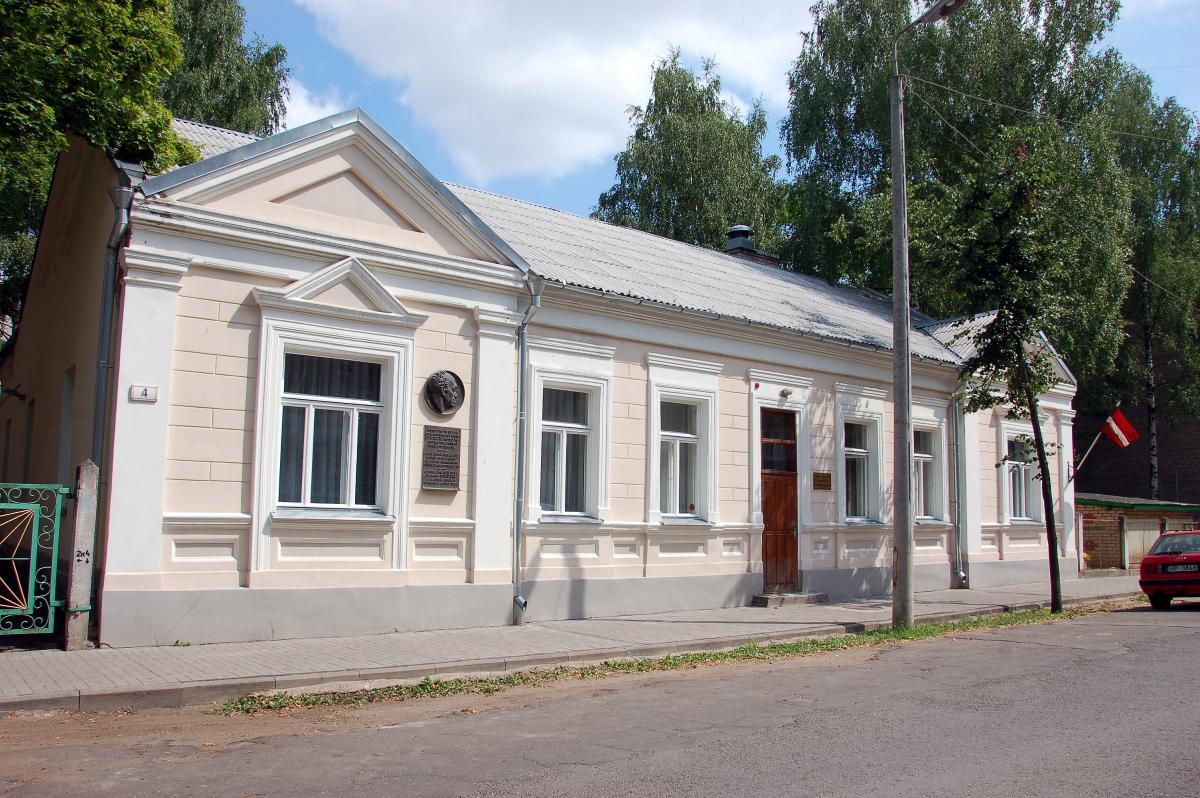 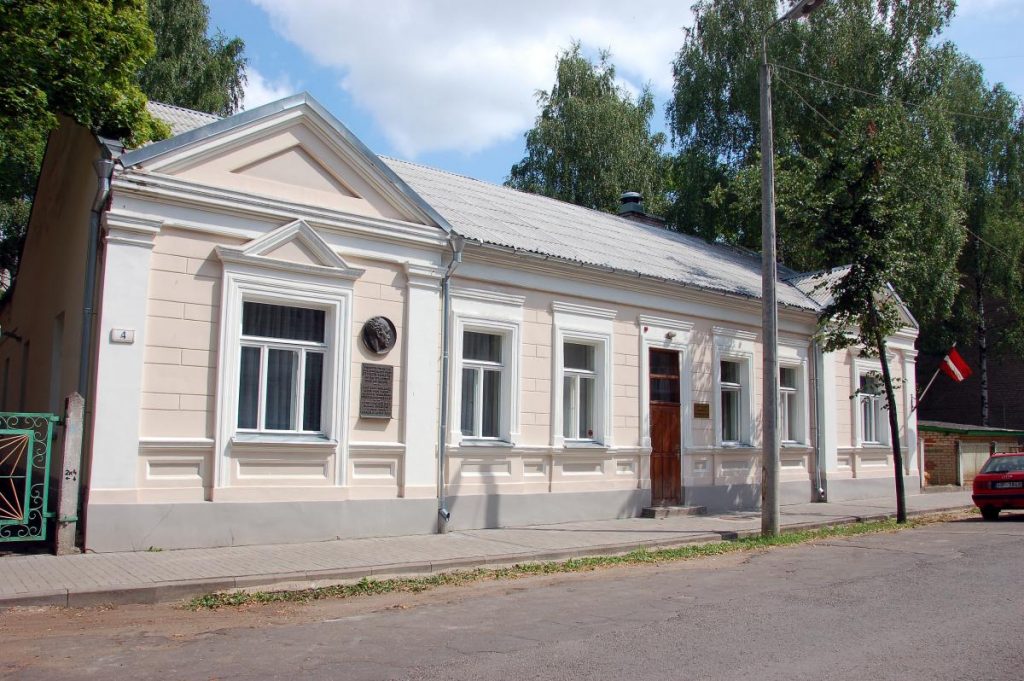 There is house number 4 on Mihoelsa Street, where the great actor Solomon Mikhoels was born in 1890. This outstanding person is rightly considered the legend of the 20th century theatre.

Mikhoels was born in Daugavpils (Dvinsk at that time) in 1890 in the patriarchal Jew family of Vovsi in Postojalaja Street, which now is named after the world famous actor’s name. The boy’s name was Shloime. In 1905 the Vovsi family moved to Riga. Shloime was spellbound with actor’s skill. In one of the workshops, playing King Lear, Shloime said that once he would play tat role on a big stage. These words came true. In 1935 he played King Lear and became world-famous.

After his father’s will in 1915 Shloime joined Petrograd University Faculty of Law, but in his last year he left the university and became the studies student of the first Jewish theater in the world established by A.Granovskij. At the age of 29 Shloime Vovsi changed his name to the pseudonym and became Solomon Mihoels. When the study theater was renamed to the State Jewish Theatre, Solomon Mihoels, in 1929, began to work as its artistic director. He was in this position until his tragic death. After WWII  S. Mihoels founded his own theater. He created also the vivid film roles in the films “Circus”, “Jewish happiness” and “Openheim family”. In 1946, the actor was awarded the USSR State Prize.

In 1941, Stalin established the Jewish Anti-Fascist Committee. It was directed by Solomon Mikhoels. The committee’s task was to ask the USA for help. Many tens of millions of dollars flowed to the till of the Soviet Union. When the war ended, the Cold War and core competition began between the USSR and the USA. The Anti-Fascist Committee was no longer needed. S. Mihoels died in 1948 in Minsk, in the faked car crash according to Stalin’s order, the truck ran over him mutilating beyond recognition.