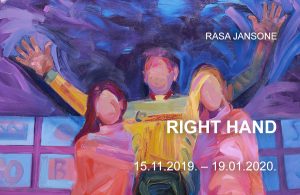 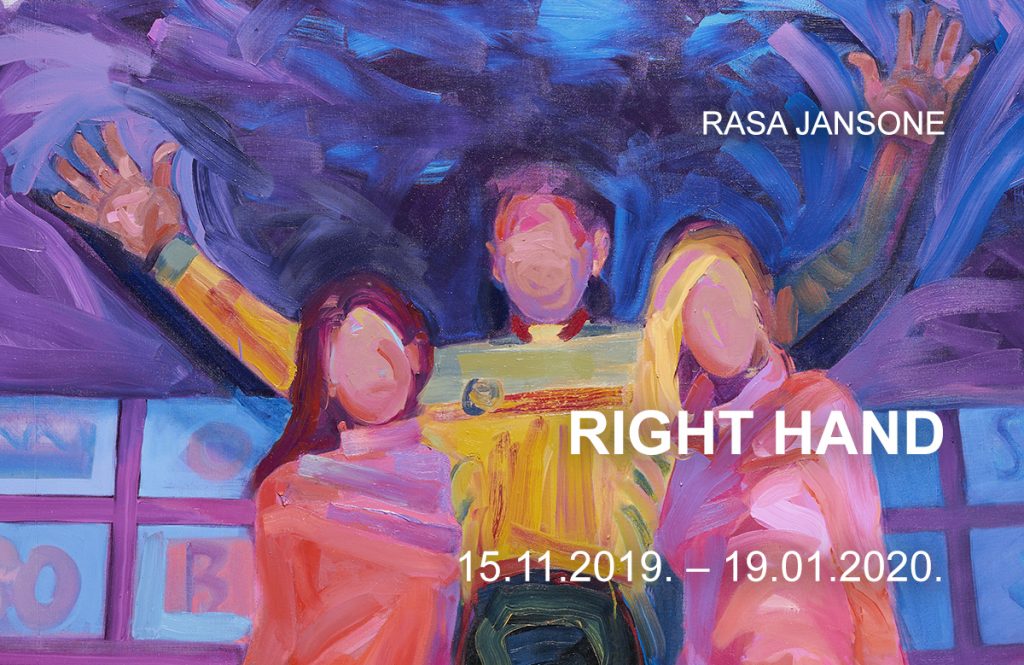 The expression “right hand” is typically used in a positive sense. What is “good” is on the “right”, close by, it is something one can rely on. An integral and active performer. Where would one be without one’s right hand? At the same time, the right hand is only a limb, a part of the body, which is the true initiator of a given action. Similarly, the person who is someone’s “right hand” is active, helpful but invisible and with no claim for appreciation. There is a deeply ingrained notion that a woman is like the “right hand.” In family life, relationships and at work. The best of right ones, of course.

Rasa: ““Exercise Machine” is a series of self-portraits that exist because I have a child. I’ve watched my daughter play and, from time to time, I have also really wanted to join in. Now and then, I feel like I am a toy in my daughter’s hands. It feels nice, but also horrifying, that she has such power over me. Play warrants a logical question if toy manufacturers are fully aware of what they have created and what messages are transmitted by the things the younger generation uses in such good faith to play out its domestic scenarios.”

I Shall Embrace You and Keep You Warm

The image of Madonna contains a fundamental contradiction. She is a woman like any other woman and like none other at the same time. Only a woman who has not been tainted by the “carnal sin” can miraculously feed God and, through Him, also all Christians. That is something that no other bearer of breasts will ever be able to do. However, her power is strictly subordinated to a higher masculine power. Without the Lord’s own plan for Jesus, Mary’s tale would not exist. As the one and only Our Lady of Milk (one of Mary’s epithets in the Roman Catholic Church), Mary sets an unattainable standard of holy motherhood, and sometimes this standard can burn you.

An anthropological study, an attempt to literally measure the amount of work, time and effort that was such an obvious part of women’s lives that it became invisible and dull to the people who surrounded them. Can an artist who is capable of filling a pantry solely in the name of art be anything more than the previous generation of her kinswomen who did it for survival? Or maybe, quite the contrary, she is something less? Labels on jars carry quotes from private conversations, snippets from mass media and fragments of literary works. They map out a space where women and men live together through their “verbal diet”.

The strong grandfather meets the beautiful grandmother and together they create a strong and beautiful family. The current generation of forty-somethings has grown up with this tale, in the mythic glow of the First Republic of Latvia, which shone quite literally from the photographs of their grandparents. As the forty-somethings of the present-day free Latvia prepare to become grandmothers and grandfathers, they have discovered that things are not exactly what they would seem. An inkling of long, unaccounted breaks and gaps in the good old story warrants some questions. How did granny really feel in her beauty and what exactly did grandpa do with his strength? What is the real price of “traditional values”?