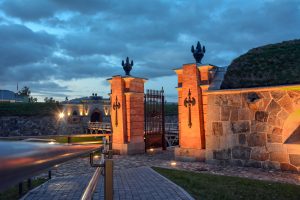 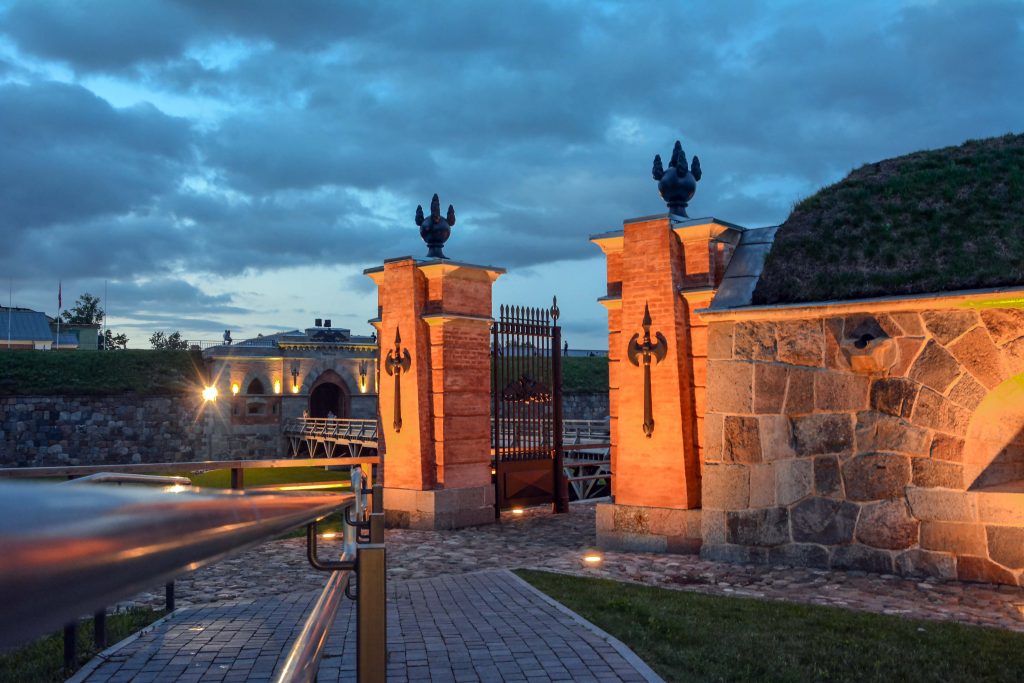 Daugavpils fortress is a unique cultural and historical architectural monument of national importance with a total area of 150 ha. Daugavpils fortress is also considered as the last bastion-type fortress in the world that has been preserved without any significant alterations since the early 19th century. The fortress from the bird view reminds the shape of a sun or a star but some find relations with a turtle or even a bat. This particular fortification system’s shape was created specially to avoid so called “dead zones” around the fortress. Accordingly, the enemy can be easy noticed regardless of its location and the territory can be controlled effectively at the same time. It is supposed that 85% of the all fortifications remained in its initial condition till nowadays. All these aspects make the Daugavpils fortress the one of the most popular tourist attractions in Daugavpils.

The interior design of the fortress is equally important because it is possible to observe buildings constructed in the early 19th century and preserved well till these days. There are 80 buildings in total and 10 wide streets named in accordance with historical events. Currently, the fortress infrastructure and its buildings undergo dynamic development in conjunction with reconstruction and restauration processes. One of them, for instance, is a water lifting house where the Daugavpils fortress Culture and information centre is located. Furthermore, the renovated former Commandant house is a place where Latgale’s regional department of State Police is placed nowadays, as well as the building of the Artillery arsenal that is used by the Daugavpils Mark Rotko Art centre at the moment. Besides, the restoration of the historical appearance of the Nicholas Gates took place recently. In fact, this project was awarded for the best restored object in Latvia in 2014. The wooden bridge leading to the Nicholas Gates was also recreated, as well as the first coastal lunette with a guardroom in 2014. These particular projects have transformed the appearance of a fortress image and made it more attractive to the visitors.

The construction of the fortress began during Napoleon’s attack on the Russian Empire in 1810 and was resumed immediately after the War in 1812. The fortress project was design by the colonel-engineer J. Heckel and almost 12 thousand people were building the fortress continuously in two shifts. Fortress became a home to the garrisons of the Imperial Russian Army until the World War I and it could accommodate up to 6,000 soldiers. Latvian independence was officially recognised by Soviet Russia in 1920 and between 1920 and 1940 the fortress became a home of the Latvian Army. Latvian regiments left the fortress and Soviet Armed Forces settled there in 1940. During World War II, the hostage camp “Stalag 340” was set up in the fortress. The Jewish ghetto was located in the bridgehead, on the left bank of the river Daugava, where Jews from all surrounding regions were placed in 1941. The fortress was home to the Daugavpils Higher School of Military Aircraft Engineering from 1948 to 1994.  Nowadays, the fortress has become a residential part of the city where more than 1000 inhabitants are officially registered and living there.

Today the fortress undergoes dynamic development as the greatest culture, tourism and business centre which makes it more interesting and attractive for tourists from both domestic and international tourism markets. There has been a huge work done in restoring the fortress historic image and sites. More than 30 mil euros were invested in the fortress renovation projects in the last years. There is something to see for everyone. Families prefer this place for walking, as well as for photo shoots.

The fortress hosts various events, for instance, the Night of Museums along with European Heritage Day are organised every year. What is interesting, a new tradition born is a celebration of the Festival of the military reenactment clubs where visitors can experience the events of the 1812 War in Daugavpils fortress and observe how the French army attacks and Russian army defends the area. In addition, there is always a variety of entertainment and educational facilities available in the fortress that can accommodate the needs of any age regarding the interests and the needs.

Daugavpils fortress Culture and information centre is a place where it is possible to learn about the fortress history, to find out the information about the planned development and rejuvenation projects, as well as upcoming events. Visitors can also view the exhibition devoted to the fortress, get a fortress map and valuable tourist materials.

We are looking forward to see you in Daugavpils fortress!

Excursions to the Daugavpils fortress