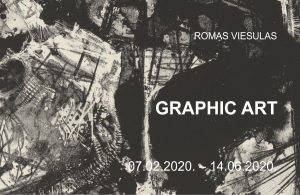 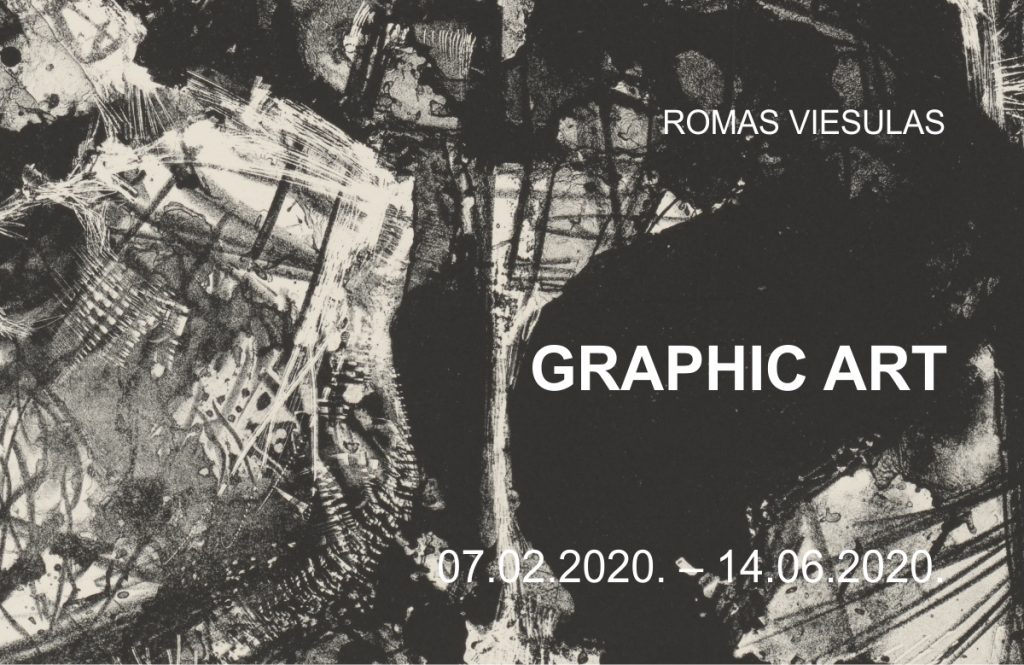 
Expressiveness, vitality, technical virtuosity, powerful colour – these are just a few of the positive aspects visible at first glance in the work of graphic artist Romas Viesulas (1918–1986). His abstracted visions, however, mask a stinging pain and raw emotional experience, where we can recognise the complicated world of today.

Viesulas earned wide recognition and became internationally famous as a master of lithography. He was enticed by the spontaneity of this technique, the soft and subtle half-tones and deep velvety black tones, the freedom of the drawing and the possibility of conveying the quiver of ultra-fine lines on the verge of dissolving. Viesulas’ expressive and spontaneous manner of applying free strokes and painterly coloured lithographs were gradually replaced by a more sombre minimalist expression and experimental discoveries of art synthesis. A great lithography enthusiast, he made a significant contribution to the popularisation of this technique in the United States.

Thanks to the efforts of Viesulas and his colleagues, the famous Tamarind Lithography Workshop continues to flourish today. Viesulas was very effective in popularising lithography through his academic activities: from 1960 he worked at the Temple University Tyler School of Art in Philadelphia, became professor and head of the Graphic Arts Department. The artist was sent to Italy on numerous occasions where he intermittently taught at the Rome branch of the Tyler School of Art, before being appointed as the director of this art school in 1985 – a post he held until his death. Viesulas was an artist of wide interests, he collaborated in the American Lithuanian press, wrote articles on Lithuanian art and gave lectures. He wrote poetic introductions to his graphic art series Toro Desconocido (1960) and Hew (1963), monograph about the graphic art teacher at the Freiburg School of Art and Crafts, Telesforas Valius, also writing about Mikalojus Konstantinas Čiurlionis and Adomas Galdikas, and was actively interested in various matters in art life. In 1984 he was declared the winner of the competition announced by the Vatican to design a postage stamp with St Casimir. The artist held over 50 personal exhibitions and participated in many group shows in the United States, France, Germany, Yugoslavia, Poland, Spain, Portugal, Greece, Japan, Chile, Australia, Mexico and Canada. Museums, galleries and libraries from over 40 foreign countries have Viesulas’ works: the Museum of Modern Art and the Metropolitan Museum in New York, the Washington National Gallery of Art, the San Francisco Museum of Fine Arts, the Seattle Art Museum, the Walker Art Centre in Minneapolis, the Museum of Modern Art in Kamakura (Japan), the Vatican Museum, the National Library in Paris, the National Museum in Krakow and many more.

Exhibition from the Collection of Lithuanian Art Museum